From the fastest to the slowest, the most successful and the most historic, some key facts from the 72-year history of the Sydney Hobart Yacht Race, the world’s most famous southern hemisphere offshore race

The Rolex Sydney Hobart race is one of a handful of bucket list races that take place across the globe and sits alongside the Rolex Fastnet Race as one of the world’s best know sailing races.

As the name implies the Sydney Hobart race is a 630nm yacht race starting in Sydney, New South Wales, and finishing in Hobart, Tasmania. The race sets off each year on Boxing Day and sees boats fighting it out for line honours and the overall win on handicap. 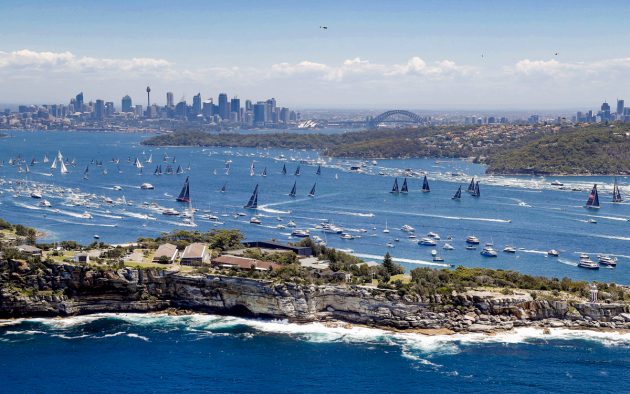 1 – The race is organised annually by the Cruising Yacht Club of Australia (CYCA) and begins on 26 December. 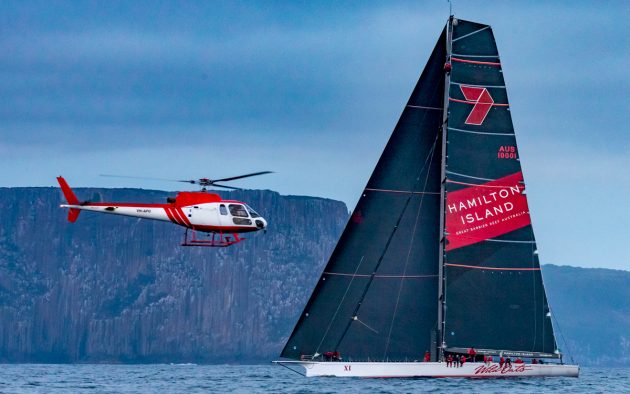 3 – 2020 was the first time the Sydney Hobart has been cancelled in the 75 history of the race, with Covid forcing the cancellation.

4 – 2021 is the first time the Sydney Hobart race will allow doublehanded entries. A reflection of the sports fastest growing sector, shorthanded offshore racing.

5 – The first race took place in 1945. Originally the idea was to cruise in company to Hobart, but British naval officer and keen yachtsman John Illingworth suggested turning it into a race…

11 – The slowest elapsed time belongs to the 40ft yawl Wayfarer, which belonged to Peter Luke, a co-founder of the CYCA. In the first race in 1945 he finished in 11 days, 6 hours and 20 minutes. 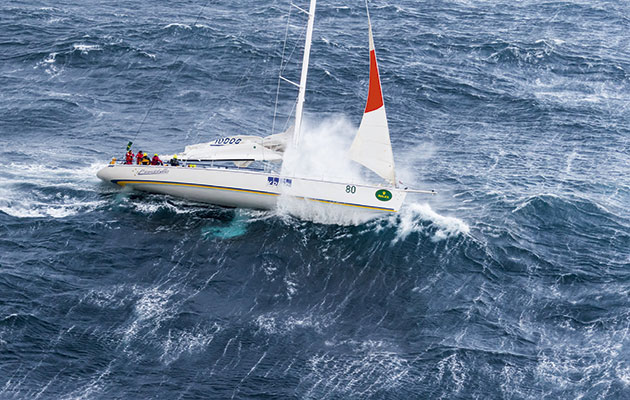 Maxi Yacht Brindabella in the very strong conditions during 2013 Sydney-Hobart Race. Strong conditions are regularly experienced but nothing compares to the 1998 disaster. Photo: Rolex/Carlo Borlenghi

12 – The 1998 Sydney Hobart race made global headlines when a hurricane-force storm tore across the fleet. Five boats sank, six people died. A resulting report recommended changes to preparations and sea survival training that came to be a step change in ocean racing worldwide.

14 – The oldest skipper to date was John Walker who raced in 2008 aged 86. He retired then – he and and his boat had achieved the milestone of 25 Sydney Hobarts.

16 – Women first participated in the Sydney Hobart in 1946. The first woman to take part was Jane Tate, whose boat Active was the only one to reach Hobart in 1946. Thus, the Jane Tate Memorial Trophy is awarded each year to the first female skipper to complete the race.

17 – In 1975, the first all-women crew sailed was the boat Barbarian, skippered by Vicky Willman. Since then up to 2021, there have been another 12 all-female entries.

19 – The youngest participant was Perth yachtsman Rolly Tasker’s four-year-old daughter, whom he took along in his maxi, Siska, in the 1970s. There have been a number of teenage skippers and crew, including in 2011 the Australian and British round the world sailors Jessica Watson and Mike Perham, then 19 and 19, sailing with the youngest ever crew – ten people aged under 22.