Will Oxley is nothing if not meticulous in his preparation. Which is why he wouldn’t panic too much if the weather forecasts were inconclusive, or proved to be completely wrong. Will is a big fan of using historical trends and data to paint an accurate picture of the future.

“By looking at the historical weather you can understand why someone did something and why it worked or didn’t work. That’s how I generally approach any race so that – even if all the instruments went down – I still have a view on what typically works in any given scenario.”

Part of the challenge in the modern era of navigation is coping with a huge mass of information, so Will also offers some great advice on how to pan for the nuggets of gold, the 10% of data that really matters the most.

This research enabled me to map out the course, look at the various routes we might take and the reasons why. Then I looked at the tracks from previous races (available with the YB Tracker) to see what everyone has done in the past, particularly what the winners did. 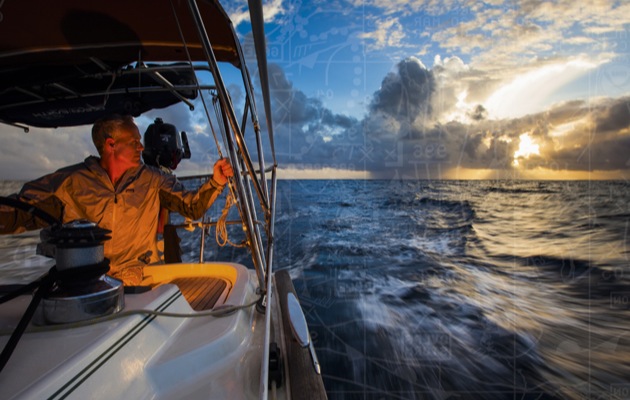 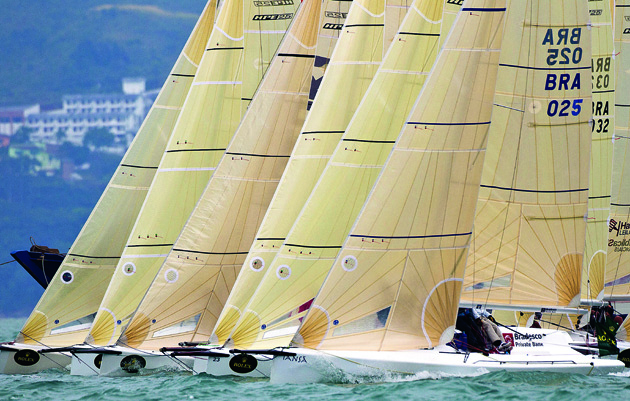 For the leading boats clear air comes free, but for those locked in the middle of a competitive fleet this…

You may well have an overwhelming multitude of GRIB files and data to look at, and it’s not very helpful if you weight them all equally. You need to know when one is better and why, and in what particular situation that GRIB might be better?

There’s now a great piece of software called Model Accuracy, which quickly and easily does this ‘GRIB weighting’ analysis for you. Each day you’re out sailing, navigation programs like Expedition or Adrena collect a second-by-second log of your true windspeed and true wind direction.

Using Model Accuracy, you can compare your GRIB files with these data logs and determine which model performed best on that day and why. You can build a very strong idea of which one of your many GRIB files is the ‘go to’ model.

Whenever I do a big race like the Fastnet, my preparation will involve finding all the observation stations that are available, both government and non-government, using sources like SailFlow. Looking at the historical data from these stations will help you understand things like when the sea breeze fills in, or what time the land breeze begins.

Let’s say it’s getting close to race day, and there’s a high pressure situation building; I’ll look at those observation stations for the two or three days beforehand and check what time it changed from land breeze to sea breeze, to build a pattern of when that switchover tends to take place.

4. Watch the other boats

Using the routing of other boats in the Fastnet Race on the YB Tracker was incredibly helpful in terms of working out what was happening ahead on the racecourse. You can download the position of the fleet every 15 minutes and then, using Expedition or Adrena, you can infer the speed and course over ground of all of the boats you’re interested in monitoring.

You’ve also got the vast majority of boats running AIS, so now you have a squillion ‘quasi weather stations’ around and ahead of you, in addition to the coastal observation stations already mentioned. Watching the progress of our closest Fastnet competitors, all of their tracker data was incredibly useful for indicating where the conditions were changing ahead of us, both wind strength and direction.

This historical analysis helps you understand which stations to trust and which to ignore because, for example, it might be on a hillside with a strong funnelling effect that causes it to massively over-read the wind strength.

You want to make sure that at least one other person on the crew is well up to speed with your plans and your strategy. Don’t keep it all to yourself.

On Wizard, for example, I have a close relationship with skipper Charlie Enright, who really understands this stuff. But on any yacht I sail on, whenever there’s a change of watch, I’ll spend 10 minutes briefing the watch captain about what to expect over the coming hours, what suggested course to steer and prompters for when to tack or gybe. 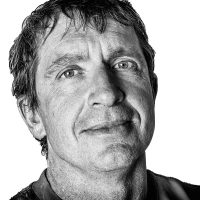 Will Oxley was a marine ecologist on the Great Barrier Reef before taking up a sailing career. The Australian was a skipper in the 2000-01 BT Global Challenge race, has worked on four Volvo Ocean Race campaigns and this year navigated the VO70 Wizard to victory in the Transatlantic and Rolex Fastnet races.

First published in the November 2019 edition of Yachting World.

The post 5 racing tips: How to win when the weather forecast goes wrong appeared first on Yachting World.