One of the premier offshore races in the world, the Transat Jacques Vabre is a great race to follow for anyone with an interest in offshore and shorthanded racing

The Transat Jacques Vabre is one of the ultimate tests of short-handed racing, a double-handed dash from France that sees many of the world’s top racing machines take on the North Atlantic in often brutal winter conditions. The 2021 race starts on Sunday, 7 November.

The Transat Jacques Vabre is nearly 30 years old, having first run in 1993 and every two years since, though the concept of the route is far older – the race course traces the historic coffee trading routes between France and Brazil used by clipper ships in the 19th century.

After starting in Le Harve, this year the finish has shifted from South America to Martinique in the Caribbean, with a mid-Atlantic turning mark of Trindade, off Rio de Janeiro, added for the fastest Ultime trimarans bringing their race distance up to 7,500 miles.

Meanwhile the Ocean 50 multihulls and IMOCAs will round a mark off the Brazilian archipelago of Fernando de Noronha, in a nod to the race’s historical destination, covering around 5,800 miles, and the Class 40s pass the Cape Verdes before heading to Martinque, around 4,600 miles.

However, the race is often decided in the opening miles, with the Bay of Biscay in November often delivering brutal, sometimes boat-breaking conditions.

The competitors taking on this gruelling ocean sprint are a true ‘who’s who’ of offshore sailing.

Fleet sizes are massive with 22 IMOCA 60s and a massive 45 Class 40s. Add in seven Multi 50s and an incredible five giant 100ft Ultime trimarans, and there are 158 of the world’s best sailors taking part. 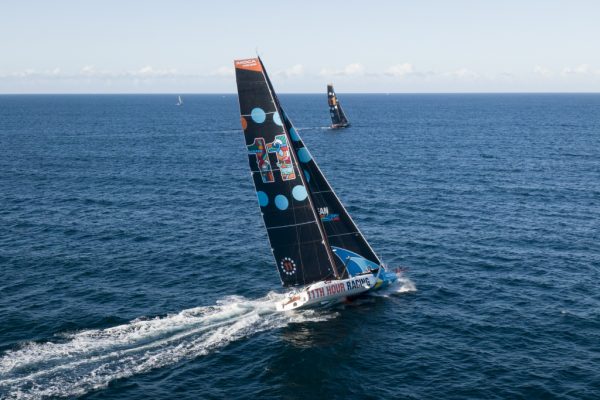 Thomas Ruyant and Morgan Lagravière are also serious contenders in LinkedOut, whilst Jérémie Beyou and Christopher Pratt in Charal will be looking to avenge Charal’s disappointing Vendée Globe.

One of two boats racing for 11th Hour Racing, the newest IMOCA in the fleet is the recently launched Mālama skippered by Charlie Enright and Pascal Bidégorry, making its competitive debut from Le Harve.

The Ultim trimarans represent the fastest and most advanced foiling offshore designs ever created, and an astonishing fleet of five will be racing in this month’s Transat Jacques Vabre, all looking to blast across the Atlantic at speeds approaching 40-knot averages. 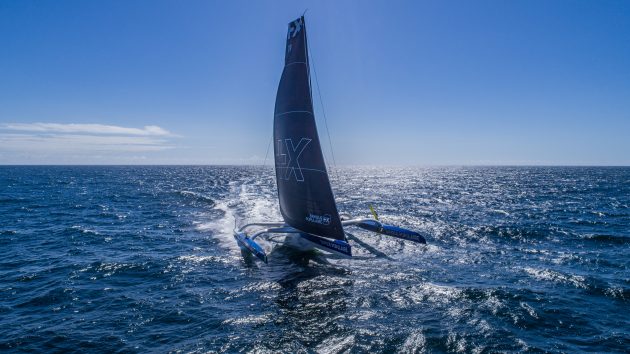 The all-conquering Gitana entry of Maxi Edmond de Rothschild, skippered by Franck Cammas and Charles Cauderlier, will be looking to continue their winning streak.

But the competition is unreal: former Vendée winner Armel Le Cléac’h teams up with Kevin Escoffier in his new Banque Populaire XI, while the fastest man to sail around the world, François Gabart, will be racing his brand new SVR-Lazartigue with Tom Laperche.

They face the more tried-and-tested designs of Sodebo, skippered by round the world record breaker Thomas Coville, and Yves Le Blevec’s Actual Ultim 3.

This fleet is the most high octane, knife-edge class in ocean racing today, and will be sure to deliver a breath-taking spectacle.

Though some key British IMOCA skippers are sitting this year’s TJV out (including Pip Hare, who’s getting her new Medallia up to speed, and Alex Thomson, who recently announced he won’t be competing in this Vendée cycle) there are still many strong British contenders. 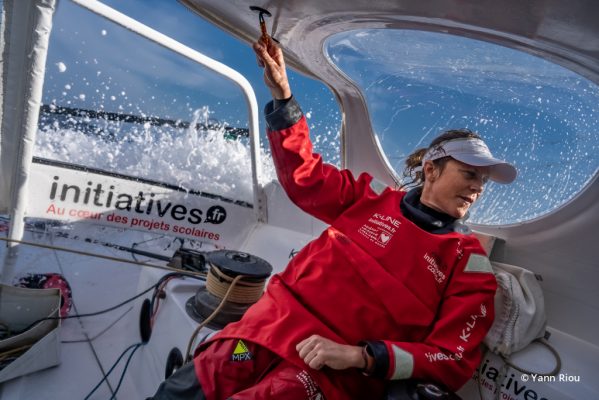 Sam Davies is sailing one of the last major races in her current Initiatives Couer, this time with Nico Lunven, before she steps up to a new Sam Manuard foiler next year. A good result for Sam after two tough Vendées would be enormously popular on both sides of the Channel.

Former Volvo Ocean Race sailor Simon Fisher, sailing with Justine Mettreaux aboard the 11th Hour Racing entry Alaka’I (a former Hugo Boss design), is likely to put in a strong showing, having proved the strength of their partnership with a 3rd this year’s Rolex Fastnet Race.

In the Multi 50s, Sam Goodchild is skippering Leyton after a strong debut season in the class.

Meanwhile in the enormous Class 40 fleet the vastly experienced sailor and yacht designer Merfyn Owen steps back onto the helm of Polka Dot. He races aound the world record sailor Brian Thompson, who’s teamed up with fellow Brit Alister Richardson on Tquila.

Follow latest race developments, including the live tracker, at https://www.transatjacquesvabre.org/en