Matthew Sheahan looks back at another crazy day of America’s Cup racing in Auckland, which saw assumptions turned on their head once more

I’m off to buy a gum shield tomorrow. It’s bad enough grinding my teeth at night, but doing it for an entire afternoon while watching America’s Cup racing is starting to hurt.

Today was yet another extraordinary day. Just as we thought we were getting a handle on the finer aspects of each of these teams, we have to re-set what we thought we knew once again.

Just as we thought that it wasn’t possible to pass in light winds we had lead changes in both America’s Cup races today.

And just as we thought we might be here for a few more days we have had to accept that it might be all over tomorrow.

But as far as what happened today, Luna Rossa won both starts, led for the first few legs and then managed to lose both races. Now I write it like that, it sounds harsh, but that’s what happened. 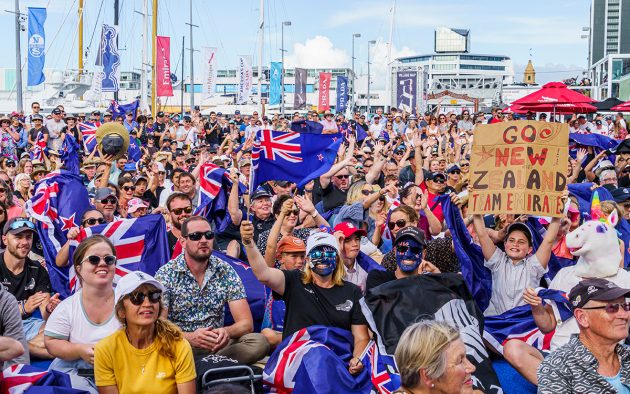 Success is defined by small margins at this level of competition, that and a sprinkling of luck.

In the first race of the day the turning point seemed to be when the Italians allowed the Kiwis to break away to the right-hand side of the course at the start of the second beat. The Kiwis had been looking seriously quick upwind, something else that was new to us. 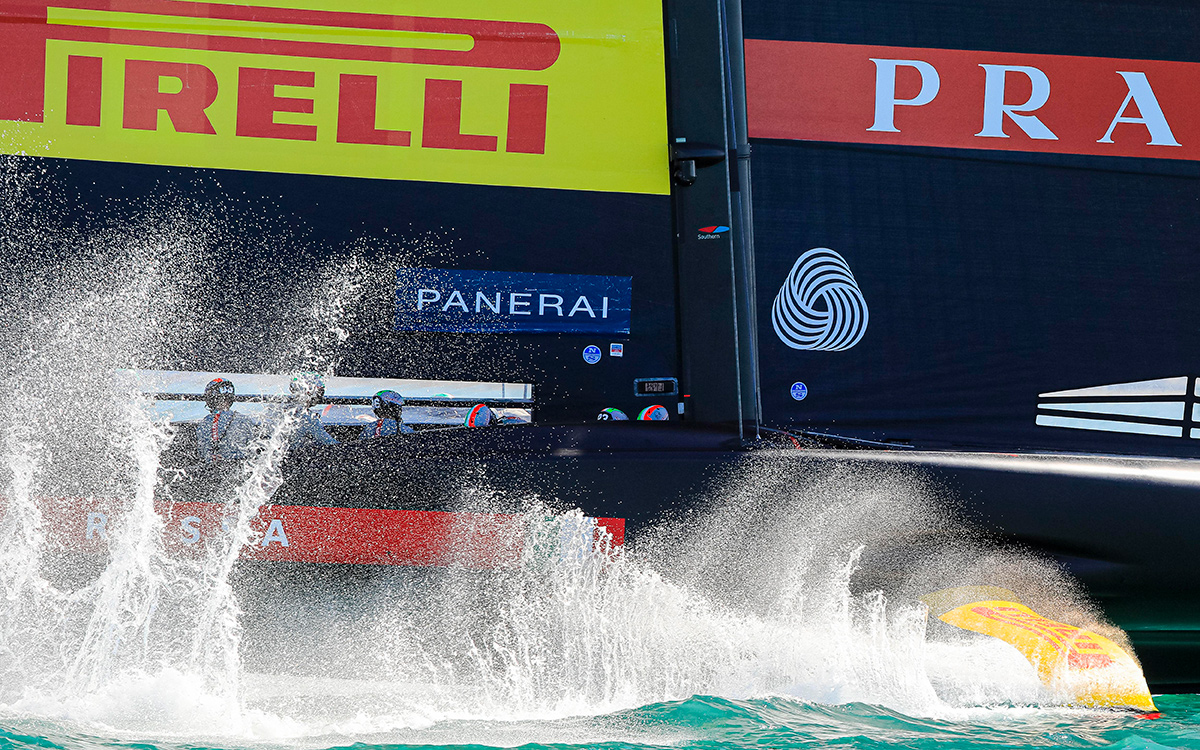 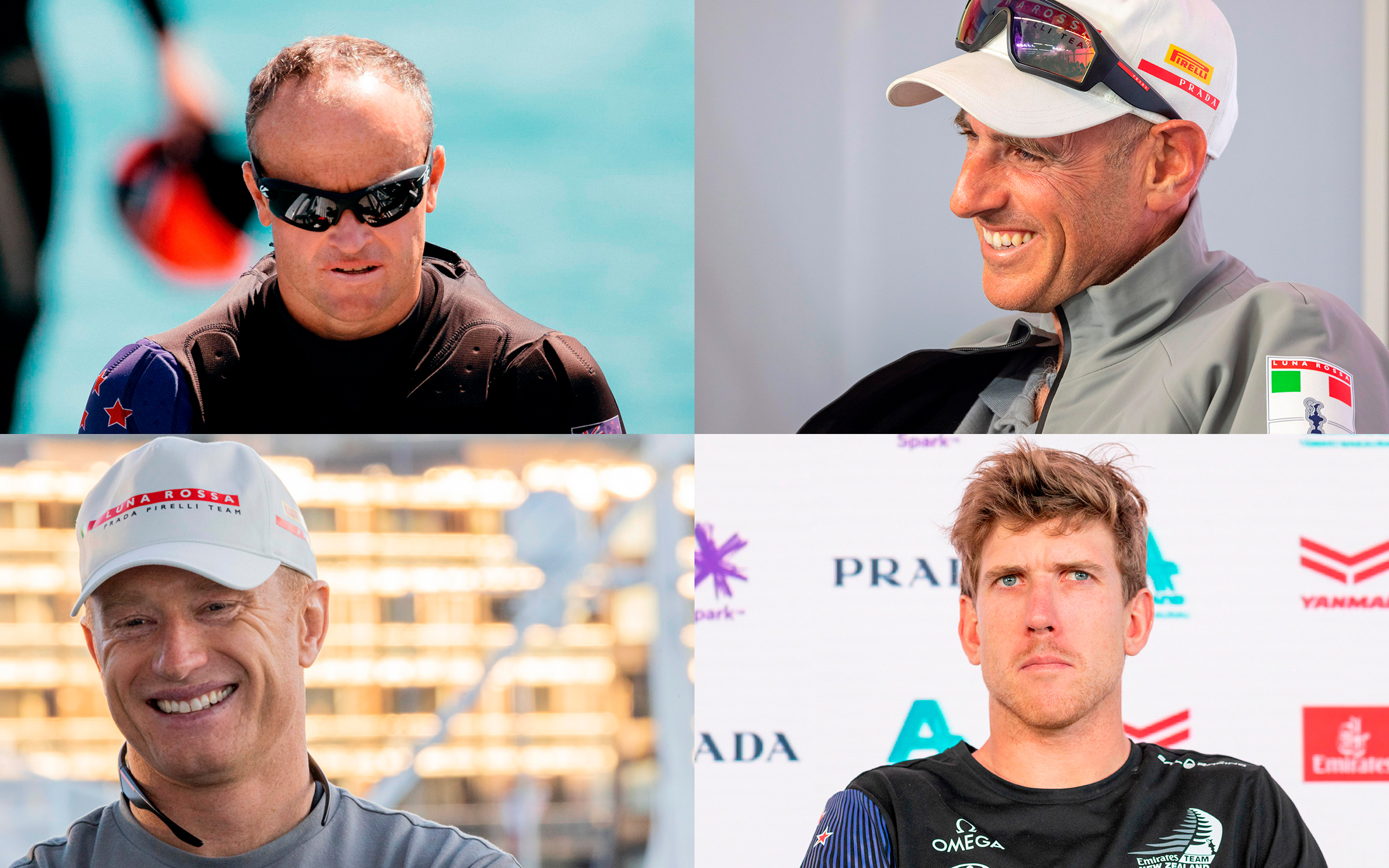 Once they were through there was little holding them back.

But it was the second race that was the real roller coaster. There are few (if any) Cup races on record that see a deficit of 2km recovered and then reversed in a short five lap race. Few that see the time difference between the two boats change by more than 8 minutes in a race of just short of 39 minutes. 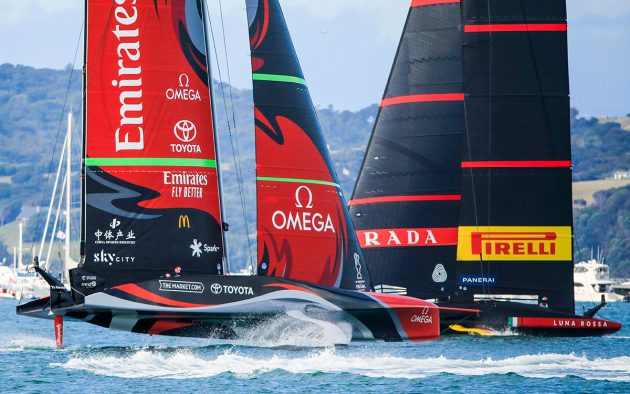 The main problem for the Italians, who as you know were leading at the top of leg 3 was that they stalled out their foil during a tack and dropped themselves back down into displacement mode. On the onboard comms you can hear Jimmy Spithill say, ‘lots of cavitation in that one,’ just as the spray rises up from the new leeward foil.

Once down there was no way back.

At this evening’s America’s Cup press conference, Peter Burling made no secret of the fact that they knew how fortunate they had been to get back into the race and while he acknowledged the Herculean effort his grinders had made to keep the boat on the boil his comment, “Better to be lucky than good,” said it all.

Spithill on the other hand is now in his ‘Pitbull’ element and was more animated this evening than we’ve seen him for a while. If there’s one person that can rally the troops it will be him.

Plus, the fact is that while the Kiwis will be delighted that they have taken a two race march, the reality is that they were beaten twice in the start by a team that has a slippery boat.

So, the Cup is within grasp, but will it happen tomorrow? Who knows.

This morning (Monday) Tuesday was forecast to be the windiest of the week, now it’s set to be a vacuum.

I’m making no predictions until I’ve got something to protect my molars.

You can read more from Matthew Sheahan on his blog at planetsail.org.