The much anticipated announcement of venue for the 37th America’s Cup, due to be unveiled today (Friday, September 17), has been postponed.

In a statement made Thursday evening, Cup holders Royal New Zealand Yacht Squadron (RNZYS) together with Emirates Team New Zealand (ETNZ), have confirmed that they are extending the selection period for shortlisted venues to provide more information to support their bids to host the next America’s Cup.

RNZYS Commodore Aaron Young said: “For the benefit of both the 37th America’s Cup and the eventual host venue, we would rather allow some more time now so we make the right decision as opposed to a rushed decision.”

The delay has been caused by a number of factors, not least New Zealand’s ongoing strict travel limitations which have made it difficult for key personnel to visit overseas venues bidding to host the Cup.

But there has also been a great deal of political wrangling in Auckland, with New Zealand businessman Mark Dunphy adding more detail to a last minute bid to keep the event in Auckland.

Dunphy, who is CEO and chairman of Greymouth petroleum, recently called for ETNZ boss Grant Dalton to step down, so there is clearly no love lost between the pair. However, the potential for a home defence will appeal to many in New Zealand. 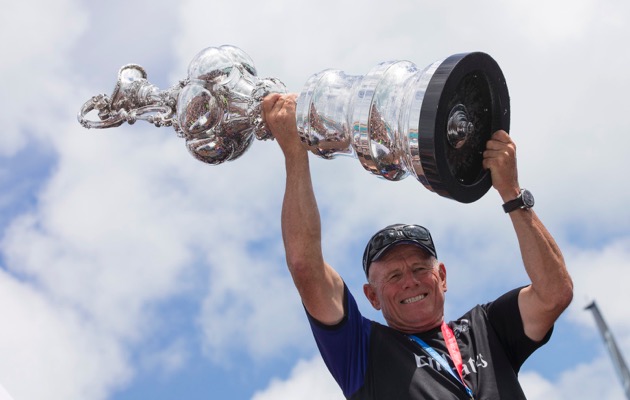 Grant Dalton, CEO of ETNZ, commented: “The fundamental fact is that we have a number of outstanding potential venues literally going down to the wire and all of them with strong and competitive bids on the table and firmly committed to completing agreements in the coming weeks – that’s a good place to be in for sure.

“It’s frustrating not to have been able to close our agreement with a Host Venue by the planned date of 17 September as previously proposed but we are now giving ourselves more time to work through the final details of the respective venues as the current COVID situation in New Zealand has made the process more difficult.

“As we have always maintained throughout, however unlikely it seemed, Auckland has never been off the table for obvious reasons. So now that we finally have an 11th hour letter from Mr Dunphy, it would be remiss of us not to explore the viability of an Auckland event and if it in fact can be fully and completely funded locally. To date there has been no evidence of this being the case.” 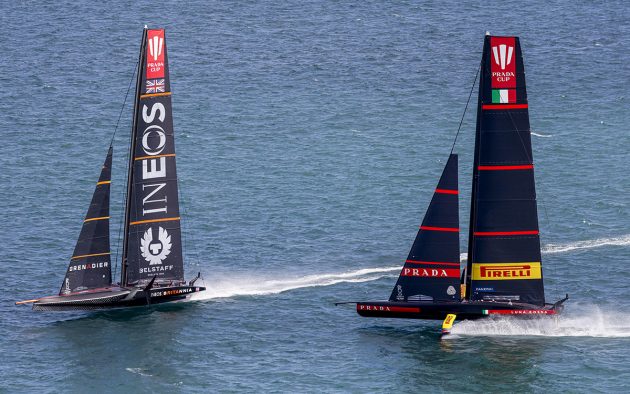 INEOS Team UK commented on social media: “’As Challenger of Record we continue to support the Defender to negotiate a venue decision at the earliest opportunity, as we appreciate how important a decision this is for all teams looking to challenge for the 37th America’s Cup.”

The host venue selection process for AC37 has been both fraught and widely speculated on. Bids are made, and considered, behind closed doors, with little publicly announced until the final decision. However, these are the venues known to have been in contention:

Where will the 37th America’s Cup be held? 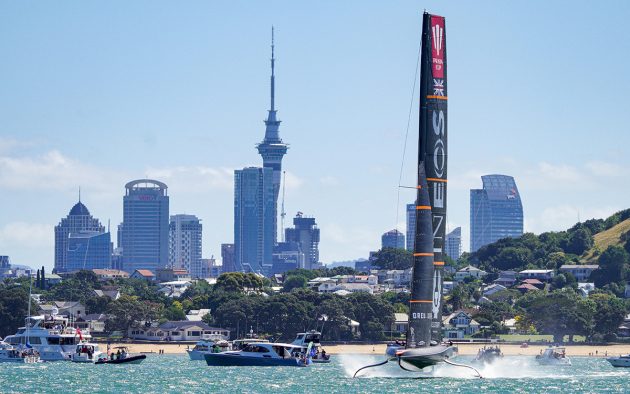 New Zealand was the only nation in the world that could have hosted such a ‘normal’ and successful 36th America’s Cup during Covid times, thanks to their strict border controls. However, those same border controls meant that the vast revenues predicted to have been generated through tourism, visiting superyachts, and other events related to the Cup (like the cancelled Youth America’s Cup) simply never materialised.

Securing public interest in sailing is never an issue in New Zealand, the country is unquestionably the most passionate nation of America’s Cup followers in the world. But securing public funds is another thing altogether.

Auckland had an exclusive period in which to tender for the 37th America’s Cup, but the sums on offer were not enough, and Dalton cast the net wider internationally after rejecting a NZ$99 million (£50 million) offer from the New Zealand government.

“Our view is that we want it to be hosted here. We’ve put our best foot forward, but there’s also limits to what we can do,” New Zealand Prime Minister Jacinda Ardern told local radio station Radio Hauraki in June.

Auckland has never been ruled out, however, and New Zealand fans must be hoping that Dunphy’s controversial bid for a home defence will draw out some additional private backers.

From a sporting perspective, defending the America’s Cup on home waters – or attempting to wrest it from the Kiwis in their own harbour – would give the 37th America’s Cup a real heart-and-soul narrative that would be hard to beat. 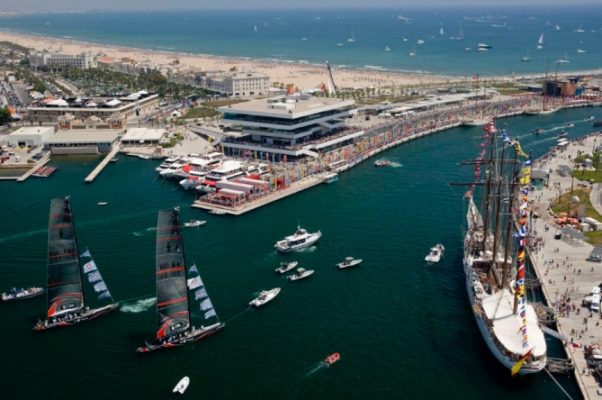 Might Valencia return as an America’s Cup host venue?

Valencia, host venue of the 2007 America’s Cup and 2010 Deed of Gift Match, was widely tipped to be among the favourites to host the 37th Cup, until representatives confirmed the city was withdrawing its bid last week.

However, this was swiftly followed with the announcement that an all-Spain bid, including events in both Valencia and Barcelona, was still progressing.

In a written statement, the All Spain group said: “We can confirm that our discussions with Team New Zealand and America’s Cup Event Ltd continue to advance forward very positively with the backing of the Prime Minister of Spain and the central Spanish Government continuing to work with us to finalise details and event proposals. These discussions started some months back.” 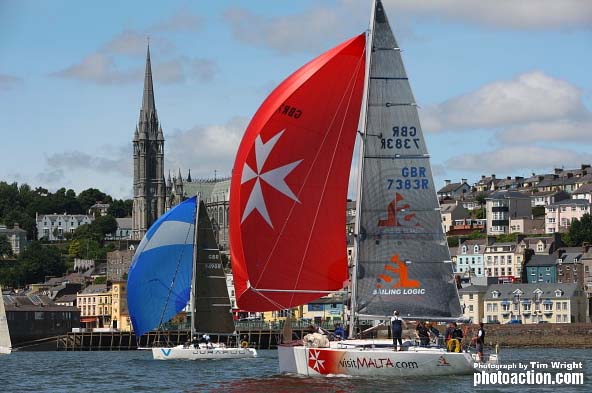 A surprising outsider, Cork on the south-west coast of Ireland became one of the front-runners in the host venue bid contest.

However, Ireland has requested extra time to prepare its bid – something that led Marcus Spillane, a vice president of World Sailing who is originally from Cork, to vehemently criticise the Irish government in the Irish Examiner. “Ireland is never going to host an Olympics or a FIFA World Cup,” he said.

“The America’s Cup is a global sporting event. We got right to the finish line and then we decided not to take the extra step. It demonstrates a lack of imagination and ambition.

“I understand the need to get value for money, but let’s be clear – you get an opportunity like this once every 15 to 20 years and when you do, you have to grasp the opportunity.”

This postponement is unlikely to be as lengthy as the Irish bid were hoping for, but may yet put them back in the fray.

From a sailing perspective, the notion of racing the AC75s in the Celtic Sea – let alone the shoreside entertainment of an America’s Cup in Crosshaven – certainly has potential to make for a memorable event.

There’s been ominously little publicly announced regarding this bid, though it has been widely considered as one of the most likely scenarios. Moving the America’s Cup to the Middle East could solve the funding issues for New Zealand, and draws a clear line to the defender’s long-time previous backers of the Emirates airline.

A move to Saudi Arabia would be wildly unpopular among many Cup fans, thanks to the country’s position on environmental issues, civil liberties, and women’s rights – especially in light of the recent announcement of an AC40 class for a Women’s and Youth America’s Cup. However, in the unpredictable world of the America’s Cup, nothing can be ruled out.

These three bids aren’t expected to be among the four that were still on the table in the final rounds. 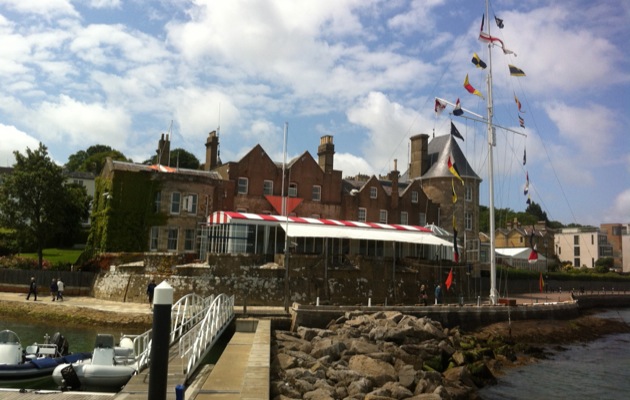 The Royal Yacht Squadron in Cowes

The notion of a Deed of Gift match in the Solent between New Zealand and the Challenger of Record, INEOS Team UK, incited a great deal of interest among British sailing fans, and could have provided a memorable event with fewer logistical challenges than racing in New Zealand during the pandemic. However, neither the UK nor New Zealand backers appear to have the appetite for funding a ‘private’ contest.

Doha was previously being discussed alongside Jeddah as a potential option venue to host the Cup on the Arabian peninsula. However, Qatar’s role in the ongoing political developments in the Middle East must make that increasingly improbable.

It’s all very quiet around Singapore’s bid for AC37 too. Like many Arabian nations, Singapore has positioned itself as a host venue for major international sporting events, such as golf and F1, but with far less controversy attached the south-east Asian country could yet prove a viable option.