A sailor taking part in this year’s Atlantic Rally for Cruisers (the ARC) was fatally injured, and his crew mates rescued 500 miles west of the Canaries.

Max Delannoy was sailing the ARC aboard the yacht Agecanonix, an X-Yachts X4.3. Delannoy, 73, was struck by the boom but the yacht’s crew were able to prevent him from falling overboard.

On a Facebook page set up for those following Agecanonix’s crossing, family member Stéphanie Barrière reported: “Our dear Max was a victim of an accident last night, when he was just taking the helm for his night shift, the boom violently hit him in the head. Philippe, who was in the cockpit, was able to hold him back from falling into the water, but he died suddenly.”

The three-man all-French crew were sailing Agecanonix as part of the ARC IRC Racing Division. They had opted for a course to the north of the rhumb line route to Saint Lucia, aiming for more consistent breeze and to avoid the light winds affecting the southerly route close to Cape Verde. Their strategy had seen Agecanonix move up to 1st place in Racing B division on November 25. 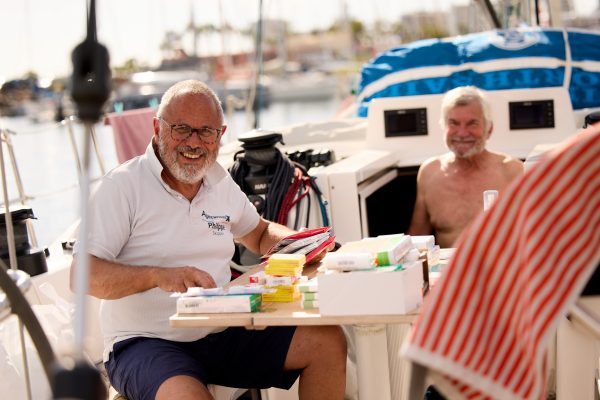 Skipper Philippe Anglade (left) with Max Delannoy (in companionway) preparing for the start of the 2021 ARC in Las Palmas. Max Delannoy was tragically fatally injured on 26 November. Photo: James Mitchell/WCC

A MAYDAY call was made from Agecanonix around 0000hrs on 26/27 November requesting a medical evacuation. Tragically, injured crew member Max Delannoy was declared dead before any outside help could be provided.

MRCC France Gris-Nez initially controlled the incident, before passing over to MRCC Ponta Delgada in the Azores, as the closest station to the Agecanonix.

At the request of MRCC, the 300m cruise ship PV Mein Schiff 1, diverted to evacuate skipper Philippe Anglade, who was also injured, his son Jean-Philippe Anglade and the body of Max Delannoy.

PV Mein Schiff 1 arrived at Agecanonix’s position at 2130 UTC on November 27. Conditions were challenging, with an easterly Force 8 wind blowing, and rough seas of 4-5 metres.

The 300-metre ship was positioned to create a lee for the rescue operation. The ship’s lifeboat was deployed and attempted an approach towards the Agecanonix. With winds gusting over 40kts the rescue operation had to be aborted. PV Mein Schiff 1 then remained on station waiting for the weather to improve and for daylight to break. 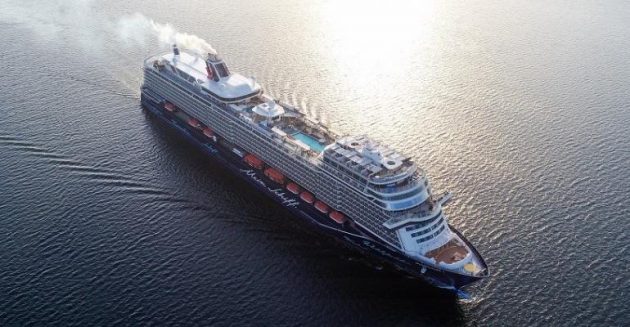 At around 1400 the following day, November 28, MRCC Ponta Delgada reported that the rescue operation was successfully completed, with both crew and the deceased safely on board. The PV Mein Schiff 1 set a course for Funchal, Madeira.

In their statement on the incident ARC organisers World Cruising Club added, “Our thoughts are very much with the Anglade and Delannoy families during this sad and difficult time.

“World Cruising Club would also like to express their sincere gratitude to all the staff at the MRCC’s involved in coordinating the incident, and in particular to the Captain, officers and crew of PV Mein Schiff 1.”