Huge demand for places on the transatlantic ARC rally has led to the addition of a third rally this winter, with almost 400 yachts set for an Atlantic crossing

After a year of lockdowns and travel limitations, such is the pent-up demand for sailing adventure that World Cruising Club will be running three ARC transatlantic rallies this winter, bringing the combined expected fleet to a record-breaking total of almost 400 yachts taking on an Atlantic crossing.

The ARC from Gran Canaria to St Lucia and ARC+ rally via Cape Verde will start as normal in November, but will be followed after Christmas by another, new Atlantic crossing event named ARC January.

Many crews who had been forced to postpone their Atlantic crossing in 2020 had transferred to this November’s ARC. Those numbers were further bolstered by new entries, and entries had reached the maximum of 315 yachts even before the beginning of this year. 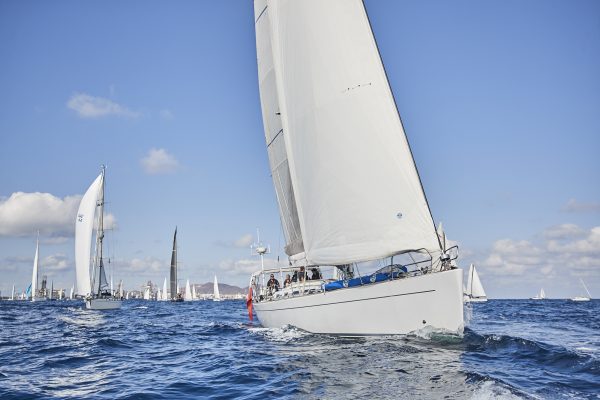 There has been huge demand for places for the 2021 ARC rallies. Photo: James Mitchell/WCC

“We had 180 boats hoping to go last year that transferred so we were already full, and enquiries kept on coming in. We had to find a solution,” explains Andrew Bishop, managing director of World Cruising.

“Rather than turn people away or have a big waiting list, we decided to launch a new event. We looked at all the options and in the end was best solution was to go in January.”

Within ten days of notifying skippers on the waiting list about the new Atlantic crossing rally, and before announcing it publicly, ARC January had 30 confirmed entries. “So far we have self-imposed limit of 75, but there is no reason why that couldn’t go up,” comments Andrew Bishop.

The rally will start on Sunday, 9 January 2022 and has the advantage of beginning in the height of the tradewinds season, so it should benefit from good winds and fast crossings along – or close to – the rhumb line between the Canary Islands and the St Lucia.

ARC January will not have a racing division, unlike the ARC, but it will feature parties, webinars and a shoreside programme similar to the slightly smaller, more family orientated ARC+ rally.

Meanwhile the ARC+ has a new destination for 2021 November. This year the ARC+ transatlantic rally via the Cape Verde Islands will finish at Port Louis Marina Grenada, also expanding capacity to 100 places.

In all, there will be three ARC rallies next winter, the main ARC direct to St Lucia, the ARC+ to Grenada and ARC January (also direct to St Lucia) in early 2022, creating between then places for 390 boats. This would be the largest number ever to sail across the Atlantic in organised groups. 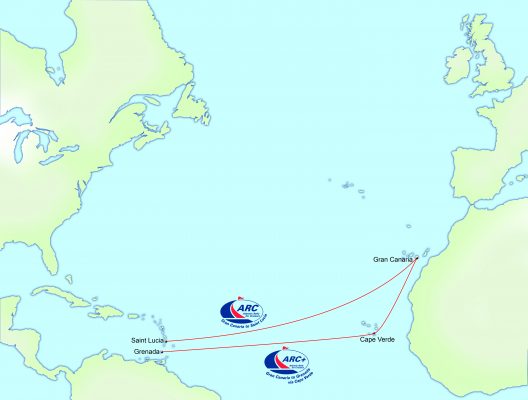 The ARC+ has been steadily growing in popularity, especially among smaller family crews wanting to make a stop en route. However, to allow it to grow it had been split between a finish in St Lucia, where yachts had to leave to allow room for the main ARC rally starting two weeks later, and a finish in St Vincent. Now the rally has been brought together as one to finish in Grenada, where there is space for all 100 yachts.

“The opportunity arose to bring the two together,” explains Andrew Bishop. “The ARC+ felt overshadowed and now we can focus on them as a group without the pressure for them to leave, For many they can also start cruising in the area want to be in.”

“The ARC+ offers those looking to break the trip in two a good option,” he continues. “It is people who want to explore more places and is being chosen by people who are perhaps more lightly crewed who appreciate that break. It is a great opportunity to give the rally its own identity.” 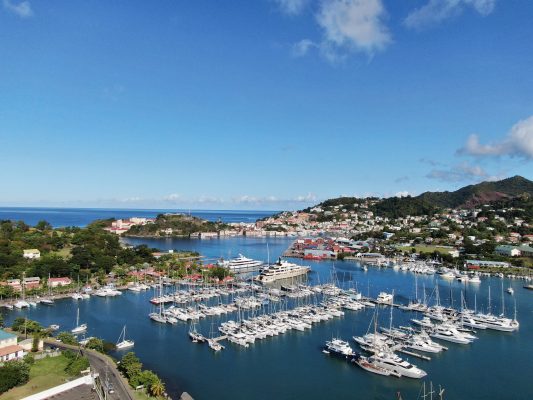 Charlotte Fairhead, marina manager, says: “We are delighted to be the host venue. Our marina has recently undergone a fantastic renovation, with extra facilities for an additional 90 new berths, ranging from 12-22m.”

The ARC+ will start from Las Palmas on 7 November and the majority of the fleet is expected to make landfall in Grenada between 1 and 6 December.