When it comes to an Atlantic crossing there are clearly defined weather windows. But how flexible can you be and what challenges are you like to face? Weather Guru Chris Tibbs reports.

An Atlantic crossing or Atlantic circuit has often been seen as a year-long adventure, crossing the ocean in late November or December to the Caribbean, with a return to Europe starting in May.

There are good reasons for this timetable, the overriding one being the hurricane season. This runs from the beginning of June through to the end of November. Hurricanes can happen outside of the ‘official season’, but they are rare – although the last few years have all seen named storms in May.

By departing towards the end of November, with the bulk of the crossing in December, we maximise the Caribbean season, often coming back to Europe after Antigua Race Week in May.

The Caribbean winter season now begins with two major events starting in January; the RORC Transatlantic Race, and for this year an additional January departure for the ARC. Both are scheduled to depart early January from Lanzarote and Gran Canaria respectively. 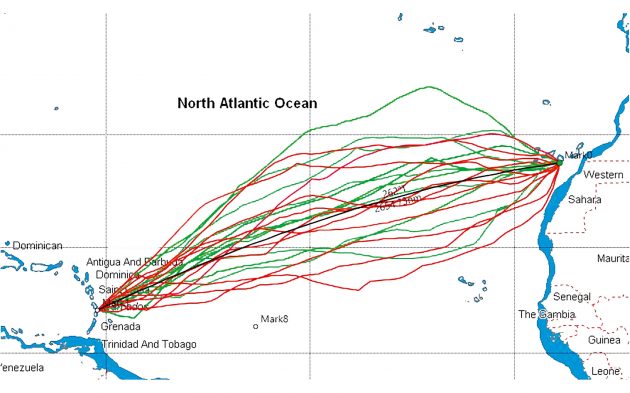 Not much to split them? Using reanalysis data and routing software the routes in green show late November departures and those in red January

Interestingly, for the actual crossing from the Canary Islands to the Caribbean, statistics show that the wind tends to become stronger as we get into January and February – so there may be some truth in the Christmas trade winds that we hear about starting to blow around Christmas and lasting well into the following months. 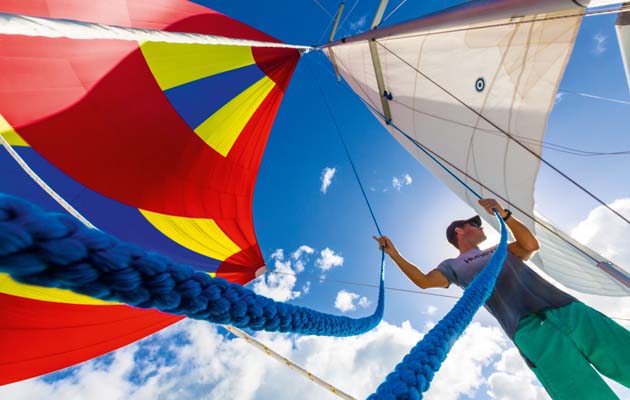 What downwind sails should you buy for an Atlantic crossing or cruising beyond the Caribbean? This is one of the… 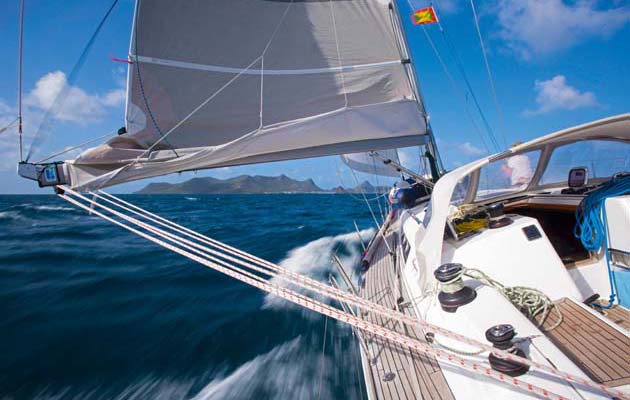 When departing the Canaries the prevailing wind direction is from north through to east-north-east. These are the trade winds found on the eastern side of the semi-permanent high pressure which we know as the Azores high. The wind blows from this direction for 55-65% of the time with little variation from November to March. However, averages do not tell us everything and we do get a number of days when the Canaries are affected by low pressure passing close to the north.

This is important for a pleasurable passage; few people enjoy headwinds when supposedly on a downwind passage or race. Near the Canaries the wind is between south and west for around 10% of the time in December and higher at 14% in January. That is not a huge difference and the variability between years makes it hard to make firm predictions.

There are lots of statistics from different sources and although they roughly agree the older pilot charts and routing charts tend to indicate a higher incidence of trade winds, while winds derived from newer satellite observations show more variability. 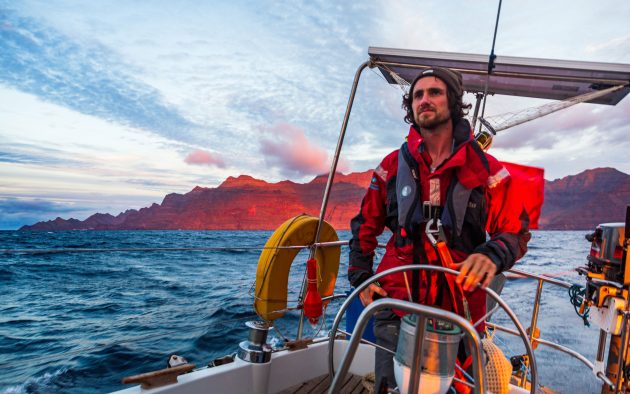 When looking at reanalysis data we see an even greater variation in the wind patterns, and this is consistent with a greater variability in the weather which we expect with climate change.

Additionally, if the wind becomes south-westerly, the average strength tends to increase from November and December through to February. This is an indication of deeper winter depressions passing closer to, and affecting the Canary Islands.

On the way across there will remain a small chance of south-westerly winds which decreases the further south and west you get; mid-Atlantic adverse and light winds are generally linked to the tail of cold fronts splitting the Azores high or more rarely areas of low pressure.

To compare conditions between months, I ran some weather routing for a late November and an early January departure. This was from the Canaries to St Lucia using 11 years of reanalysis data from 2010-2020 departing in late November and early January. By using the polars from a cruiser-racer production boat some of the results were quite surprising.

The earlier departures gave a greater range of routes with the January departures slightly closer to the direct route and to the south; this reflects the expected stronger winds (from historical data) with shorter courses following closer to the great circle route.

However, the main surprise came with the timings as the late November departures were on average 10 hours faster than the January ones. This didn’t make a great deal of sense because historical data, as well as anecdotal evidence from the Caribbean, suggested the later crossings should have stronger and steadier trade winds.

But by looking at the routes and weather patterns a little more closely, I found that on four of the January routes there was low pressure in the central and eastern Atlantic that was further south than usually expected and impacted on the first part of the route. This gave moderate to strong headwinds and a slow start to the passage which was followed by light winds until the trade winds filled in after the lows had moved away. 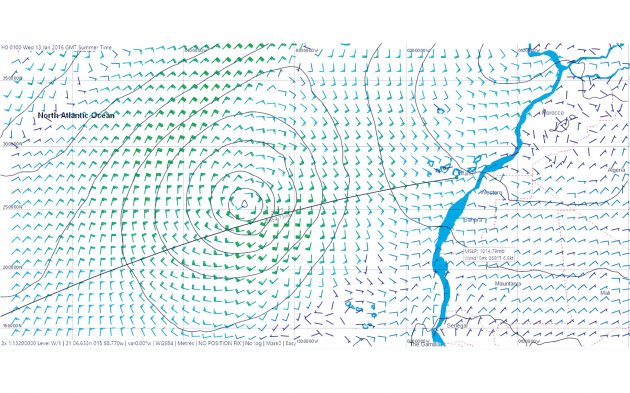 So a January passage on a ‘good’ year should, given long term average conditions, be faster with stronger wind particularly on the latter part of the passage. But, rather significantly, there is a greater chance of low pressure affecting the Canary Islands and delaying the start if cruising, or giving a period of beating
if racing.

Planning our sailing is rarely as simple as deciding a date on which we are leaving. Something that should be taken equally seriously is the weather expected on the passage to the Canary Islands. This is more important when heading south from the UK and north-west Europe, although it must also be taken into consideration when departing from the Mediterranean.

The usual advice is to get south as early as possible, as an easier passage will be had in September rather than leaving it until November or December. If crossing the Bay of Biscay, once into September the likelihood of gales increases, as does the probability of south-westerly winds.

In September pilot charts indicate that gales in northern Biscay are likely 3% of the time, which increases to 7% in October and 9% in November. We also get a significant increase in south-westerly winds; this reflects the passing of lows to the north-west which tend to pass further south during autumn and winter. 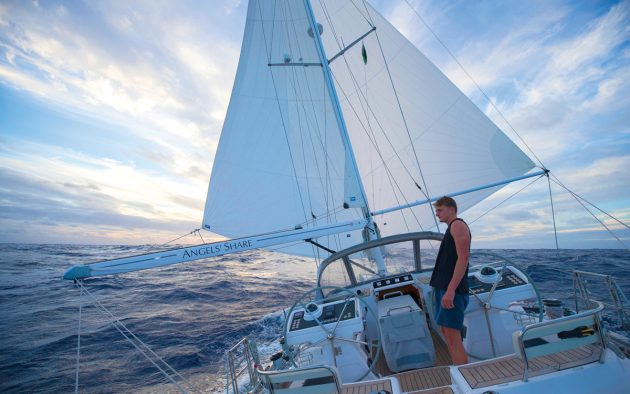 There are some breaks in the weather as cold fronts rattle through veering the wind to the north-west and occasionally to the north. As the season progresses so does the likelihood that the Portuguese trade winds will fail, giving a beat south down the Portuguese coast only picking up the trade winds south of the latitude of Gibraltar.

As we’ve seen from the start of races from France in the autumn, there can be a high attrition rate before the yachts have even left Biscay. It’s not that you can’t cross Biscay in any month, but the later it’s left the longer the time between weather windows and the shorter the weather windows tend to be. This can lead us to make choices based on necessity rather than prudence.

Once south of Portugal we should get into the start of the trade winds – but we still need to watch for lows further south than normal.

While most yachts arrive in the Canary Islands having had a good sail, there are always a number that get caught out and end up beating for some of the way – usually yachts that have left it late and are on a tight schedule. This is also true for yachts leaving the Mediterranean and it’s not uncommon for yachts to have to wait in Gibraltar for strong westerly winds to diminish.

Whether intending to start your transatlantic in November or wait until later, I prefer to see boats south of Biscay well before the end of September and would not be far behind if leaving from the Med.

A crossing in January will generally have stronger winds, but there’s a greater chance of headwinds particularly when getting away from the Canary Islands. Whenever you decide to cross, getting to the Canaries early is important and the later you leave it to get south the more chance there is of having to wait for a weather window.