The Rolex Sydney Hobart Race has its own mythology, as Andrew Wilson finds out from those who’ve done it. Tom Cunliffe introduces this extract from Blue Water Classics, Portaits of the Sydney Hobart Yacht Race

Discovering Andrew Wilson has been the sort of exciting surprise that comes with editing a column like Great Seamanship. Andrew is a photographer working in Tasmania. He knows yacht and boat seafaring from keel to truck and is quick to point out that the weather in his part of the world, which he describes as the ‘Roaring Forties’, generally changes every five minutes. 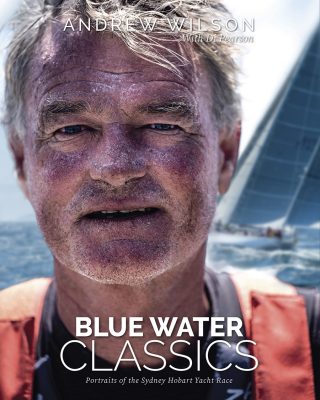 This lavish new volume, Blue Water Classics, Portaits of the Sydney Hobart Yacht Race, is an absolute must-have for all ocean racing fans, revealing through interviews the feelings of the event’s greatest participants.

The extract below is the interview with Ian ‘Barney’ Walker from Melbourne, a true Southern Ocean warrior and one of those supremely versatile professional sailors who seem to excel in all areas of the competitive scene, having campaigned in three Whitbread/Volvo round the world races, two America’s Cups, three Olympic keelboat events and 32 Sydney Hobart Races, including three overall victories.

In the book, this redoubtable mariner discusses the ‘Hobart’ challenge from the perspective of very different boats, then goes on to tell us how it is when you’re going well in a flying machine until the swing keel falls off…

At the level of boats I’ve been dealing with for the last 20 years it’s been an incredible challenge for me to get the crew together, to race the boat at 100%, 100% of the time. It’s not an easy job to do, but it’s what’s required these days to win the race.

The boats have changed, and the standard of competition and the level of the boats are incredibly high. There’s probably only about 10 boats that enter the Sydney Hobart that can realistically win it.

In 2017, the 45ft Concubine, 46ft Patrice and 47-footer Indian beat the two-day barrier – incredibly fast sailing. There’s no doubt that the top-end boats are well-prepared, like Matt Allen who won with Ichi Ban in 2017 and 2019. He’d been trying to win the race with his own boats for a long time. He persevered with a professional crew, blew out sails, pushed the boat to its absolute limit.

We were 3rd in 2017 on corrected time on Patrice. You don’t get to sleep because there’s no time. The boat’s on edge the whole time. It’s a hard push. You might put your head down for an hour somewhere here and there, but it really is a balls-out effort to race against the top boats. You know that you’ve got to present yourself at Tasman Island with a chance to win. Luck has its way from thereon in. That’s how I look at the race.

Chasing the Sydney to Hobart dream

There’s still a dream element of boats that just want to compete in it. I hear of people who turn up to do the Sydney Hobart on lesser boats. They certainly love doing the race just for the challenge, the experience, and the novelty of it.

The last time a Hobart was won by a less-likely boat would have been Love & War in 2006. It was an upwind race, so the very high-end planing boats had to be careful, as they’re super-lightweight, quite fragile. 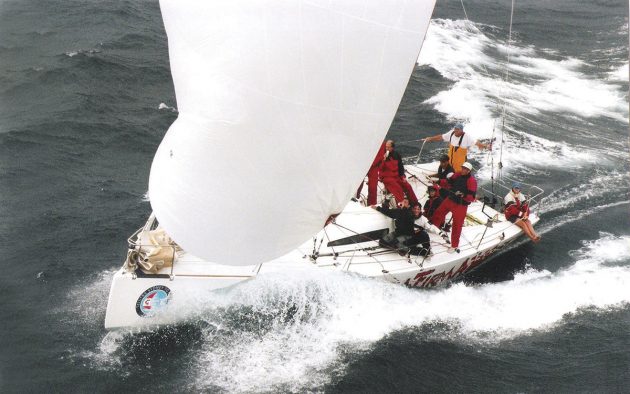 In that race, they all stayed inshore close to the coast, while they beat upwind the whole way in about 35 knots. It was a lot of breeze for a 24-hour period.

I was on Challenge, a Sydney 38. It was Lou Abrahams’ last race. I remember our navigator, Richard Grimes, asking: “Barney, is this boat good enough to go out into the East Australian Current, where there’s 4 knots running with you? Can we deal with that?” And I said: “Well, yeah, I think the boat’s strong enough.” It was slow enough that we weren’t going to fly off the end of the waves when we climbed up the top. We were only going to be doing 7.5 knots upwind at best.

So we took the risk, along with a few other boats. Love & War was one of them. We were sailing in more pressure, with much bigger waves, because we had current against the waves. However, our little 38-footer handled it quite well. We were okay out there, with two reefs and a No4 or 5 jib.

When we got to Green Cape, where you had to radio in to continue across Bass Strait, we were ahead of all of the 50-footers because we were so wide [away from the coast]. We were the fifth boat to radio in; there were only three supermaxis and a 73-footer in front of us.

I think Love & War beat us by half an hour. We were 3rd overall, with another older boat, Bacardi, in front of us.

I think a solid upwind race now would certainly shake up a lot of the top-end boats; I would say 50% of them wouldn’t even make it. But that’s the only time.

And I’ve had three line honours wins. We were the first boat to ever break two days on Nokia the Volvo 60. That was a pretty wild ride and good fun. Then one with Neville Crichton’s 90-foot Alfa Romeo in 2002 and Grant Wharington’s 100ft Wild Thing in 2003.

The following year in the same boat we lost the keel and capsized it. [That was] not pleasant. I was driving when the keel rams failed. It was about 2am, and we were on port tack 70 to 80 miles offshore, slightly south of Flinders Island heading into Tasmania. It was a 35 to 40-knot sou’easter, very solid, very big sea. We decided to risk it, take it on.

Gavin Brady was on Konica Minolta, another 100-footer. They were inshore trying to stay out of the weather and their boat folded in half. They didn’t sink or break, but they had to stop. 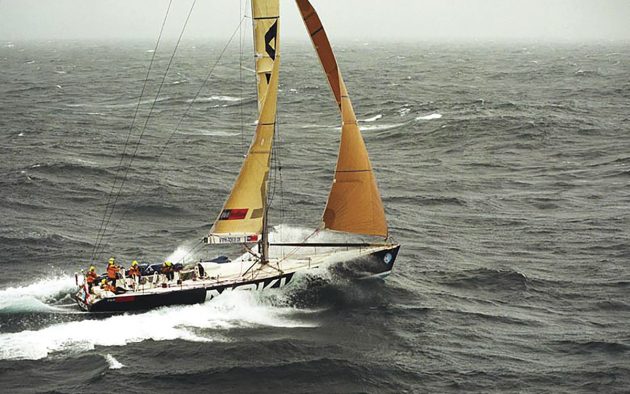 Ian ‘Barney’ Walker was on board Nokia when it beat the two-day course record in 1999. Photo: CYCA Archives

Anyway, I’m port tacking at about two in the morning and there’s a huge bang! The keel rams were both on one side at full extension, pushing the keel to leeward, so the bulb was out on the port side of the boat. They both compressed. We fell off a wave, and the arms just folded right in the middle and sheared off.

We had no control of the keel; it was just flopping around. The boat just laid over at about 65° heel and stayed there. So we dropped sails and then the biggest drama started.

The boat was sitting beam-on to the swells, and every time the boat stood up, the keel was swiping back and forth, and it was starting to break up the main cage area, which holds the keel in place. 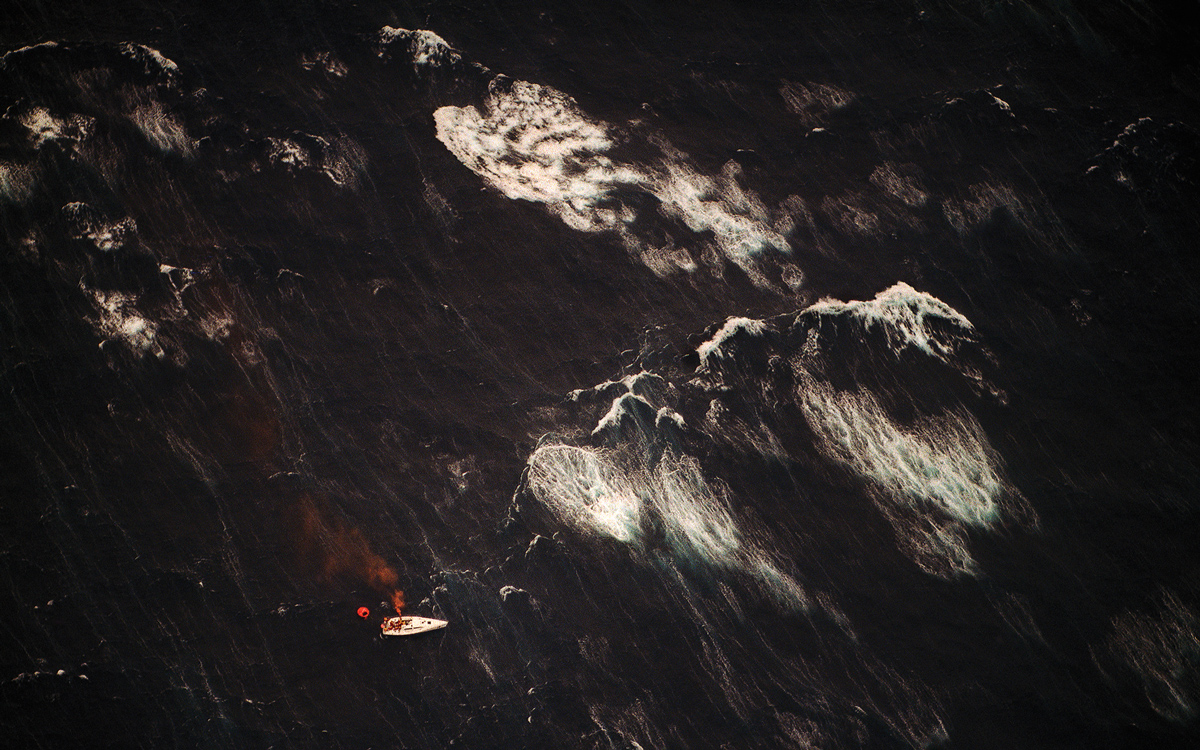 Along with the 1979 Fastnet Race, the 1998 Sydney Hobart has become a byword for disaster at sea. Unless a… 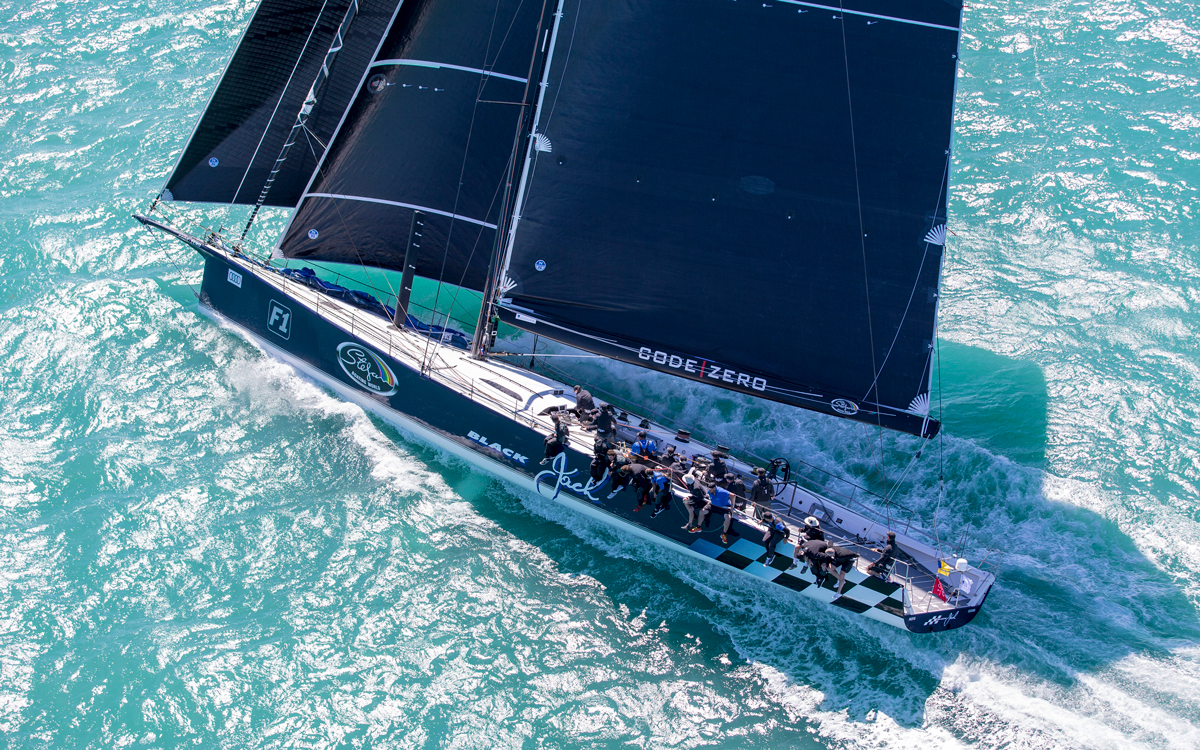 “I always told Peter you never want to buy a 100-footer and eventually he ignored me. But now we’re all…

We decided we had to go dead downwind. The rail was working, but not at 100%, because of the heel, but we had some steering. We then used all the ropes we had to tie the keel to a big bulkhead to stop it swinging back and forth. We sort of had the boat in a safe mode, and the navigator, Will Oxley, put out the call: “We’ve got a Pan-Pan situation; doing our best.”

Anyway, a bad wave came through and it caused the bulkhead to be ripped off the wall, so now the keel’s free again. It was a keel structure where there was only one pin holding the keel on the back end, and the front of the blade sat on a thrust pad.

Basically, the keel had come off the edge of its pad, which held it vertical. So now there were just bolts grinding through this 40mm-thick solid carbon vertical bulkhead that held the keel in place. It was only a matter of time before that bulkhead was chewed out and the keel would slide out.

By now a Mayday call was sent out, as we knew we couldn’t hold the keel on the boat for much longer. We managed to keep the boat going ’til daylight and had helicopters and other yachts circling us. We put half the crew into a raft; the other raft was ready to go. The guys were still working out whether they could save the yacht. But it wasn’t to be. 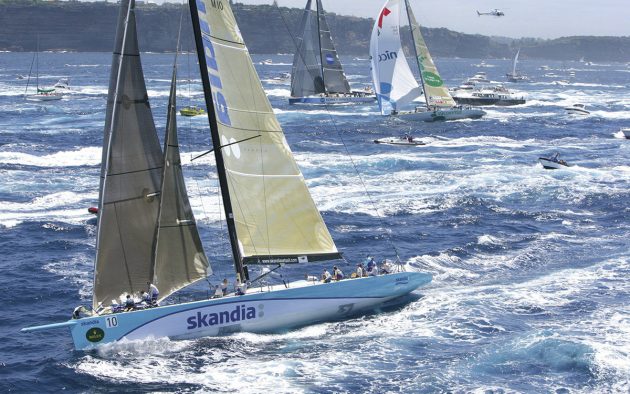 Everyone abandoned ship, and by then we’d basically chewed up enough time that a police boat had come around from Flinders Island. We were only in the rafts for a couple of hours. It was not long after that the keel fell out and the boat rolled over.

I was quite calm; we had a very professional crew and it was dealt with amazingly well. We were confident that it was going to take a fair whack of time for the keel to disappear out of the boat. So it gave us time to be organised, to do all the right things, make the radio call, get all the liferafts ready…
I would have hated to have been on board if it just rolled over, like Simon Le Bon’s Drum did in the 1985 Fastnet. It would be horrible…

The post Battling to Hobart: Memories of the Sydney Hobart appeared first on Yachting World.