The famous winner of the 1980 Quarter Ton Cup, BLT was tracked down in Tahiti before being smuggled back to Cowes for a 10,000-hour refit. Rupert Holmes reports

Owner Sam Laidlaw has enjoyed considerable success in the very competitive Quarter Tonner class. He gathered an impressive collection of trophies in the eight years he raced his Aguila, including the Quarter Ton Cup twice and the class at Cowes Week on four successive occasions.

When he was looking for his next boat he chose another Quarter Tonner, naturally. But the revived class doesn’t allow newly built boats, and there is now a finite collection of potentially competitive boats since the class’s rebirth in 2005 has seen a committed collection of owners restore many of the best vintage designs.

BLT was the Jacques Fauroux-designed Bullit, winner of the 1980 Quarter Ton Cup in New Zealand. In all just seven Bullits were built, three of which won consecutive Quarter Ton Cups in 1978, 1980 and 1981, and they have become increasingly sought-after. 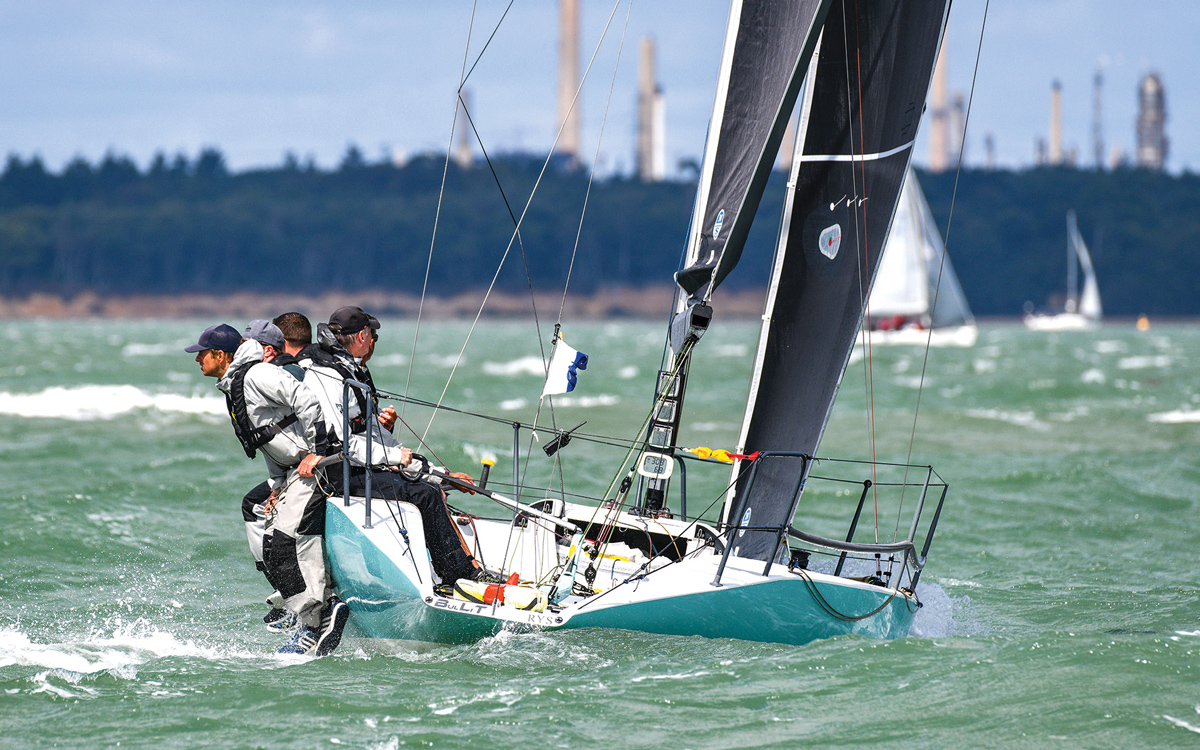 BLT had been living out her retirement in the Pacific before she was rediscovered by Rob Gray, who has sailed with Sam Laidlaw for a couple of decades, including as joint owners of the classic Sparkman & Stephens One Tonner Clarinet.

Having recently sold Clarinet, the pair decided to take on the project together, and shipped BLT back to the UK. She was transported over to the Isle of the Wight under cover of night to be rebuilt in Cowes, and, amazingly the project stayed under the radar until shortly before she was launched for the 2019 Quarter Ton Cup.

There were already four Bullit designs in the Solent fleet, including Julian Metherell’s Bullit and Louise Morton’s Bullet, the latter winner of the 1979 Quarter Ton Cup in San Remo. Another Bullit design, Protis, winner of the 1981 championship, also won the 2019 Cup, in Ian Southworth’s hands. 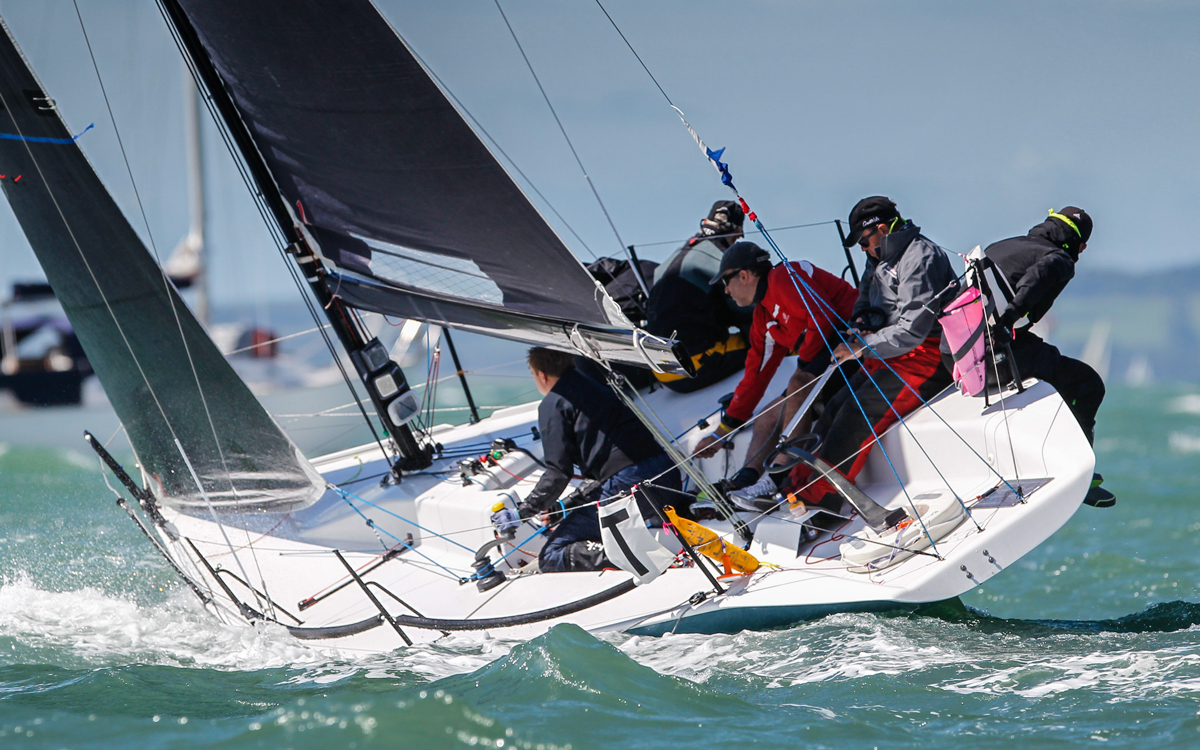 Spending around 1,800 hours and the price of a new boat on revamping a 30-year-old 26ft keelboat might seem extraordinary,… 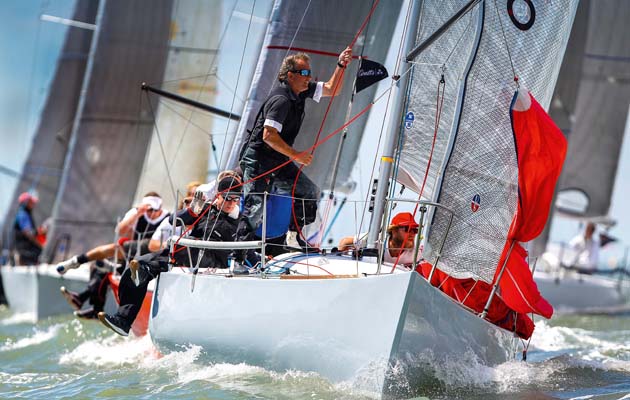 They’re old, small and decidedly quirky, but quarter tonners are providing some of the hottest handicap racing in the Solent…

Given the potential for confusion with boats called Bullet and Bullit already based in Cowes, the name of the new boat was truncated to BLT. She’s the second or third iteration of the original design, but uniquely has a 2ft extension on the transom. This was added to improve performance in the heavy winds predicted for the New Zealand championship back in 1980.

It’s impossible to get near the top of this fleet unless a boat has been fully updated, so a full refit/rebuild was necessary. Gavin Tappenden at Composite Craft did all the boatbuilding, while Brett Aarons was responsible for deck layout and systems, paintwork, cosmetics, rig and some of the design work. “Basically I’d come up with a concept and then Gavin would draw it and build it,” Aarons says.

The hull was sheathed inside and out with extra layers of epoxy and glass to create a more solid base. However, everything needed to be removed from inside the boat. “There was lots of rotting plywood in there, with some of it not properly attached, so it all came out,” says Aarons. Some of the frames were also replaced and struts added to cater for the slightly different shroud base. 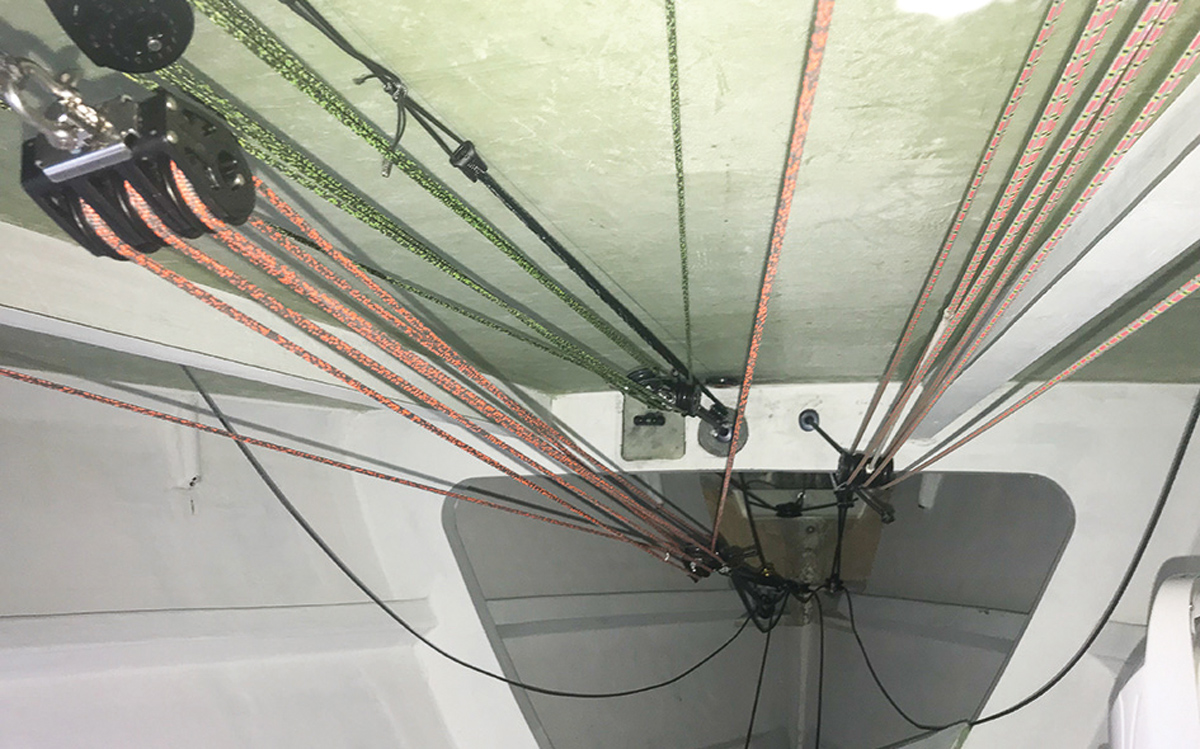 A big change was running new foam sandwich bunk fronts all the way aft to add a lot of extra longitudinal stiffness. Aarons says this is something learnt from sailing Aguila – the bunk fronts had to be extended in a similar way to prevent the top guard wire going slack when the backstay was heaved on tight. When that happens there’s also risk of little cracks opening up at each end of the keel.

BLT’s original cambered deck and large coachroof needed replacing. The new coachroof is little more than a vestigial blister, which gives a larger cockpit and lots of room for moving around the side decks and foredeck, despite the diminutive size of a Quarter Tonner.

“The new deck was a bit like a trampoline,” says Aarons, “so we put some extra beams in to stiffen it. I wanted an unbreakable structure, whereas Gavin wanted it as light as possible. “He’s right in that it’s better to build it light and then see what you need to reinforce.” In total Aarons reckons close to 10,000 hours was spent on the refit over 13 months. 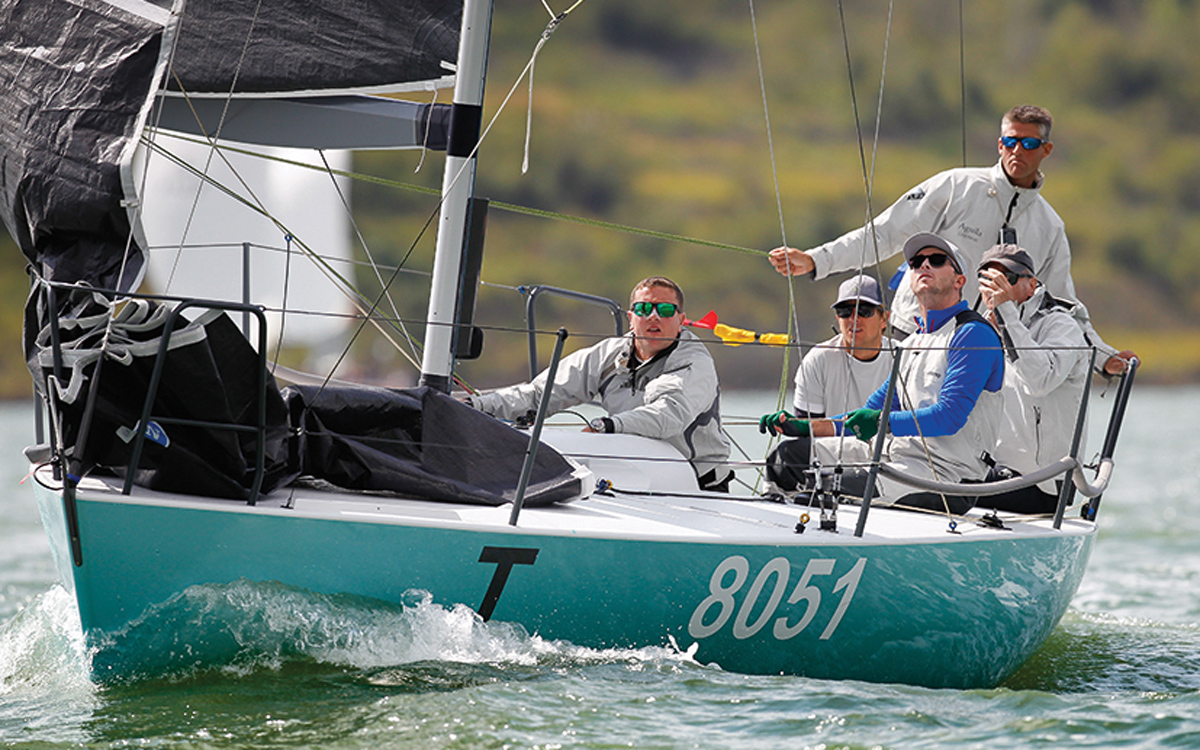 Since Laidlaw would be racing BLT with the same team as he sailed Aguila, that boat’s deck layout was replicated as far as possible. The thinking was this allowed the crew to focus on boat speed, without worrying about different procedures for manoeuvres.

Beyond that, BLT’s layout prioritises simplicity and minimising friction. Lines are run below deck wherever it makes sense to do so, including to purchase systems, which makes the deck layout look neater. The downside is a lot of string and pulley systems in the already cramped space below decks.

“A lot of boats have lines led all round the boat to a good place [for trimming],” says Aarons, “But I made an effort to lead things direct so there’s no friction. If you wanted to make the interior look really good you could have lines hidden under the bunks, but that would add friction and the reality is no one is going to spend time down there.” 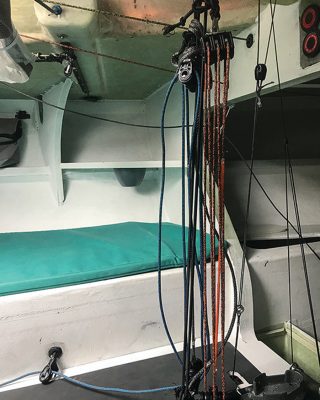 While a lot of boats have controls that are crossed over for operation from the windward rail, BLT has a generally much simpler arrangement, with outhaul, jib sheet barber haulers, pole up/down and the jib tack cunningham all taken to single cleats in the aft face of the coachroof.

The pole up/down and jib in-hauler controls adjust both sides simultaneously, so after a tack you will be sailing with exactly the same settings as before. This looks like a very neat system, but it’s no surprise Aarons says it was time-consuming to set up.

All the competitive Quarter Tonners have replacement keels and rudders, with the former noticeably heavier than the original keels.

BLT has a new rudder built by Composite Craft, and the Mark Mills-designed keel that was created for the Quarter Ton class revival and became a default choice among many owners refitting boats.

Some of the newly revived Quarter Tonners have since opted instead for a later keel design, but Aarons felt it wasn’t going to be right for the beamier BLT. “These boats are so wide I didn’t feel we needed that much righting moment,” he explains.

“Even then, at the Quarter Ton Cup we felt very upright and struggled to heel the boat, so we cut some lead off the bottom of the keel. That was much better.”

In her first season BLT was third at the Quarter Ton Cup, when she was fresh out of the sheds at Medina Yard. She followed that with an overall class win with a day to spare in a very windy Cowes Week. With Laidlaw’s team now having had a season in the boat, and with a few teething problems being fixed this winter, the prospects for BLT for the 2020 season look very strong.

The post BLT: The inside story of the Quarter Ton Cup winner’s 10,000-hour refit appeared first on Yachting World.