James Stevens answers your Questions of Seamanship. In this article, how would he free a fouled anchor in a rough sea?

Would you know what to do if you had a fouled anchor in a very confused sea? James Stevens looks at the problem and provides the solution.

Question: Can you retrieve a fouled anchor in rough sea?

Dave and three friends are sailing Kochab, a Starlight 35, in the West Country towards the end of a round-Britain cruise.

They are currently beating against a fresh south-westerly, 20 knots, on the way from Dartmouth to Salcombe.

Dave decided to start today’s trip by staying in the lee of Start Point in Start Bay.

The problem with the plan is that they will have to pass through the overfalls when they come out of the sheltered water at Start Point.

The spring tide is flowing at over 2 knots, wind against tide.

Sure enough it is rough and unpleasant off Start Point but hopefully not for long.

The yacht is pitching and rolling violently when the 15kg CQR anchor, mounted on the bow roller jumps off and falls into the water.

Dave has a quick glance at the depth, it’s 40m.

He then remembers that in preparation for anchoring in Scotland he has 40m of chain and 30m of warp attached to the anchor.

The whole scope has paid out.

He’s anchored uncomfortably, beam on to a very confused sea in an exposed corner of the English Channel.

Dave rolls up the jib and eases the main sheet.

One of the crew clips on and heads to the bow.

The warp is bar tight, the windlass inoperative and even when he is joined by the other crew members all hanging on tight, it is impossible to haul the warp even a few centimetres.

Dave knows that if he cuts the warp he’s going to face a hefty bill when he reaches port.

Can he retrieve the fouled anchor or is it impossible?

First priority is whether the crew can realistically do anything on the foredeck in those conditions. Dave can always replace an anchor.

If Dave reckons the crew can hold on and work at the bow, he is going to have to use the power of the primary winches to pull the anchor up. 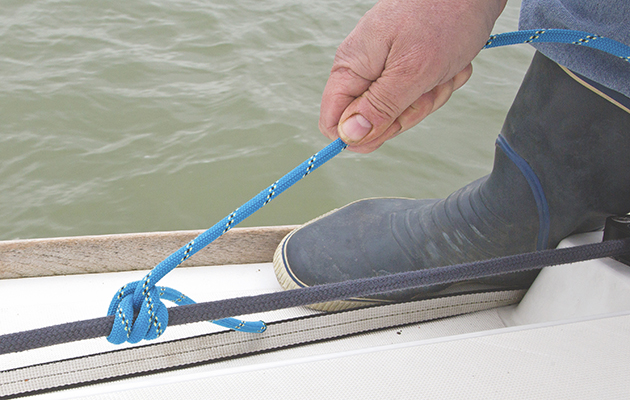 Attach a line to the anchor warp by using a rolling hitch. Credit: Colin Work

First he should stow the main, then, to weigh the anchor he should use a messenger, a technique which would have been familiar to sailors 200 years ago.

A line, the messenger, is taken from a primary winch forward to the anchor warp. 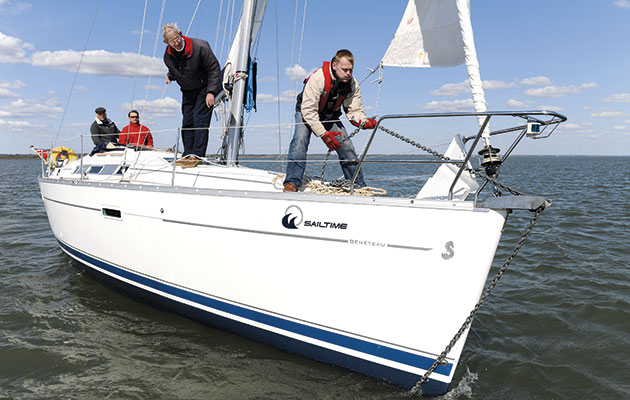 Can you set and weigh anchor under sail, without turning the ignition key? Tom Cunliffe demonstrates a handy cruising skill 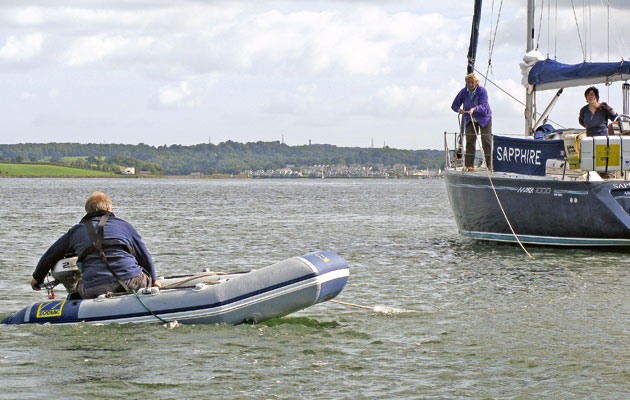 Is your kedge anchor lying forgotten in its locker? Vyv Cox outlines 8 ways you can put it to good 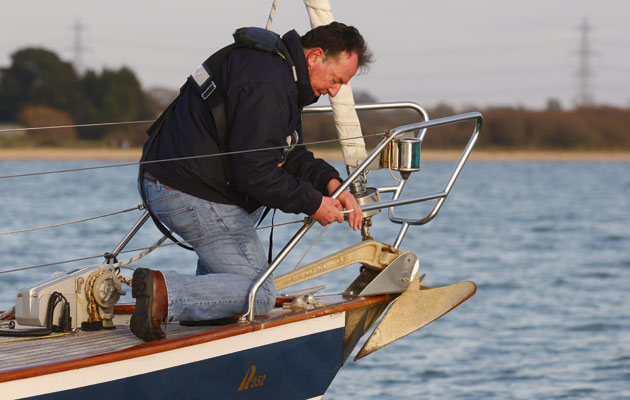 It is attached to the warp either with a lashing or easier, with a rolling hitch.

The primary winch is then wound as far as the messenger will allow and the line secured on the winch.

A new messenger from the other primary winch is taken forward and attached to the warp and a few more metres of warp are retrieved.

It’s slow but it works. Eventually the tension will have eased enough for the crew to haul up the anchor.

The post Can you retrieve a fouled anchor in rough sea? appeared first on Yachting Monthly.