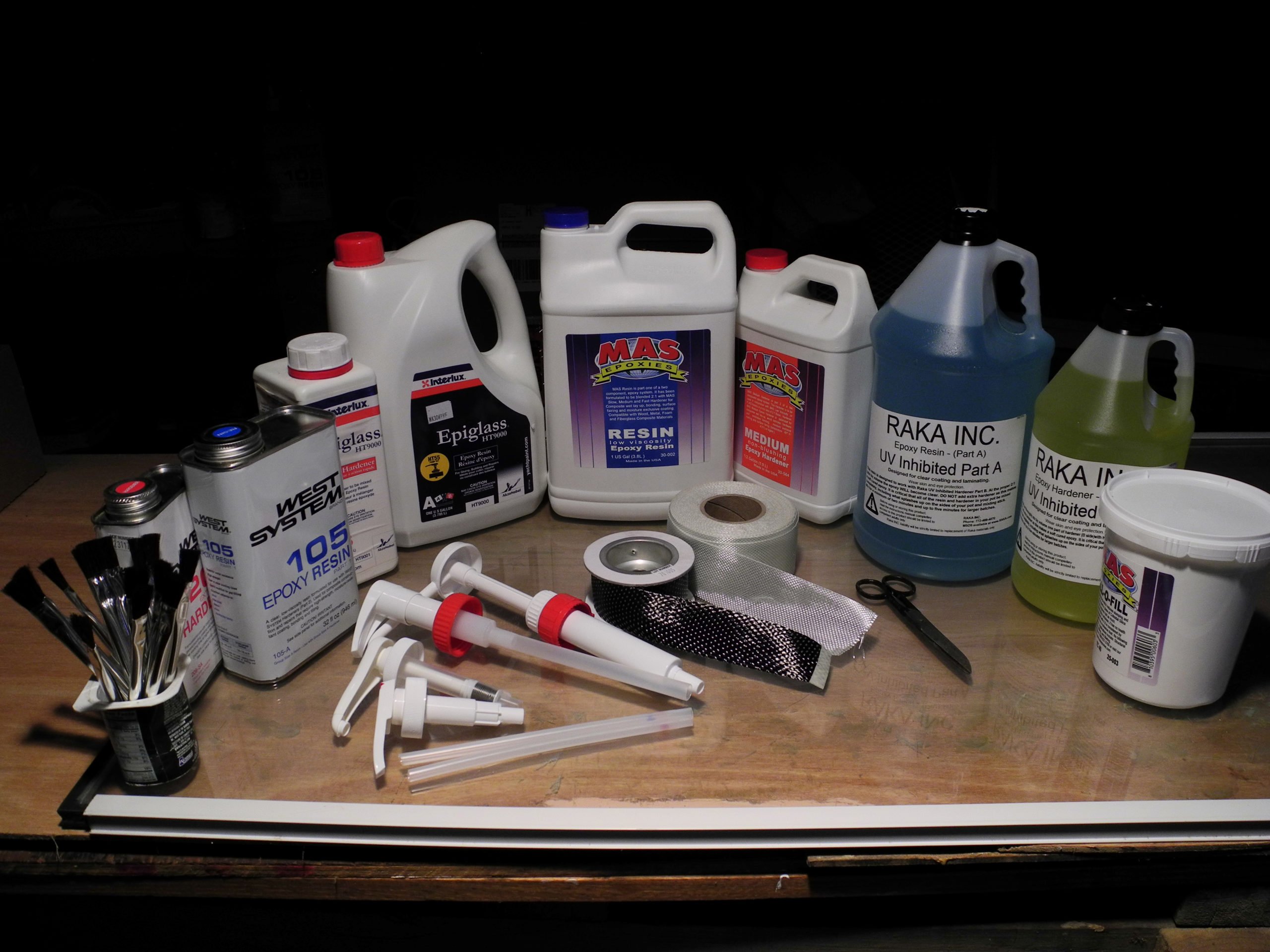 If you’re contemplating some major build or repair projects involving fiberglass this summer, then you are probably trying to decide whether it is worth the added expense of using epoxy instead of polyester resin. Most do-it-yourselfers understand that epoxy’s adhesive bond is much stronger than polyester, but two additional characteristics might also tilt the scales in favor of epoxy, especially for structural repairs.

In 2012, Ralph Naranjo conducted a series of test on panels he’d fabricated for destruction. What follows is a summary of his findings on flexibility and impact resistance. For the complete report see “Stuck Like Glue,” (PS May 2012).

During our test of flexibility, we discovered another of epoxy’s inherent attributes—its double-edged ability to retain excellent adhesive quality and elongation characteristics. On its own, this is not an overly valuable quality, as we found the dollop chips of resin to be neither much harder nor much stronger than their polyester cousins, but if you add fiber reinforcement, the whole deal changes. What happens is the flexibility of the highly adhesive resin adds enough stretch to keep the resin matrix intact as the fiber bundles comprising the laminate take up the load.

This symbiotic partnership between reinforcement fibers and resin matrix is just the opposite of what was found in the bad old days of ferro-cement boat building. In ferro-cement boats, the composite structure is based on a matrix (concrete) that will fail before the reinforcement can be fully engaged. Epoxy’s elasticity can be fine-tuned to the fibers it locks in place. Pros often post-cure epoxy composite hulls to stiffen panels and increase hardness.

There’s something to be said for destructive testing—a tried and proven approach to engineering that still has its place even in an era of finite element analysis. Our point-load drop testing delivered some dramatic results and equally important lessons.

First of all, panel stiffness can be achieved through the use of core materials and fewer units of FRP reinforcement. But when it comes to keeping a floating log, bow of another boat or the ramrod at the end of our jig from penetrating a structure, there is no replacement for skin thickness.

We did find that, on a strength-per-weight basis, epoxy resin and carbon-fiber reinforcement offered the best resistance to penetration—even better that Kevlar. The latter has very good abrasion resistance, but it did not resist point loading as well as the carbon fiber/epoxy laminates.

In our initial point-load testing of a wide range of FRP sandwich samples, we found that by increasing the laminate skin thickness, we lessened the damage caused by the controlled drop test. Going from one to two layers of 10-ounce cloth on each side of the core was enough to show a significan’t decrease in the damage caused by the controlled impact.

The next question we asked ourselves was: Would substituting epoxy resin for polyester also improve impact resistance? Our findings showed an uptick in point-load resistance linked to the switch to epoxy. It was a distinct measurable gain, but the variation among the different epoxies was much smaller (all performing well in this part of the test).

Resins and solvents involved in repair projects can be harmful if not handled correctly. Whatever project you are undertaking be sure you are following the proper safety guidance in the Safety Data Sheet for the products you are using. Technical editor, Drew Frye discusses the risks associated with many boatyard chemicals (see “Boatyard Chemical Wisdom,” PS July 2017) and explains how to find and interpret an MSD (see “How to Make Sense of Material Safety Data,” PS July 2017).