We take a first look at the stunning bluewater cruiser Path, a Baltic 146 built for an owner who is an experienced cruising sailor and which was recently on show at the Monaco Yacht Show 2021

With speed comes an increasing demand for comfort where modern fast cruising superyachts are concerned. And in the case of Baltic 146 Path, this purposeful new 45m design, there are two key features that really help it stand out as a contemporary performance bluewater cruiser.

First and foremost is that extensive hard bimini, which extends aft from the decksaloon to cover the guest cockpit. It’s a winning feature seen on Baltic Yachts’ latest craft, including the 116 Doryan, the 112 Liara and the DSS foil-equipped 142 Canova. Even the semi-custom 67 is now offered as a PC version with hard bimini.

However, Judel/Vrolijk, Path’s designer, has taken the concept a step further, stretching the roof while ensuring the structure blends neatly into the long, low lines. The hard top helps form the heart of the Baltic 146, by covering the cockpit and helping to create a vast one-level living area between here and the adjoining decksaloon.

Its upper surface is used to mount a 60m2 solar panel farm, capable of generating 8kW of sustainable power. There’s also a separate bimini for the helm stations. 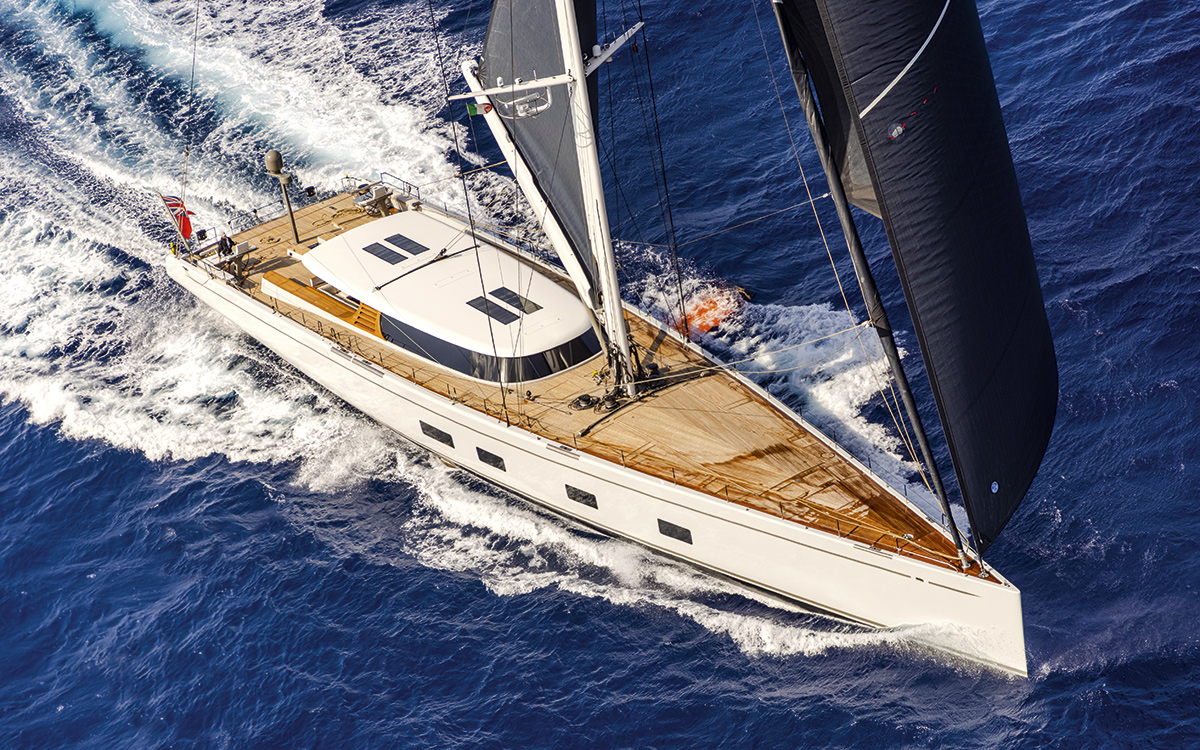 Were you to somehow be teleported into foiling superyacht, Canova’s palatial master cabin while under way – and let’s face… 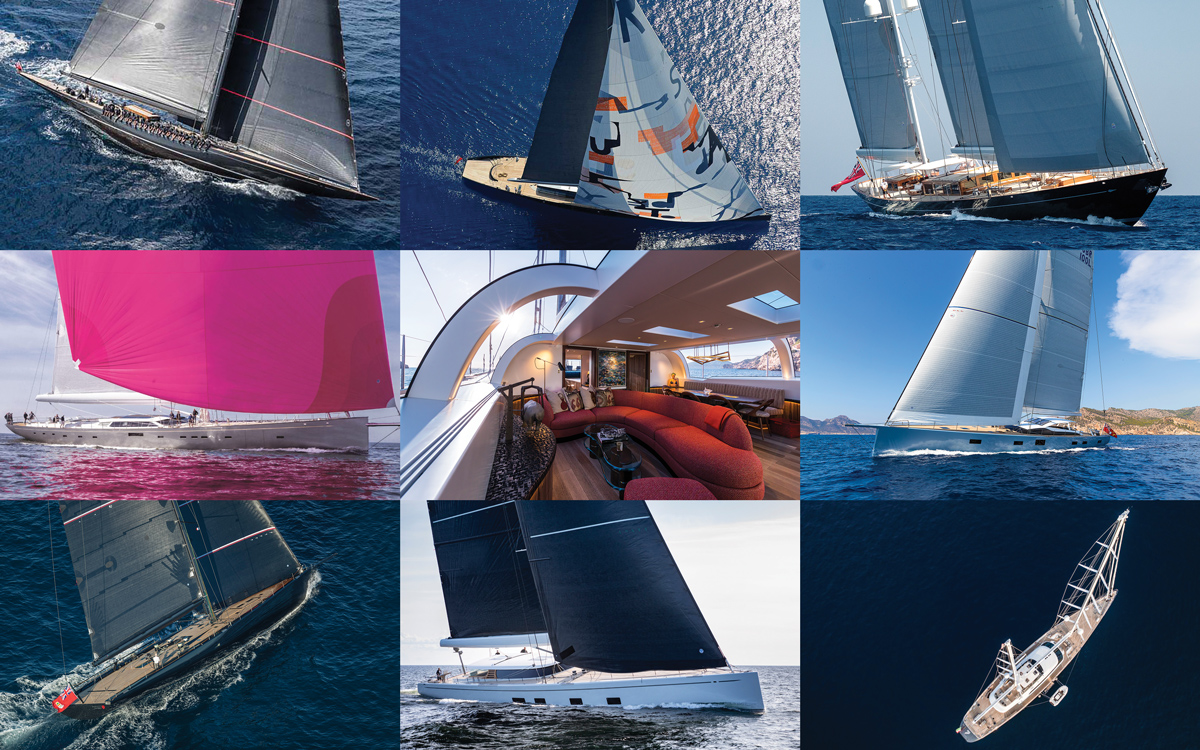 1. Aquarius The brief for Aquarius included that she should be, ‘an elegant, muscular sailing yacht with a classic profile…

The second feature of the Baltic 146 to draw the eye is the four headstays. While we’re now accustomed to seeing multiple furling foresails on short-handed raceboats such as IMOCAs and monster trimarans, the common factor here is the ability to handle large sails as easily as possible. In Path’s case this will allow a small permanent crew to change gear at the push of a button.

It should come as no surprise that Path was commissioned by an experienced cruising sailor and one who enjoys creature comforts too. The full beam owner’s cabin is amidships in the area of least pitching and features a glass divider which doubles as a TV and sailing information screen, plus a carbon fibre bath tub. There’s further accommodation for eight guests and eight crew.

Below the waterline a telescopic keel lifts to reduce draught to 3.4m. A saildrive which can rotate through 340º for ease of manoeuvrability is another system the Finnish yard has employed with success on some of its other recent launches too.

In addition to the tender garage aft, a foredeck well for a 6.5m RIB doubles as a swimming pool when the yacht is at anchor. Path was due to set off on a world cruise following the Monaco show.