North Sails has introduced their first ever line of foul weather gear. Starting from scratch has allowed unconstrained thinking, which, in turn, has seen development of some impressively innovative products

The news of North Sails’ first-ever range of foul weather gear for performance sailing and long-distance cruising immediately created a stir in the industry. Nevertheless, given the company has successfully diversified well beyond its core business over the past decade, creating a line of technical clothing intended to set a new bench-mark for foul weather gear was a logical move. 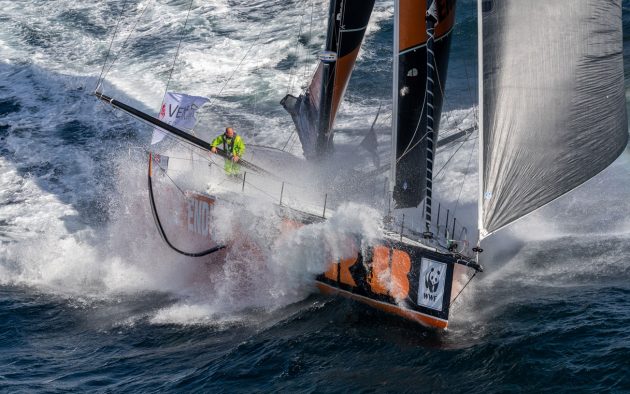 North’s phenomenal record of innovation and success stretches from the Vendée Globe, to the America’s Cup and beyond. Photo: Jean Marie Liot/PRB

All are underpinned by North’s phenomenal record of innovation and success. One of many examples is that the company has made sails for every America’s Cup winner since 1987, including this year’s victor in Auckland, Emirates Team New Zealand.

At the same time North has continued to prioritise the many thousands of leisure sailors, both cruising and racing, that it has served across the world for more than 60 years.

These directly benefit from the research and development funded by the high-profile campaigns that has led to innovative products such as North’s fully recyclable and long lasting 3Di Nordac polyester sailcloth. 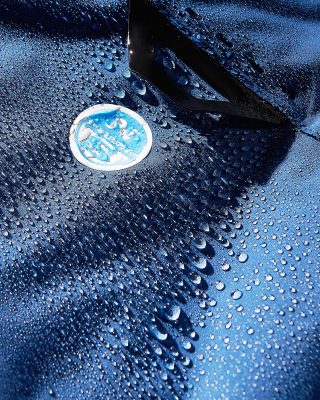 face fabrics, which have a smaller weave than standard fabrics that automatically reduces water absorption and penetration

The same rigorous approach has now been applied to foul weather gear. Starting from scratch, albeit with a considerable depth of industry knowledge, has allowed unconstrained thinking that has resulted in the best possible combination of new materials and garment design.

Nigel Musto worked with North’s team of talented engineering and technology PhDs with the aim of creating the world’s best marine clothing bar none. The result is four ranges of technically advanced clothing that’s lightweight, hardwearing and offers unrivalled performance.

All are made using North’s new TightWeave

face fabrics, which have a smaller weave than standard fabrics that automatically reduces water absorption and penetration. The material also includes a GORE-TEX® PRO membrane for superior durable waterproof and breathable characteristics.

An important innovation for the Offshore and Ocean specification gear, as well as the Inshore Race Trousers, is the lack of traditional heavy reinforcing patches in areas of high wear such as the seat and knee.

Instead, these are laminated within the four-layer fabric itself in a process analogous to that developed for North’s 3Di sail fabric. These feature reinforcements for reef points, batten pockets and so on as an integral part of the structure of the sail – they are not add-ons that are stitched in place in the later stage of manufacture. 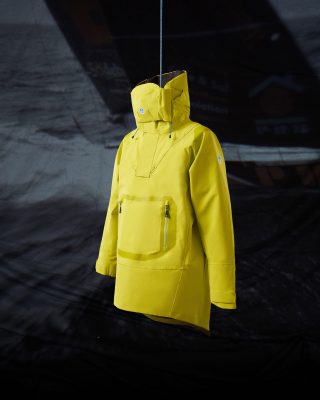 Eliminating conventional reinforcing patches has two further benefits. It eliminates the tendency to hold water, thus avoiding the all too familiar damp bum, and there’s no associated stitching that may fail and let in water as the garment ages.

The Ocean line encompasses North’s most breathable, waterproof and durable smocks and salopettes. It has already been thoroughly tested in the harshest possible conditions by Vendée Globe and Ocean Race sailors.

Those who compete in the classic 600 mile offshore races or cruise serious distances will be well served by the offshore range. This retains waterproofness and durability, but with improved comfort, lighter weight and a more attractive price point. This line offers a choice of smocks for serious use, or an offshore jacket for maximum comfort and flexibility.

Choices widen further in the inshore line, which includes smocks, a jacket and an innovative hybrid product that combines the best attributes of both, including a full front zip and an effective neck seal. 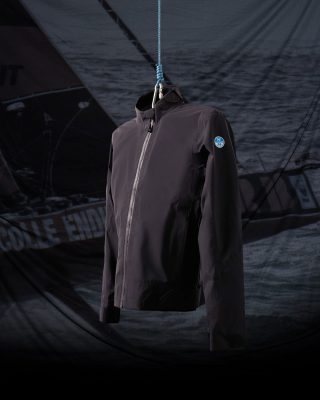 The GP Aero line prioritises performance and light weight for ultimate performance when racing inshore at the highest levels. For this range the design team looked beyond the sailing world for inspiration, incorporating lessons learned from cycling and other high intensity sports.

As a result, the GP Aero Waterproof Jacket weighs only 300 grammes, while the range also includes both waterproof and fast-dry trousers and shorts, plus silk weight fast dry shirts.

Finally, there’s a line of mid-layer products designed to work with all the outer layers. These are available in different grades, to suit cooler or warmer conditions.

Significantly they don’t have an external shell layer, as these inevitably impede breathability, which eventually results in damp inner layers after extended use.

Visit www.northsails.com/Performance to view the full range, or see it in the flesh at Ocean Leisure or Marine Superstore.