A long-rumoured French team has finally been announced as an entry to the next America’s Cup in 2024. Details are still thin on the ground but from the information sent out by the organisers of the 37th America’s Cup, it seems the entry has been confirmed for some time, though it is only being officially announced now.

The entry will be sailing under the flag of the Société nautique de Saint-Tropez and their representative team will be named K-Challenge Racing as a challenger for the 37th America’s Cup in Barcelona in 2024 and led by Stephane Kandler and Bruno Dubois.

Their Challenge was previously accepted by the Royal New Zealand Yacht Squadron and they have now chosen to formally announce their entry and confirm they are ready to proceed with their campaign.

The strong rumours of a French team trying to get an entry up and running had been floating around AC circles for some time but it was unclear whether they team would actually be challenging until now. There had, however, been hints at another entry.

Back in July 2022, despite their being five official entries in the 37th America’s Cup of Emirates Team New Zealand (Defender), INEOS Britannia (Challenger of Record), Alinghi Red Bull Racing, American Magic, and Luna Rossa, a press release detailing plans for the Youth and Women’s America’s Cup events stated that:

‘Racing will be in a fleet of six one design AC40s supplied by the America’s Cup teams.’ It also stated within the details about the number of Youth and Women’s entrants in pools ‘a’ and ‘b’ that: ‘if more Cup teams are confirmed not only will Cup participants [pool a] increase but so will pool b participants’

This was a clear sign that another team was at the very least considered likely to be announced and the expectation is that this will be the fifth and final challenger for the 37th America’s Cup, bringing the total number of entries up to six. 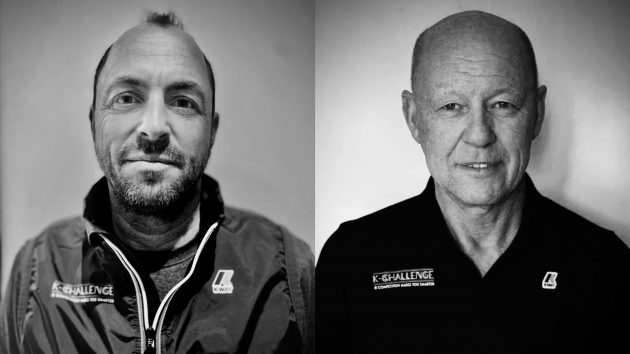 CEO of K-Challenge Racing, Stephane Kandler said, “Bruno and I are very excited to join the other Challengers. We have been working behind the scenes for almost a year now and we are going to announce great things by the end of this month.”

CEO of AC37 Event Limited Grant Dalton said, “It is great to have the French now back in the America’s Cup as the 5th Challenger, and one that will no doubt bring a lot of typical character and flair to what is lining up to be a stunning event in Barcelona.

France is such a prominent sailing nation but despite this, it is not a small undertaking to get an America’s Cup team up and running so I congratulate Stephane, Bruno and the Société nautique de Saint-Tropez who have been working away tirelessly to get to this point.”

K-Challenge last challenged for the America’s Cup for the 32nd edition in Valencia in 2007 and will announce more details later in January.