When the First International Rule came into force in 1907, nine classes were created for boats rating between 5 Metres and 23 Metres. Only three of the largest class were ever built and none survive today, writes Nigel Sharp.

With upwind sail areas not much short of 10,000ft2, these mighty 23 Metre gaff-rigged racing cutters were raced hard and fast at regattas around the British Isles and occasionally on the continent. Yachting World magazine was fulsome in its praise for them.

The first two 23 Metre racing cutters, the Nicholson-designed Brynhild II and the Fife White Heather II – were launched on consecutive days in April 1907.

Brynhild was cursed with bad luck from the start when one of her crew was killed after falling from the top of the mast while she was preparing for her very first race; and three months later she lost a man overboard. She won just one race that season to White Heather’s 23.

These two boats were joined by a third 23-Metre the following year: Sir Thomas Lipton’s Fife-designed Shamrock (not to be confused with his five numbered Shamrocks which challenged for the America’s Cup). 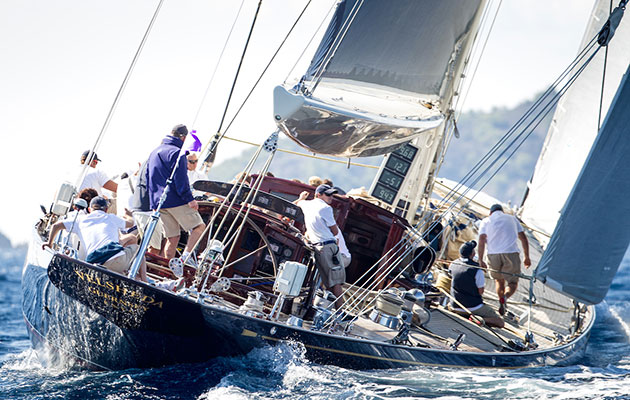 It is hard to be a show-stopper in St Tropez, yet the two J Class yachts competing this year were… 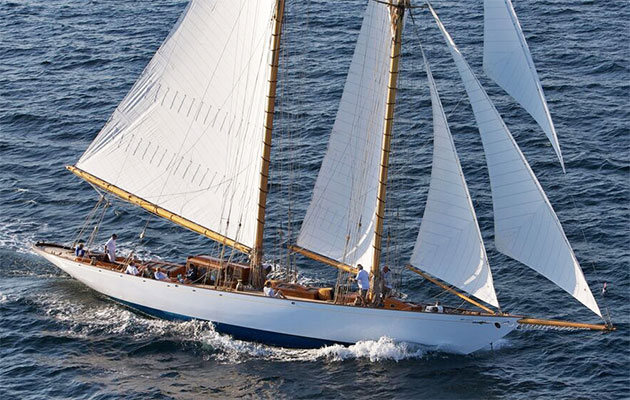 “From the outward appearance the yacht is in all respects a racer of the thoroughbred type,” reported Yachting World soon after she was launched. Shamrock dominated that opening season. In her first race she “sailed like a railway steamer,” but the following year the two Fife boats shared the spoils.

“The outstanding feature of the past yachting season has been the wonderful series of races between Shamrock and White Heather,” reported Yachting World. “Never before in the history of the sport has such close and exciting racing been witnessed between vessels of important size.”

In 1910, having undergone various modifications it was hoped would improve her performance, Brynhild came to a dramatic end at Harwich in the second race of the season. Her mast went through her hull after it broke below deck and she sank in 14 minutes: remarkably, with no loss of life. 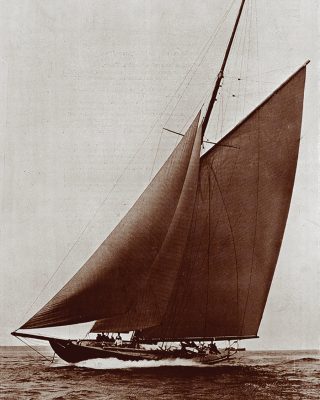 Shamrock on her way to winning her first race in 1908. Photo: Country Life

Shamrock and White Heather took part in just a handful of regattas over the next couple of years, before Shamrock competed in a series of trial races against Lipton’s new America’s Cup challenger Shamrock IV.

Then in 1920, Shamrock crossed the Atlantic to help Shamrock IV tune up for the postponed America’s Cup matches. White Heather was out of commission until Shamrock’s return to the UK in 1923. For the next three years the two traded victories, until Shamrock’s 1926 season came to a premature end when she was dismasted in the Solent.

Two new Bermudan rigged boats – Astra and Cambria – joined the Big Class in 1928. They, and the 1929 Candida, are sometimes thought of as 23 Metre racing cutters but never rated as such. They didn’t perform that well either, or at least not compared to Shamrock which had more wins than any other boat in the following two seasons.

With Lipton now looking forward to his next America’s Cup challenge, Shamrock sailed her very last race at Dartmouth in August 1929. The new J Class Shamrock V went on to dominate the Big Class in the early part of the 1930 season before she departed for America.

In 1931 White Heather was purchased by her fifth owner, WL Stephenson. After winning a handful of races she sailed her last race in Plymouth in August 1932. She was then broken up, while her mast and the lead from her keel were used to produce Stephenson’s J Class Velsheda.

Following the death of Sir Thomas Lipton in October 1931, Shamrock was also broken up. And so ended the lives of all three 23 Metre racing cutters, which had been described by Yachting World as “surely the finest cutters that ever hoisted a racing flag.”