The 49.5m modern classic Eleonora E, a replica of the schooner Westward, was struck by a 60m offshore supply vessel in Tarragona, Spain and later sank

The incident happened at around 0815 this morning, when the offshore vessel was manoeuvring in harbour and became stuck in reverse. The supply vessel struck Eleonora with force at midships on the starboard side, before motoring away.

The yacht was moored alongside the seawall, but rapidly began sinking. Drone footage from the port shows the yacht completely submerged, with just the tip of the masts above water. Containment barriers are also visible, to prevent possible fuel pollution. 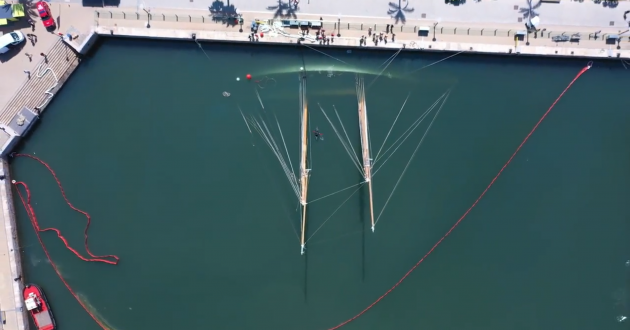 The schooner Eleonora was struck then sank in harbour

No crew have been reported injured in the incident.

A major salvage operation is underway to recover the yacht, which is one of the most ambitious modern classic yachts of recent times. Built at the Van der Graaf shipyard in Holland Eleonora E is a replica of the Herreshoff-designed Westward, one of the most famous racing schooners in the world which raced against yachts such as Britannia and Lulworth in the early 1900s. 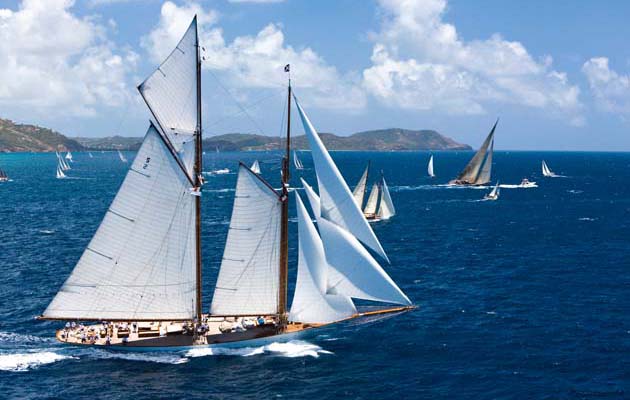 Eleonora E underwent a major refit in 2014 and was listed for sale at £6.9million. Around 160ft long from sprit to stern, when sailing, the yacht carries some 12,000sq ft of sail on the two gaff masts. It sleeps eight guests and four crew in a traditionally styled interior, and comes complete with two classic wooden tenders – one motor, one rowing, both clinker built to the original Herreshoff designs.

The post Giant schooner Eleonora sunk after after being struck by ship appeared first on Yachting World.