Promotional feature in association with GJW Direct. If you’re engine won’t start, knowing how to find the source of the problem will help you get underway

Even when you’ve done all your normal pre-departure checks, sometimes the engine still just won’t start. If you have ever faced this problem, there are going to be
two main probable culprits. The first is an electrical fault and the second is a fuel problem.

Being able to diagnose the problem in a quick and logical way is key to getting your engine up and running.

The first sign of a problem will come once the batteries are switched on and nothing happens. At this point, reaching for the multimeter should be the first step in identifying the cause and how to fix it.

Turn the key in the ignition. If nothing happens it could be a flat or low battery. Whether the light comes on and the buzzer sounds or not (normally the oil pressure alarm which should stop once the engine is running), there could be insufficient power from the battery to turn the engine over.

Take the multimeter and apply the probes directly to the battery terminal for an unambiguous verdict. A nicely charged battery should be around 12.5V. Anything under 12V and the battery has started to go flat.

If you have other batteries that you can bridge across to the engine, this may get you started, or you will need to hook up to shore power, or take your battery home to charge. In the worst case, it might be time for new batteries. 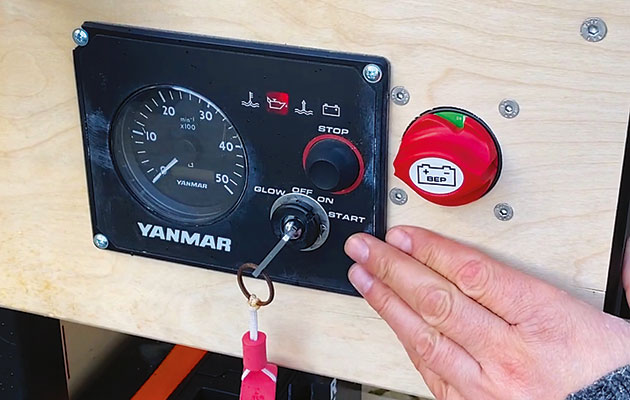 Having checked the batteries, it’s time to look around the engine more generally. A thorough visual inspection can often reveal the culprit. A spade connector on the starter motor coming apart or other loose connection could be the cause. Even if you don’t know what everything does, looking for wiring out of place can reveal an easy fix. 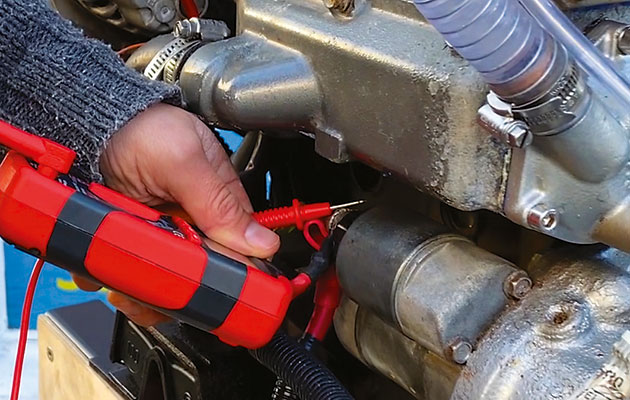 Should the engine turn over but not fire, it could be a problem with the fuel system, but while you’re checking the electrics, there is one thing to check. The engine’s governor, which controls the flow of fuel, has a stop solenoid. If this has failed, no fuel will reach the engine. It takes a specialist to check and fix these but look whether it is in the on or off position. This information will help if you do resort to calling an engineer. 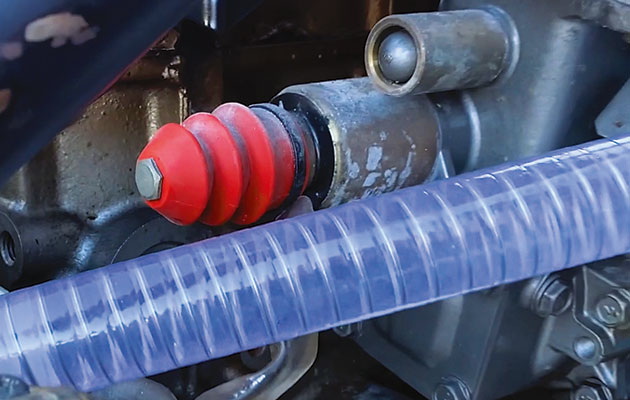 The alternator won’t help you start the engine, but it could explain why your batteries are dead. With the multimeter in DC volts mode across the positive and negative terminals with the engine running, there should be at least 12.8 volts. If not, it may be a loose connection, or the alternator or regulator might need replacing. 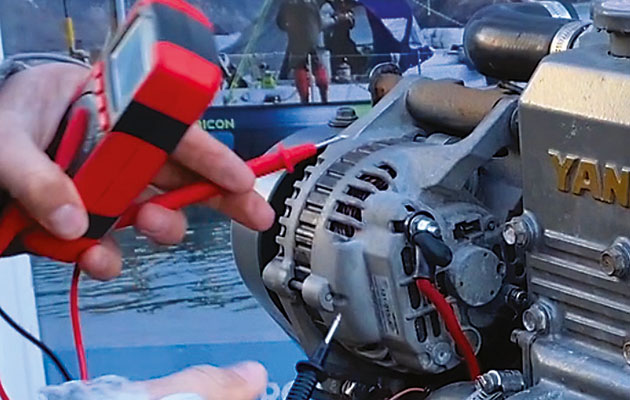 GJW Direct offers some of the most comprehensive boat insurance policies on the market, at very competitive prices. With over 175 years in marine insurance, when you insure your yacht with us, you’re dealing with the boat insurance specialists, leaving you free to enjoy your time on the water.

The post How to: troubleshoot your diesel engine electrics appeared first on Yachting Monthly.