Entries opened for the 37th America’s Cup today, December 1 2021. Despite the oldest trophy in sport having neither a confirmed date, nor an agreed venue, the Cup holders reported that multiple challenges were received on the first day.

The official release goes on to say: “Soon after the entry period opening several challengers were received by the RNZYS and Emirates Team New Zealand.”

Rumour, naturally, is rife as to who those challengers might be. Who is throwing their hat into the ring to take on Defenders Emirates New Zealand, and the Challenger of Record, Ben Ainslie and Jim Ratcliffe’s INEOS Britannia? 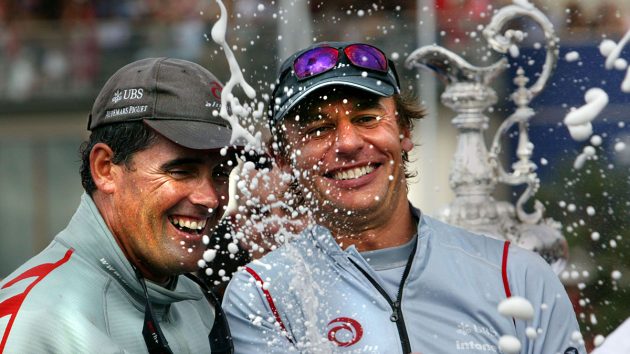 Alinghi’s name has been back in circulation for a few months in connection with a comeback for the 37th Cup, and the New Zealand Herald today reported that they were among the first two teams to pay the initial $1.47 million entry fee.

The Herald also reported that the Swiss team is trying to secure the purchase of a previous generation AC75 as a practice boat – although that would be true of any team, apart from those which already have them, namely American Magic and Luna Rossa Prada Pirelli.

Alinghi is neither confirming nor denying the report. A team spokesperson told Yachting World that they had an official statement on the matter. Amusingly, it simply says:

“The America’s Cup remains as exciting as ever when it comes to secrets and speculations. The Alinghi Sailing Team is following closely all developments with the 37th America’s Cup. We will be in touch soon with further news.”

It’s clear that the Swiss syndicate, owned by Swiss billionaire Ernesto Bertarelli, is enjoying the rumours and machinations of this current America’s Cup cycle just as much as anyone else.

The Alinghi team made a huge impact when it launched into the Cup world to win in 2003, the first European team to do so, and the first team ever to win on their first attempt. 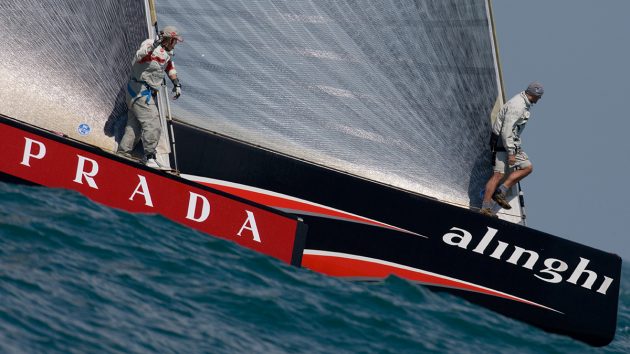 The manner in which they won was certainly controversial, with stars of the winning New Zealand team, including skipper Russell Coutts and tactician Brad Butterworth, switching allegiances to the Swiss team shortly after the All Blacks won in 2000 in Auckland. Alinghi went on to defeat New Zealand by an ignominious 5-0 in 2003.

The Swiss team successfully defended the Cup in 2007 in Valencia – widely regarded as one of the most successful America’s Cup events in modern history. They were finally defeated in 2010, when Alinghi’s giant catamaran lost to the Oracle USA 17 trimaran in a Deed of Gift match.

Were Alinghi to make a comeback, a repeat crew recruitment drive is unlikely to be open to them this time around. Emirates Team New Zealand may have only announced one major signing – Nathan Outteridge – leaving key players such as Pete Burling and Blair Tuke not yet confirmed as part of the sailing squad, but the strict nationality rules of the new Protocol will rule out a similar strategy.

New rules specify that crew must also be passport-holders for the country they represent, or have spent “548 days between (but excluding) 17 March 2018 and 18 March 2021” in that country. So if Alinghi were to enter the Cup, which nationality would they represent? 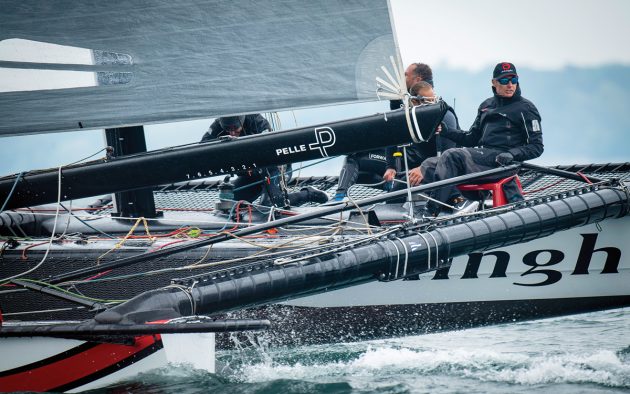 Since the 2010 Cup the team has been competing in the Extreme Sailing Series and T35 series with a largely Swiss crew, so has plenty of existing talent. Were they to seek sailors with previous AC75 experience, that pool is largely limited to Italy and the USA.

There has also been widespread speculation that an Alinghi Cup entry will be closely aligned with Red Bull Formula 1. They are based in Milton Keynes, which probably makes that avenue of discussion something of a dead-end, given Bertarelli lives on the rather more glamorous shores of Lake Geneva! Needless to say, there is certainly sufficient depth of talent in British sailing to put together a second Cup squad. We continue to watch with interest.