Your boat’s electronic navigation aids can help keep you safe, but it’s easy to be overwhelmed by the amount of information available. Striking a balance is key, explains Craig Hardy

On a dark night at 1916 on 29 November 2014, Team Vestas Wind was racing at 19 knots towards the Cargados Carajos reef in the Indian Ocean.

A compounding series of mistakes by the skipper and navigator, as well as the Volvo organising committee meant that the crew was not aware of the danger ahead.

The cockpit camera clearly shows a crewmember shouting, ‘Check this out!’  as four crew all rush to peer out ahead to see the unusual wave conditions.

No one looks at a chartplotter or the depth sounder. 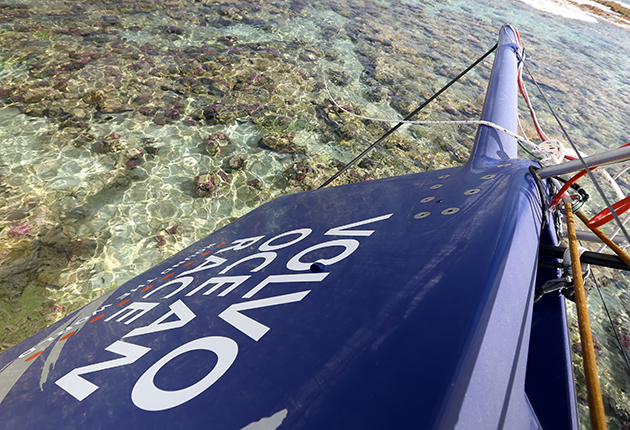 Another person comments, ‘We are passing a 40m contour,’ based on what the passage plan had incorrectly calculated many hours, or days beforehand.

The crew, obviously confused and concerned about the wave conditions they were seeing, but partly reassured by the comment about the depth, peer into the darkness for a further  28 seconds before Team Vestas Wind’s Volvo Race is at an end.

A $6 million boat is badly damaged. Fortunately, the crew training and experience kicks in and  all crew are evacuated to shore.

At 0235 on 10 October 2009, in rough seas and passing rain showers, the maxi yacht PricewaterhouseCoopers was racing towards Flinders Islet near Port Kembla, south of Sydney.

There were concerns expressed about the accuracy of the chartplotter at the start of the race but it appeared to work after it was rebooted.

The chartplotter was set up on the starboard helm but the helmsman was on the port helm as they approached. 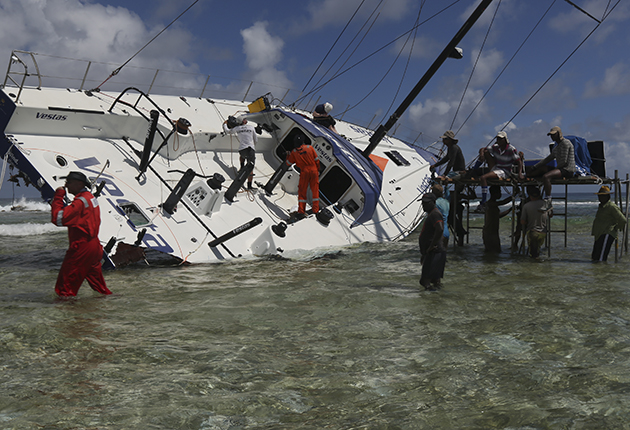 The subsequent report into the grounding of Team Vestas Wind found that the helmsman didn’t know where the vessel was before it hit the reef. Credit: Shane Smart/Volvo Ocean Race

The crew noted that the helmsman did move to the starboard helm from time to time to check, but as most sailors know, in rough racing conditions,  at night, with fatigue playing a factor, this would have been difficult.

Pricewaterhouse Coopers hit the islet before the foredeck hand, who first saw the danger could warn the helm, resulting in two lives lost and the boat smashed on the rocks.

At 2340 on 31 October 2017, shortly after leaving Cape Town in the Clipper Round  the World Race, Greenings ran aground  and was written off on a well-charted reef just off the African coast.

The skipper was resting at the time. No one was injured.

‘No crew member had been assigned to the navigation station, depth information was not being displayed at the helm and there were no safe cross track distances or safety depths plotted on paper or electronic charts,’ the report stated.

There is a common link between these accidents that I believe all sailors should understand.

It is a common factor identified, but not highlighted, in the accident reports done.

That common link is the lack of use  of electronic navigation aids to assist in proper lookout and position verification. 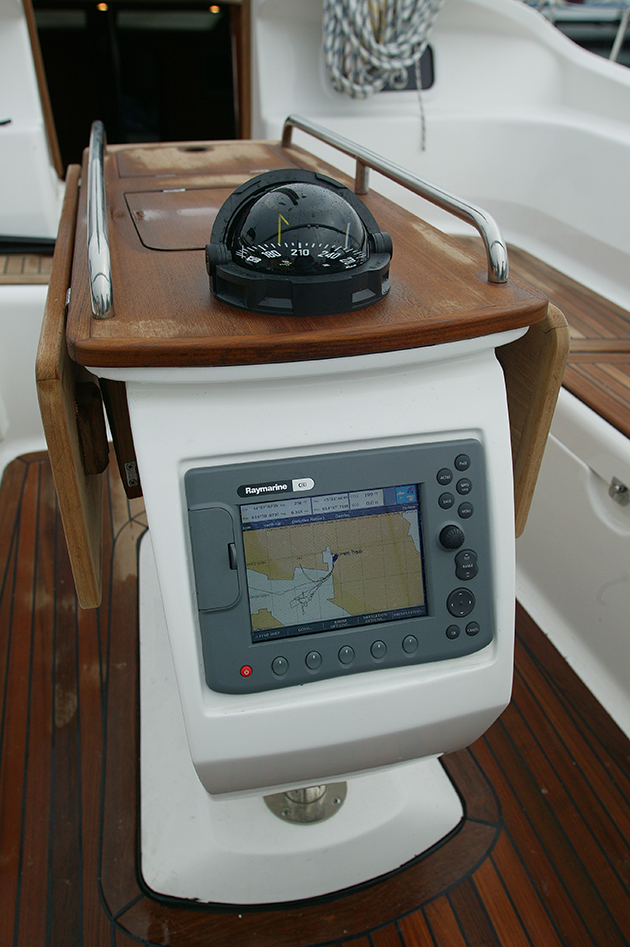 Having a plotter at the helm can be invaluable. Credit: Graham Snook/Yachting Monthly

Team Vestas Wind and Greenings did  not have a chartplotter set up on deck for  the skipper or helmsman to check regularly and PricewaterhouseCoopers’ chartplotter was set up in a position not easily visible to the helm on port tack.

In any accident there are numerous contributing factors, but these three incidents may have been avoided  if a chartplotter was set up in an easy-to- read position.

A check of a chartplotter  and correlating this with visual observations could have prevented the previous errors in causing these losses.

Whilst the accident reports into the loss  of Team Vestas Wind and PricewaterhouseCoopers identified a number of failures, any of which could have prevented the loss, in none of these cases, including Greenings’, did the helmsman know precisely where their vessel was.

A glance at a properly mounted chartplotter near the helm, correlated with the depth reading and the visual observations, may have saved these boats and prevented the lives lost.

In the case of PricewaterhouseCoopers,  a fatigued, overloaded skipper standing  at the port helm, occasionally glancing at  a chartplotter mounted near the starboard helm would have had great difficulty in processing what he was seeing. 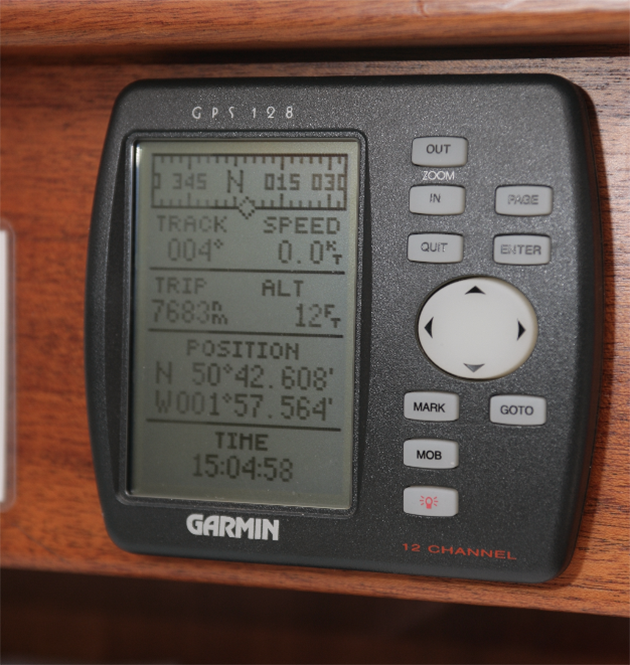 Several sources of position data is a good thing, if used effectively

We often hear of GPS or electronic chart-assisted collisions but more often, it is the lack or improper use of electronic aids  that cause many of these accidents.

It is important that all instruments are easily accessible.

The chartplotter should be large enough, set at the correct light levels, have corrected charts installed, and have AIS and radar overlays so that all information can be easily correlated.

The depth sounder display should also be easily observable and the helmsman should know the tidal correction to correlate the charted depths to the depths shown on the chartplotter.

All this is required for proper lookout and checking purposes.

Paper charts and electronic charts all have errors and limitations that need to be considered.

The focus on navigation training has clearly been on passage planning rather than execution or proper lookout in the electronic age.

The focus has been on using paper charts and electronic charts as planning tools and perhaps, unfortunately, not as proper lookout tools.

The planning and execution functions require the tools  to be set up in different areas.

Planning  is best done in comfortable conditions, either at home or below decks.

The execution of this plan  is done on deck, at the helm with assistance from the deck crew. 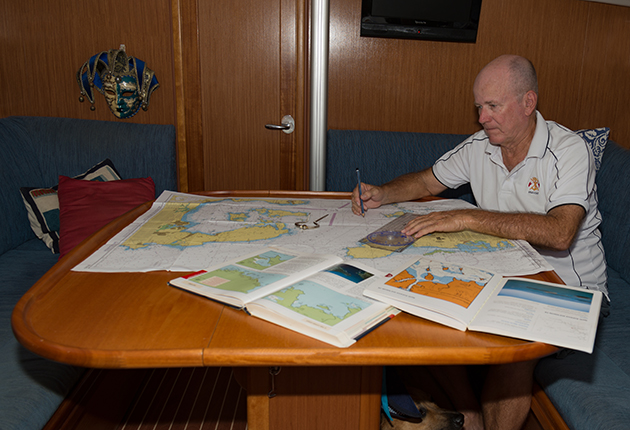 For passage planning, use a larger table where possible

The International Regulations for  the Prevention of Collisions at Sea, Rule 5, requires a proper lookout ‘…by sight and hearing as well as all available means.’

While Rule 7 and 19 mention radar as  an aid, the Colregs do not specifically mention AIS or chartplotters.

The SOLAS regulations do mention AIS (required  for vessels over 300 tonnes) and the  fitting and monitoring of radar and proper installation and use of electronic navigation charts in large ships.

The needs of racing and cruising yachts is different from large ships where air-conditioned bridges with regular checks of electronic charts, radar and other instruments can be conducted  in gale-force conditions whilst having  a cup of tea.

Large ships may undertake  their entire voyage in accordance with the passage plan, whereas sailing vessels face the challenges of changing wind directions and sea conditions resulting in changes to course and speed. 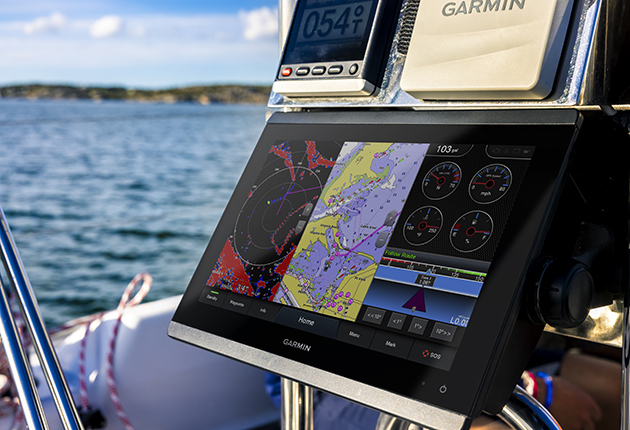 There are big changes underway in the world of digital cartography, finds Sam Fortescue. We review the latest digital charts 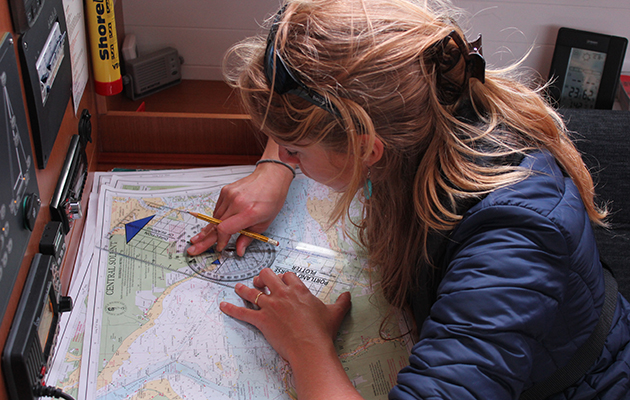 Most of us navigate using MFDs, phones and tablets, or even drones. But can electronic backups be a substitute for… 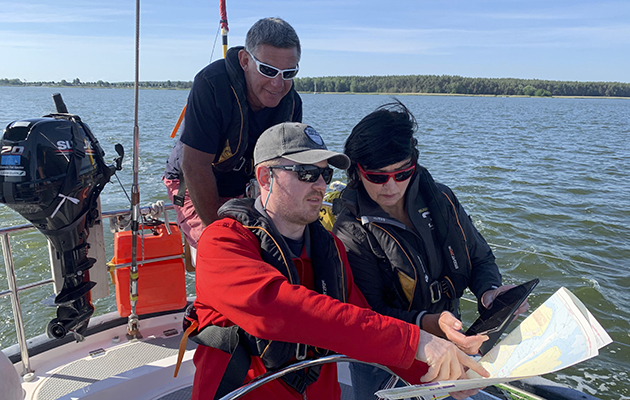 We tend to consider paper charts the most reliable means of passage planning, but both electronic and paper options offer… 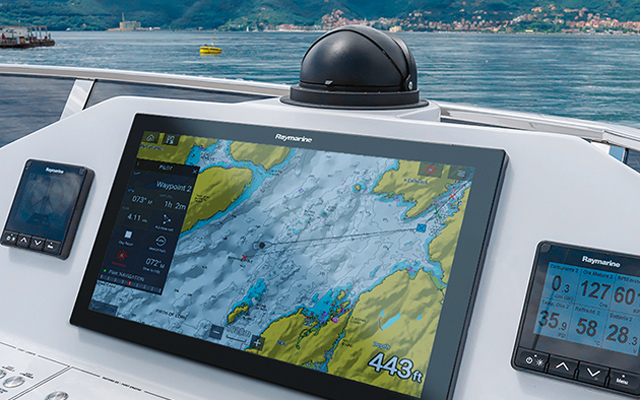 Allowing your electronic charts and other software to become out of date is dangerous, but updating can be something of…

In this age of cheap, reliable electronic aids, the loss of life or boats due to crews conducting a limited lookout by visual means only, is a  real shame.

Given  the relative low  cost of modern chartplotters, there  is no valid reason  for them not being installed on deck where they can be incorporated into  a proper lookout regime.

A proper lookout should include:

Radar is useful in detecting smaller craft  not fitted with AIS but often these are  still difficult to detect.

Wooden fishing  boats in rough water are difficult to detect.

A chartplotter with AIS overlay, and in poor visibility, a radar overlay, set at a zoomed- in range should detect all dangers.

The chartplotter should be visible from  the helm (or both helms) at all times.

A chartplotter at the navigation station below should be used for planning purposes,  in conjunction with paper charts, pilot guides, tide tables and other information. 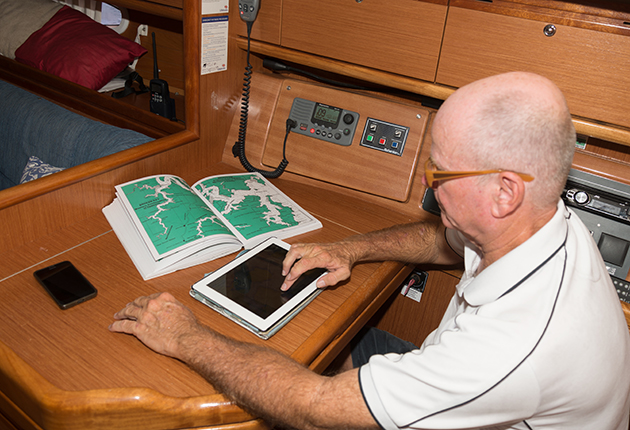 On our boat Shirley Valentine, a Bavaria 38 Cruiser, we have a Raymarine chartplotter with Navionics charts incorporating a Radar and AIS overlay directly in front of the  helm.

This is zoomed in to pick up all  the detail but gives a good range for  picking up AIS and radar targets.

This  is usually set at a 6nm radius to pick  up other vessels in time for collision avoidance and to pick up all chart detail.

We often zoom the range in or out for checking purposes.

At the nav table,  we use an iPad with Navionics charts  for planning and backup purposes.

Before undertaking  a voyage, we spread the paper charts out over our saloon table for passage planning. 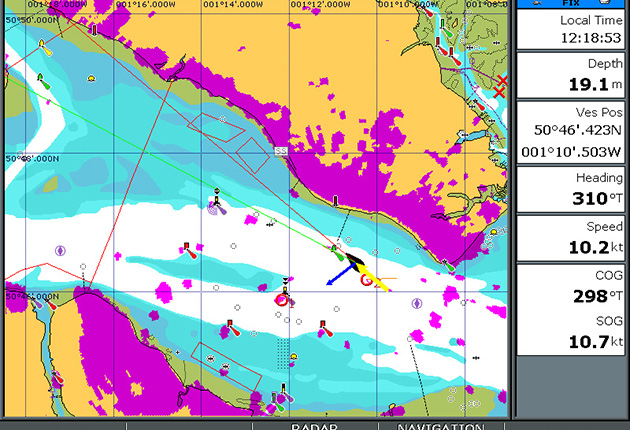 I don’t think any cruising boat has a table  in their navigation area large enough for most paper charts.

The navigation table is better suited to using the iPad along with  our pilot guides, tide times and so on.

Passage planning is done at home  before the voyage or below deck in comfortable conditions.

There is a lot of work to complete a proper passage plan  and a lot of areas where mistakes can be made.

The execution of the plan, monitoring and lookout is all done on deck.

If conditions change substantially, we go below and reevaluate our plans using the paper charts and the electronic charts below.

Clear thinking about the different requirements needed for passage planning, execution of that plan and proper lookout, and not relying solely on electronic navigation aids could go some way to reducing the risk  of more accidents like those of Team Vestas Wind, PricewaterhouseCoopers  and Greenings.