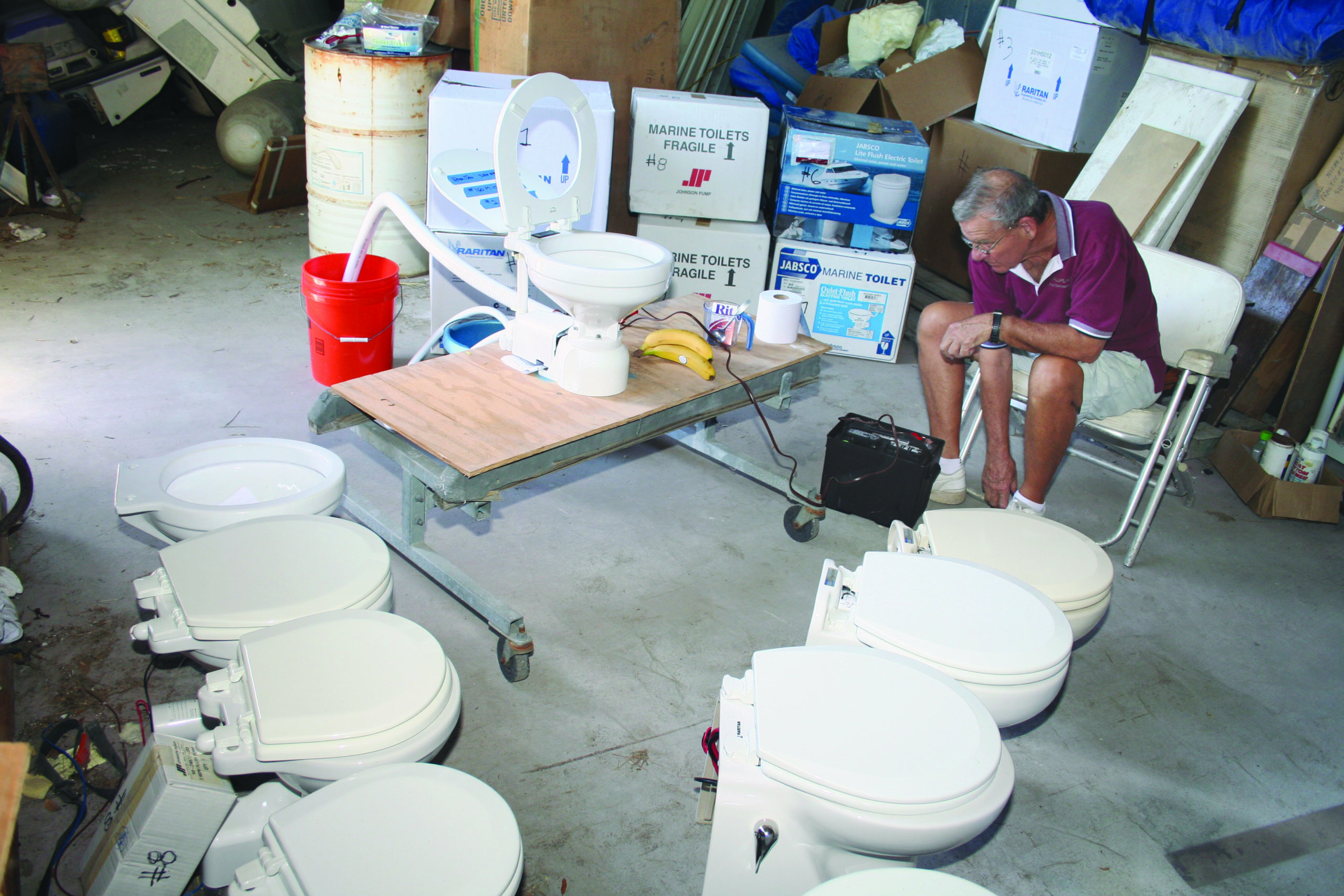 Early in the sailing season, the things we overlooked during winter storage can come back to haunt us. And with regard to our boat’s sanitation system, the spooky item is usually the marine toilet. Seals are often the first to go, with telltale waterlines dripping from the pump body. Less obvious are failures at the joker valve, the duck-billed rubber valve that prevents flushed water (and odor) from returning to the bowl. If you can’t completely flush your marine toilet, the joker valve may be failing.

Age and cold can cause the valve to grow stiff, but another cause of damage is caused by the addition of chemicals that can hasten the valve’s demise. Back in 2013, we tested joker valves for durability and flexibility and noted that some brands were clearly better than others. Conveniently, we also found that some brands of valves were interchangeable. (Although the manufacturers recommend against swapping, we did it, and it works).

In addition to our comments on each joker valve, we made some interesting ground-breaking observations on the effects of chemicals that are often introduced to marine heads. The results of our test busted more than a few head-maintenance myths.

Methanol Windshield De-icer: De-icers did not cause any damage to our sample joker valves, but we don’t recommend them because of the risk they pose to other materials in the system.

Oils: While olive oil proved harmless to all test valves, corn oil caused some minor swelling, and baby oil caused the Jabsco valves to swell and soften. The Groco and Raritan nitrile valves were unaffected.

Urine: Urine was the most damaging off all the chemicals tested, inducing minor leaks in the Raritan valve. The fix is obvious: Flush the waste clear to the tank.

Acids: We soaked the valves in diluted CLR, Lime-Away (sulfamic acid cleaner), vinegar, and 3-percent hydrochloric acid (diluted to 1 percent HCl) for a month. Vinegar caused minor and apparently harmless swelling in the neoprene valve, but not the nitrile valves. CLR caused significan’tly less swelling than vinegar and removed the lime several times faster, with less residue. Lime-Away damaged the nitrile valve, so don’t use this product in marine heads. Hydrochloric acid works fast and did not damage the rubber, but it is nasty to work with and its difficult to judge the dosage. Acid cleaning did not restore resiliency lost in the Raritan valve due to urine exposure. We recommend only CLR for acid cleaning.

Head treatments: We tried several of the most aggressive old-school blue treatments (Aqua-Kem and West Marine Max Control) and noted no important effects, although the alkalinity caused some minor stiffening of nitrile. We see no problem with using these, if the treatment is flushed through as directed.

Ammonia: Ammonia caused similar stiffening and loss in material resiliency that we saw with urine, but without the scale formation. We also can’t think of any good reason to use it.

Bleach: Bleach did no harm to components, but we do not recommend using it. It is bad for the holding tank bio-organisms and is incompatible with many holding-tank treatments.

Lysol Toilet Cleaner: We saw slight swelling in the valves after they were exposed to the Lysol cleaner, but nothing serious. Not recommended.

Grease: We tested valve compatibility with trailer bearing grease, Super Lube Synthetic grease, and Ideal Silicone Dielectric grease. The wheel bearing grease caused some minor swelling in the Jabsco valve. The other products had no effect.

If you’re in the market for a new head, check out comprehensive series of tests, beginning in with our two-part review of electric flush toilets February 2011. For a comparison of our two most popular manual flush toilets see “Two Marine Toilets go Head to Head.”  For a comprehensive discussion of your boat’s sanitation system as a whole, including our time-tested remedy for head odors, see our comprehensive eBook, Marine Sanitation: Complete Series.