A new ‘corrected time’ platform has been launched to enable owners and skippers of a wider variety of yachts to take on some of sailing’s most iconic records.

Whilst many events and races have successfully applied rating systems to determine an overall winner across different classes, sailing records have always been dominated by the largest and fastest yachts like Comanche and Rambler.

A new platform called IRCRecords.com, created by sports management company Fourth Cape, will enable any skipper and crew to use their yacht and its IRC rating to attempt a record course and, if successful, see their new benchmark time published.

Attempts will be calculated and ratified using the ‘International Rating Certificate’ system (IRC), which means that yachts ranging from a 100ft super-maxi to a standard production cruiser-racer can compete over the same courses for a corrected time record.

Once entered on IRCRecords every boat has a 14-day attempt ‘window’ allowing teams to select favourable weather and tidal conditions. Sailing records will be validated using a YB tracker, which can be loaned from an IRCRecords partner, purchased at a discounted rate, or rented.

Jules Verne Trophy winner and 33 times world speed sailing record holder, Brian Thompson commented: “I have spent a good proportion of my sailing career on the quest to break world records and I have utterly loved the challenge of racing the clock. After all, it’s the original form of sailboat racing, harking back to the tea clippers racing through the Southern Ocean, or the fishing schooners on the Grand Banks racing home to sell their catch.”

“What is particularly wonderful about this aspect of the sport is that we need the ideal weather for a record, which means we sail in the perfect conditions to suit our boat, providing the most exhilarating and unforgettable sailing! I’m looking forward to getting my name on this new record leaderboard.” 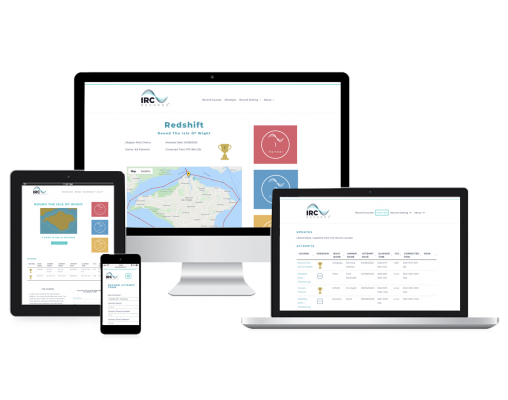 Director of Rating for IRC Dr Jason Smithwick explained: “The IRCRecords platform allows accurate calculations for the wide range of boats that have IRC certificates across the world to challenge these record attempts.

“The IRC rule is used in over 40 countries for local and international, inshore and offshore events, we welcome more boat owners to apply for their certificates and to take part in this new challenge,” he added. “We look forward to seeing record courses grow in both number and geographical spread. It will be interesting to see which courses emerge as the new ‘classics’ establishing themselves as ‘the one to hold.”

Kicking off initially with courses in the northern hemisphere, including classic routes such as the around the Isle of Wight or around Britain and Ireland, IRCRecords will ratify record courses in each major IRC region allowing club racers to establish new courses and set new sailing records. Courses in the southern hemisphere will be opened in time for the start of the next sailing season. 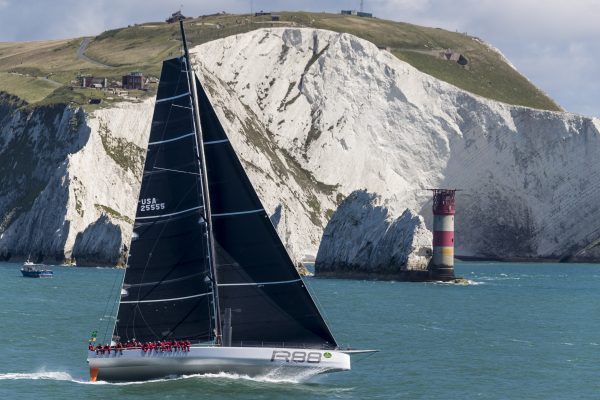 The IRCRecords platform will enable any IRC-certified yachts to make a record attempt at iconic courses such as the around the Isle of Wight. Photo: Rolex/Carlo Borlenghi

Fourth Cape Managing Director Charles Darbyshire said: “We’ve all enjoyed watching the high-profile teams going on standby then attempting and breaking the major records. We are very pleased to be launching the concept of corrected time records, which will make the skill and thrill of record breaking accessible to a much wider group of sailors, making best use of the equipment they already own or have access to.  We wish IRC rated yachts the best of luck as they establish, then lower the corrected record times across our wide variety of challenging courses.“

To see available courses or find out more at www.IRCRecords.com