Rupert Holmes reports on the recent announcement of the Swan 55 and the sea trials of the Swan 58, which was announced in 2020

Nautor’s is expanding at an enviable rate – turnover doubled between 2017 and 2019 and the company shows no sign of wanting to rein in its ambition, with around a dozen new models from 48ft-125ft announced in the past three years with the Swan 58 and Swan 55 the latest models.

The cancellation of last winter’s boat show season meant we were not able to see the Swan 58 at Boot Düsseldorf, but the first boat is now on the water and photos taken during sea trials show it to be another stunning model.

Images of the boat sailing upwind indicate it moving quickly, even relative to the long waterline, while maintaining a balanced helm.

The cockpit looks beautifully uncluttered, with a clear passage from the transom and helm stations to the companionway.

On the other hand some will be disappointed by the positioning of winches and clutches outboard of the cockpit benches, rather than inboard on pedestals ahead of the wheels.

Around the same time as the 58 hit the water, Nautor’s announced a new Swan 55. This will fit into an increasingly comprehensive range of Swan Line models, between the 48 and the 58. 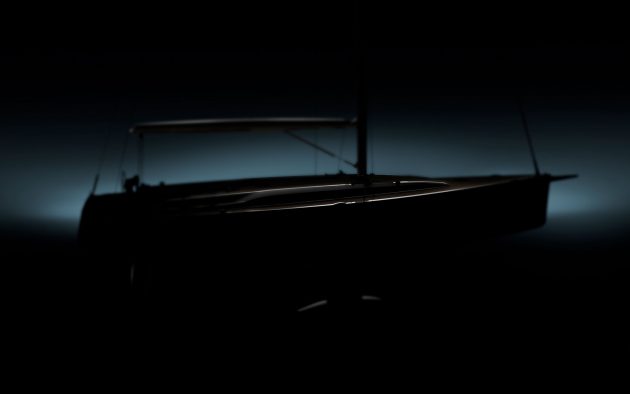 Like the new Swan 65 that was launched in 2019, the 55 is intended to be evocative of the original Sparkman & Stephens-designed Swan 55.

Although overshadowed by the success of the original 65, this was a superbly comfortable and capable boat in its day and the flagship of Nautor’s range when launched in 1970.

The company has yet to release full details of the new Swan 55, although we know it’s another twin rudder German Frers design, along similar beamy lines to the existing new generation boats.

However, it will also benefit from work Frers has done over the past couple of years in analysing optimal hull shapes using latest software tools.

He says the hull will have “a powerful back end that attains maximum sailing length and low resistance when heeled.” Bow sections are “well rounded transversely and have a sharp entry angle… favouring the sailing condition and comfortable ride when heeled.”

Two versions of the Swan 55 will be offered – a standard cruising model and a performance variant with a square-top mainsail. This will clearly be an attractive option for those planning to race the boat, whether in one of Nautor’s own events, or in iconic regattas and offshore races around the world.

The company understands, arguably better than any other yard, the importance in today’s market of delivering a compelling and unique experience to owners, rather than simply selling a physical product and its Nautor’s portfolio of events continues to strike a chord with owners both of new and older boats.

Update: The Swan 58 is due to make its public debut at the 2021 Cannes Yachting Festival.