For the first time the late Ed Dubois and Royal Huisman collaboration, Ngoni, has gone on sale. She remains for many one of the most stunning yachts ever launched

“Build me a beast. Don’t build me a sheep in wolf’s clothing. This has to be an edgy and innovative weapon; fast and furious.” This was the owners brief for Ngoni, which has now been listed for sale with Carrswood Yachts.

In other circumstances this brief would have been challenging enough, but when the project is a giant 58m (190ft) sloop with a displacement of nearly 400 tonnes you quickly start pushing the boundaries of superyacht design, deck hardware and materials technology.

Happily for those with a spare £45m and who might be interested in Ngoni, when Rupert Holmes (reporting for Yachting World) looked at Ngoni in detail and spoke with her designers, he found a boat that had more than delivered on the challenging owners’ brief. 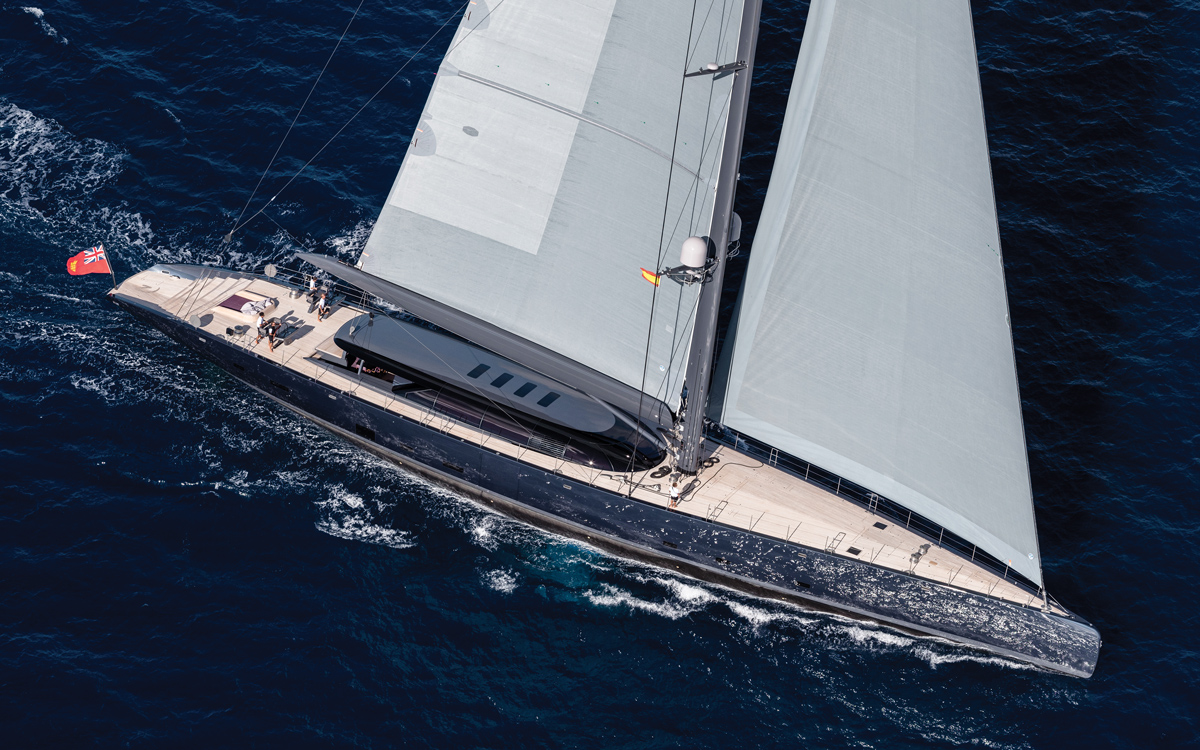 The owner’s brief for Ngoni would be challenging for any size of yacht: “Build me a beast. Don’t build me… 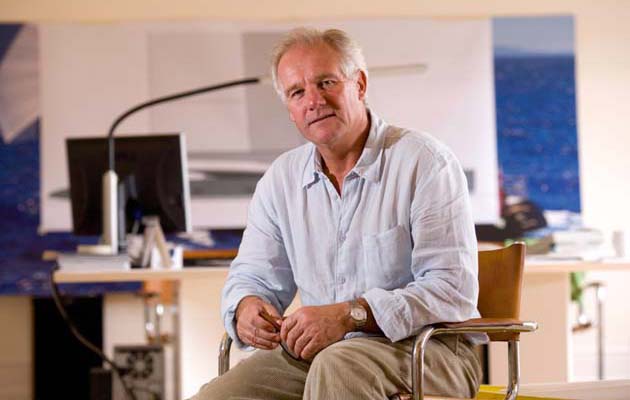 Few yacht designers were as influential as Ed Dubois, who died in March at the age of 63. He trailblazed…

There is much to be impressed with on Ngoni, not least her rig. The towering mast, built by Rondal, is one of the world’s largest one-piece carbon spars. The rig had to look aesthetically perfect, so the aft four metres of the boom is an extension beyond the clew of the mainsail that’s shaped to match the profile of Ngoni’s stern.

The enormous square top mainsail covers almost a quarter of an acre – the equivalent of four tennis courts. 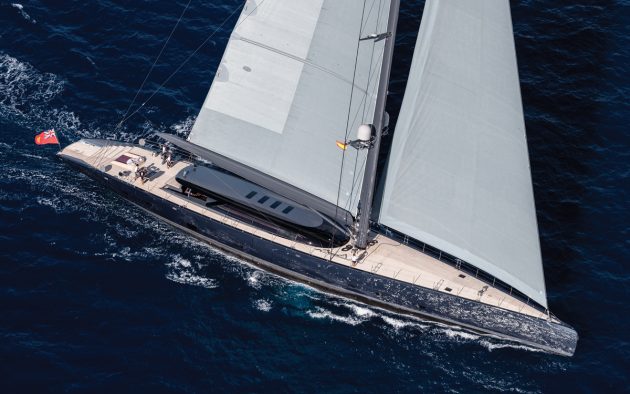 As well as contributing to the minimalist styling, the elimination of as much on-deck hardware as possible has reduced weight aloft, while minimising wind resistance and improving airflow, particularly over the headsails.

Another key requirement of the brief was that the boat needed to be fun and rewarding to sail.  It had to be a boat that you could sail all day and step off without feeling too tired from the excitement of hands-on fast sailing.

These requirements called for a high aspect ratio-balanced rudder allied to a manual steering system with no power assistance. The design process led to a single, 6.95m2 (75ft2) carbon rudder also made by Royal Huisman’s sister company Rondal.

An impressive racer Ngoni may be, but she is still a superyacht and down below she still displays the sort of finery you would expect for the price tag. 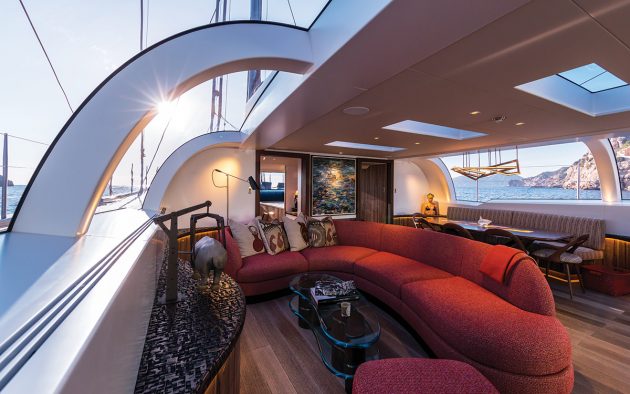 The interior was designed by Rick Baker and Paul Morgan. The pair do not work exclusively in the marine field so they were able to bring some bold, outside-the-box thinking to the project.

There are several specialist finishes which would not normally be associated with a contemporary yacht. These include artisan resin panels and metalised spray and lacquered textured effects. Other finishes include bespoke veneers, distinctive marbles and Italian onyx.

The deckhouse has a bar and dining area to starboard and informal seating, with coffee tables and a pop-up television, to port. A curved staircase leads down from the deckhouse to the owner’s and guest accommodation. The lavish owners’ suite takes up a significant proportion of the main accommodation deck.

It includes a full-beam stateroom with a large bathroom, a study and a spacious gym with an opening port in the topsides. There are two superbly appointed guest cabins – a twin to port and a double to starboard with a Japanese theme.

The post Ngoni for sale: Stunning sailing superyacht yours for £45m… appeared first on Yachting World.