Having fallen overboard in a deserted anchorage at night without a lifejacket, Cully Pettigrew is in serious trouble

Yachting Journal of a Hebridean Sailor by Cully Pettigrew offers an unusual insight into the mind of a deep-thinking man. His relationship with a small yacht over 30 years and 28,000 miles gives his readers access to a fund of knowledge about the Scottish islands while the sea teases out his more abstract thoughts and ideas.

Among the charming, informative and challenging accounts that make up much of this book, I came across the following description of something which every male reader dreads: the fall over the toerail into cold water while making an after-dark visit to the deck in search of simple relief.

Cully’s description of what happened and his inner transformation from accepting fate to finding a refusal to quit is something to which those of us who have been in the water and survived may well relate.

Ever the modest man, an entry in one of his log books from 1990 remarks, ‘Why do I bother to write all this down, as nobody will ever read this stuff.’ Thirty years on, as we all profit from his diligence, I’d like to think that he finally understands why he took the trouble. 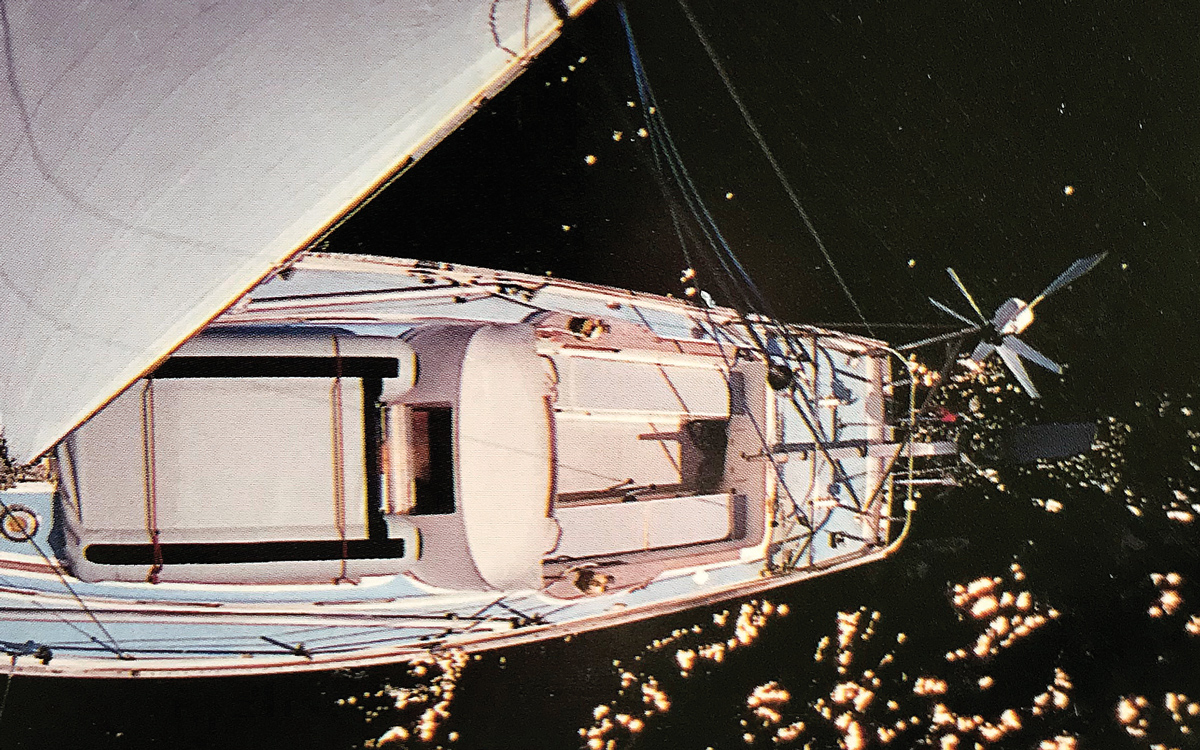 Back in the early 1990s, a young man called Miles Hordern sailed his 28ft Kim Holman-designed Twister single-handed from the… 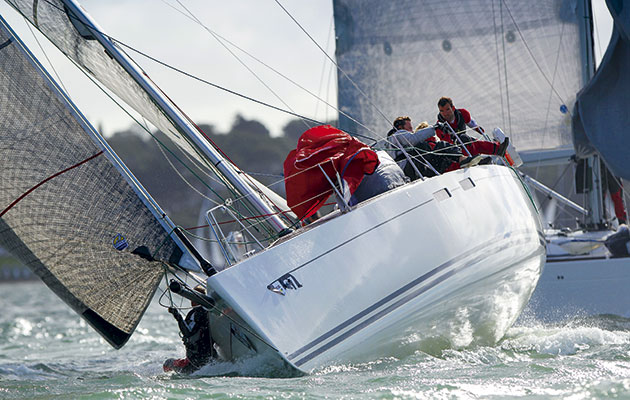 From Yachting Journal of a Hebridean Sailor

Leisure sailors rarely lose their lives at sea, which should make sailing one of the safest activities. Sadly, this hobby claims several victims each year, a loss easily avoided as most of these accidents occur a short distance from safety.

Papillon of Carden is a 28ft Dufour Safari built in La Rochelle, Brittany, in 1972, and has been in my ownership since 1979. The 2012 delivery cruise from my winter base on the Island of Luing near Oban to the summer mooring at Crinan in the Sound of Jura should have been routine, but was to serve me a sharp lesson in early season over-complacency.

When completing the biannual refit before Easter, I little realised the survival ordeal ahead. The 12-mile trip was undertaken single-handed around the middle of March, the plan being to stop overnight a short distance from Crinan at the popular summer anchorage of Goat Island in Loch Craignish. 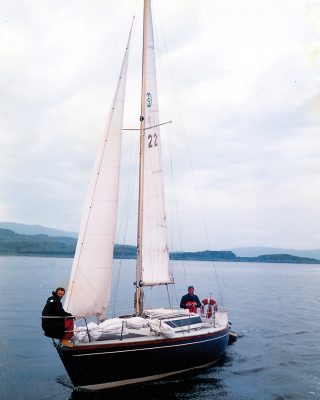 A lazy day on Loch Crinan

After a pleasant motorsail through the Dorus Mor, I anchored and settled down for my first and nearly last night on board.

Goat Island was sheltered and deserted, no other yachts venturing out so early in the season, and the boat lay still in the evening calm of a dark, cold winter night.

The stars were out and tomorrow’s forecast promised a sunny and pleasant motor to Crinan Harbour.

Around 10pm I decided on the customary visit over the side. I hadn’t put on a harness or lifejacket as this ritual had been successfully performed over the last 33 years without mishap.

My arm was hooked around the backstay, a normal precaution against losing balance, and next thing I remembered was a whooshing effect, followed soon after by the weird sensation of waking up in my warm bunk having had a nightmare of swallowing water and drowning in the sea… except that this worst dream was real and I was actually drowning.

I awoke to the horrible sensation of bubbles bursting around my head and the strong taste of salt water in my mouth. I had lost consciousness and tumbled over the side. Regaining my senses shortly after hitting the water, I found myself three metres from the dinghy always kept inflated at the stern of the yacht for such an emergency.

This was the one safety precaution relied on to escape from the water, as in past incidents I had been able to clamber into the dinghy from the sea and from there regain the safety of the yacht’s cockpit. 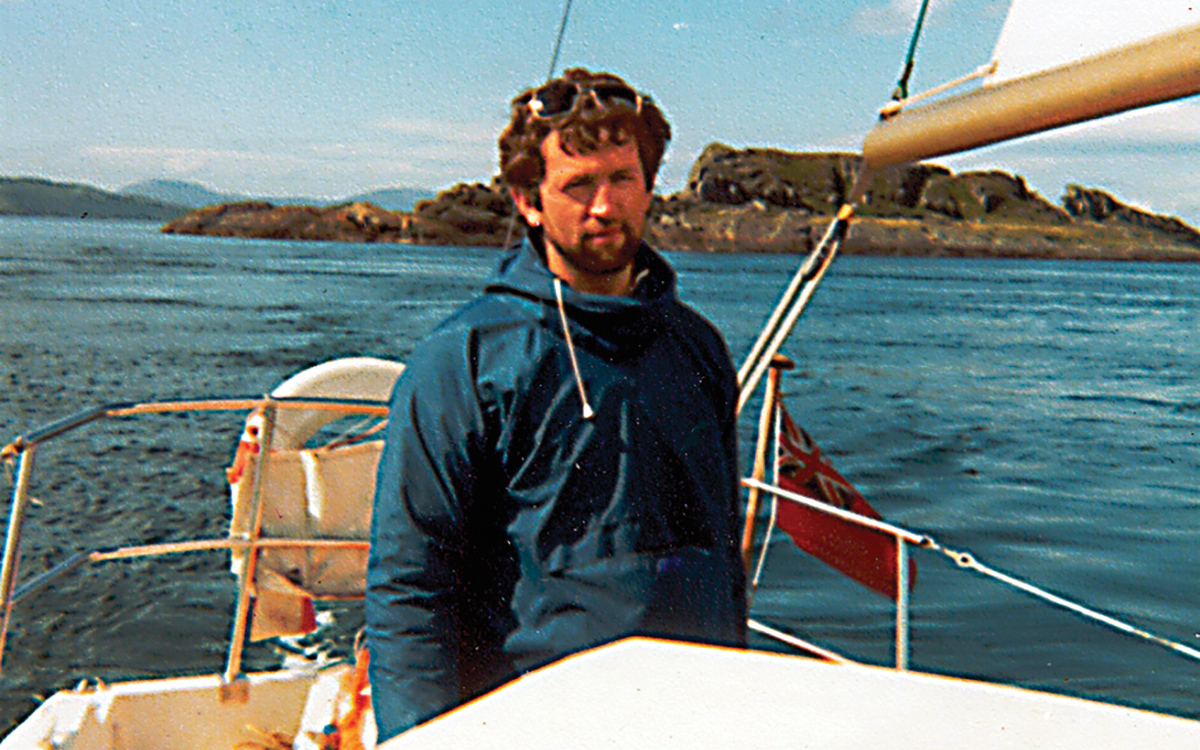 The author in his younger days, “when I had hair”

I am neither swimmer nor drowner, but managed to reach the side of the dinghy only to find my arms wouldn’t function, having lost all strength.

Despite being fit for my age, I was unable to board the dinghy or reach up to the pushpit. My immediate thought was that a stroke had affected my limbs. Looking up towards the life ring fitted securely in the pushpit above, I realised with a sinking heart it was well beyond reach and I was now in a dangerous and life-threatening situation.

The post Night fall: An extract from Cully Pettigrew’s Yachting Journal of a Hebridean Sailor appeared first on Yachting World.