North Sails has teamed up with Nigel Musto to produce what they believe to be the most advanced sailing clothing ever made. Toby Hodges takes a look at the technology.

Very rarely do new brands of wet weather gear come along, so when North Sails decided to enter the foray and produce their own North Sails clothing it had to be pretty confident that it had something new and enticing to offer.

The world’s leading sailmaker headhunted an industry leader to give it the jump. Nigel Musto, previously the long-standing designer and consultant for the eponymous former family firm, was effectively given a blank sheet of paper to design the best wet weather gear in the world.

The new range of high performance gear comprises four new lines to suit sailors from the highest end of Grand Prix and inshore racing, to offshore and full ocean foulies. 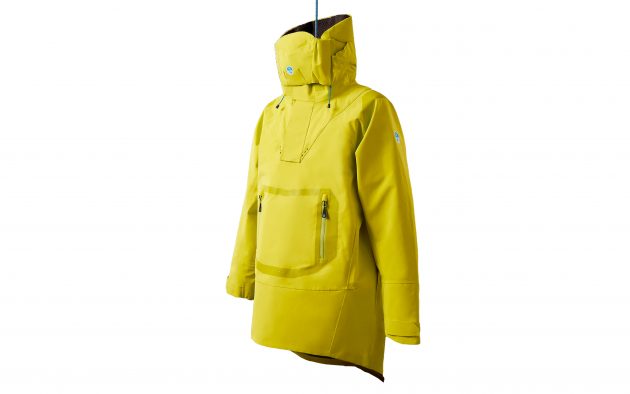 Optimised for Fastnet Race/Sydney Hobart type races, or up to five days offshore, these are light weight and available as smock (£700), jacket (£700) and trousers (£600)

Manufacturing is done in one of the very few Chinese factories licensed to use the Gore-Tex Pro membrane. “In our market there are only two companies with the license for Gore-Tex kit – Musto and North Sails,” says Nigel Musto.

Speaking from the North Sails Gosport loft with the first garments ready to go in store, he explained that he had been trying to solve a number of key problems for years when the sailmaking firm approached him in January 2019.

The first centred on water repellent coatings: “Over the last 25 years various EU directives have meant durable water repellents (DWR) have been gradually watered down.” This is to reduce the environmental impact of the fluorocarbons they typically use. The downside is that they became less effective. “Where water used to bead off for weeks, now a good DWR will wet-out after a few days offshore and the garment becomes colder and heavier.”

He found that water gets trapped between the nylon yarns, which quickly adds weight. “We worked with Gore-Tex on some new fabrics and developed a TightWeave, which comprises incredibly thin, tightly woven yarns. This prevents the moisture getting trapped.” 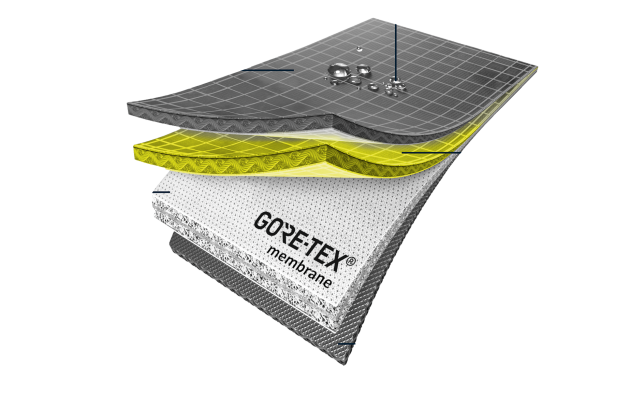 This, he says, has prevented the majority of moisture absorption, so the Performance garments are lighter and more comfortable.

“Yachtsmen had been telling me for 30 years that they were getting damp bums,” Musto continues. “Even though we would pressure test them and prove fabrics were not leaking we still couldn’t figure out why it would happen.”

They traced the problem to the patches used on the knees and seat of trousers. “Cordura holds a lot of water so gains weight when it wets-out. When you sew a patch on, it creates a pocket that can never dry out. Body heat warms the water up in this pocket and the breathability process reverses and moisture goes inwards.” 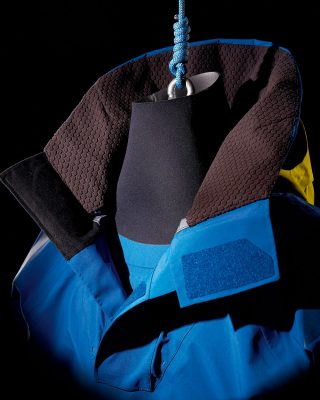 DuraSeal is a new 1.2mm thin neoprene for a durable watertight seal

North Sails happens to be a world leader in lamination technology, says Musto, “so we found a way of laminating on top of Gore-Tex.” Called 4DL, which means 4-layer durable laminate, the fourth layer is a non-absorbent material on top of the 3-layer Gore-Tex.

Laminating the patches stopped water getting through and prevented pockets forming.
“We found we had fixed all of the issues suddenly and the bonus of the combination of TightWeave fabric and 4DL patches is a garment which weighs 30% less than others when dry and with 70-80% less absorption of traditional gear when wetted out.”

“From a sailor’s perspective this is so much more comfortable – not holding water so you’re not getting cold.”

The fabric could revolutionise performance sailing kit, says Musto: “4DL patches are as big an advance in technology as Gore-Tex was in the 1990s – the pros are saying it’s that comfortable.” IMOCA skipper Kevin Escoffier has sailed 30,000 miles in his kit.

North’s new Performance range also introduces other new tech such as a permeable nanofibre to help ensure its GP line is ultra lightweight, and a neoprene-based DuraSeal for waterproof neck and wrist seals, which won’t perish under UV like latex seals.

The range is currently available in unisex sizes S-3XL, with women’s-cut items due 2022.