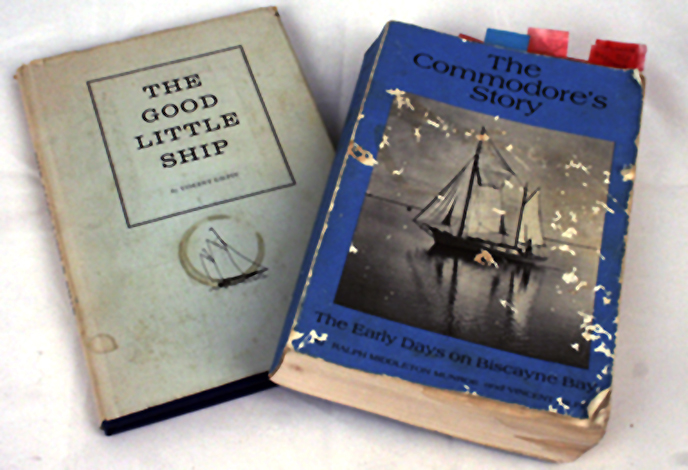 Cruising sailors are more fortunate than others whose favorite pursuit has been sidelined by the pandemic. They have a bounty of great books about boats and the sea to help fill the hole in their lives.

I tried to think of another leisure pursuit so rich with great writers and came up empty. I suppose an avid traveler might muster a competitive roster of story-tellers, but some of these writers’ best travel tales are tied to the sea, so we, too, could claim them as our own.

A good sea story can hardly replace the experience of being at on the water, but for many of us it is an effective balm for the sea-starved soul. While putting together our recent report exploring the pros and cons of shoal-draft boats, I was reminded of two books I’d written about in connection with  our review of the Presto 30, which first appeared in the June 2011 issue.

The first is The Commodore’s Story, a memoir of yacht designer Ralph M. Munroe, co-written by his longtime friend Vincent Gilpin. While ostensibly the reflections of a turn-of-the-century sailor, pioneer, and a yacht designer, the The Commodores Story emerges as an environmentalists paean to the early days on Biscayne Bay. Many experts believe that Biscayne Bay is at a tipping point beyond which the path to environmental restoration will be impossible. Anyone who has watched progress consume their favorite sailing grounds can identify with Munroes saudade:

“. . . as I look back there is a color-a tone-a resonance-a life, in those early days and their doings which is now unknown.”

Munroe was writing about Biscayne Bay of a century ago. I can only imagine what he’d say about the bay today if he were alive to see it.

The second book is Gilpin’s Good Little Ship. Gilpin initially wrote the book as a tribute to Munroe’s designs, the great volume of line drawings, photographs, and plans that the Hurricane of 1926 swept from Munroe’s home in Coconut Grove, Fla., The Barnacle. But the slim books purpose becomes more far-reaching, ultimately presenting the foundations of a philosophy that is equal parts romantic and pragmatic-the philosophy of the small-boat sailor. As Gilpin writes:

“Man has adventured on water in endless ways . . . but of them all, the small craft lies closes to wind and wave, which are the soul and body of the sea.”

If you’ve ever imagined yourself gunkholing shallow bays and estuaries in a boat that carries not an ounce of plastic, then you’ll enjoy The Good Little Ship.

Whenever I feel like contemporary yacht designs are losing touch with their raison d’etre, these are two of the books I turn to. If you’ve got a great book you’d like to share with other sailors, please let me know at practicalsailor@belvoirpubs.com, or leave a comment below.