The new Pogo 44 aims to deliver more speed, space and comfort without compromising on the qualities that have set its previous cruising models apart from the pack

This Breton yard has long punched well above its weight with both its raceboats, including a foiling Mini 650, and cruising models.

Over time, the company has increased its focus on the latter, producing well-engineered designs that embody attributes developed for long-distance short-handed raceboats and coupling these with cruising comforts.

Pogo’s latest model is aimed at providing proportionately more speed, space and comfort, while retaining the existing ethos that has proved very popular with tech savvy cruisers who like to sail fast.

This Finot-Conq design closes the gap in the range between the long-running 40ft Pogo 12.50 and the Pogo 50 that was launched eight years ago, and builds on the heritage of the more recent Pogo 36. 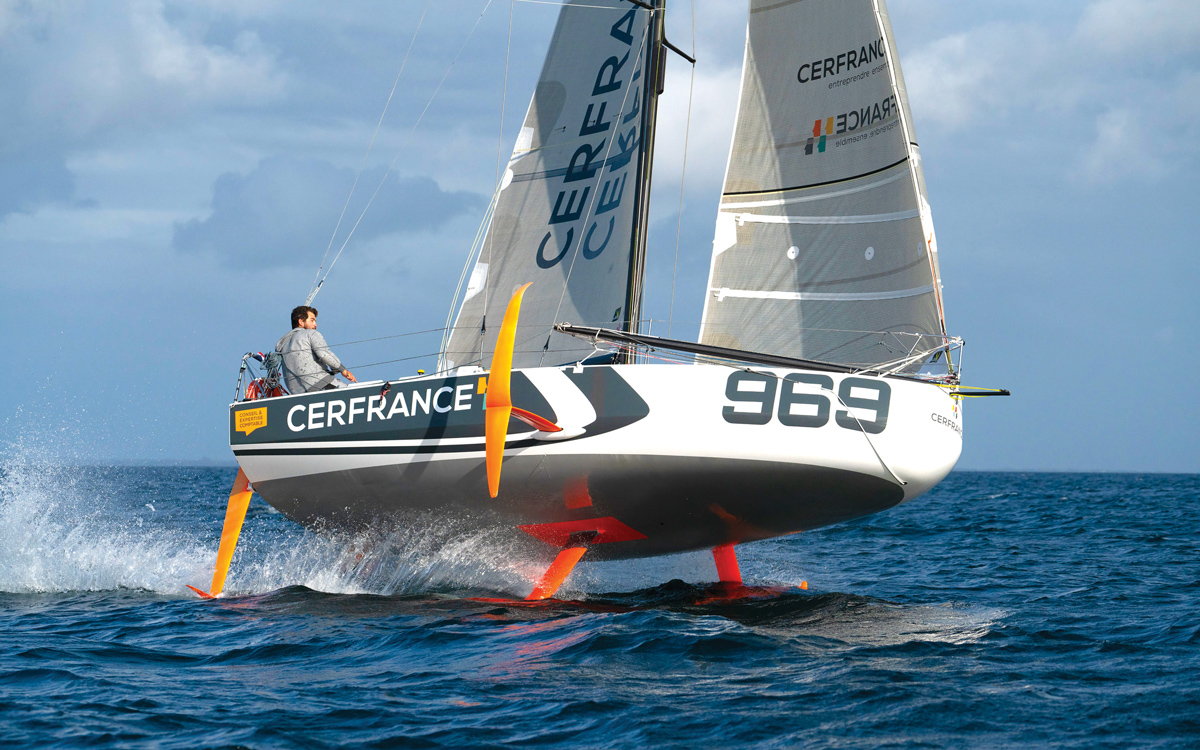 Since the Pogo 1 was launched in 1997, the Pogo Structures yard in Brittany has won ten out of the… 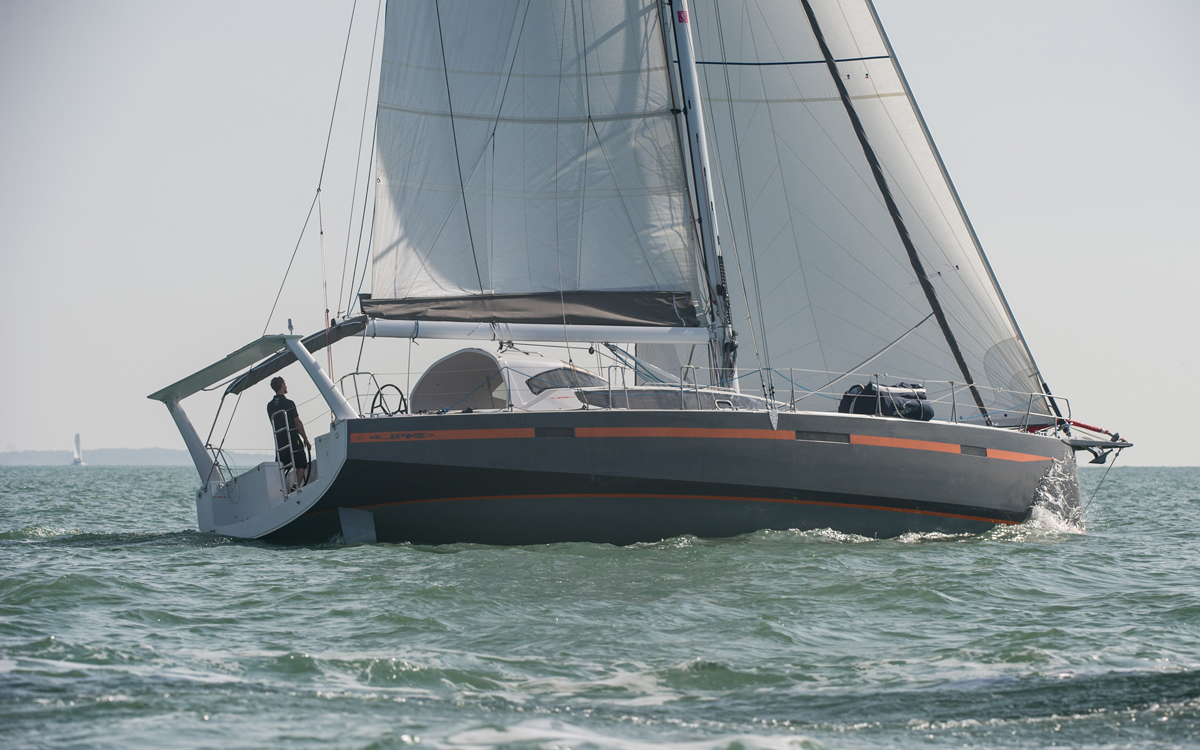 This quirky French cruiser has the soul of a race yacht and is full of innovations. Toby Hodges sails the…

The square-top mainsail, which has a long chord length at the head, helps to boost sail area, although a more conventional mainsail shape is also offered.

The Pogo 44 has the same beam as the Pogo 12.50, so appears proportionately more slender on paper.

However, the chine extends right forward to the bow and the forward sections are broader and more powerful.

With the new larger boat weighing only 400kg more than the 12.50, it can be expected to lift onto the plane more easily, giving phenomenal performance off the wind.

Top of the range deck hardware is configured to allow any operation to be carried out efficiently by only one person. Owners can choose twin tillers or wheels. 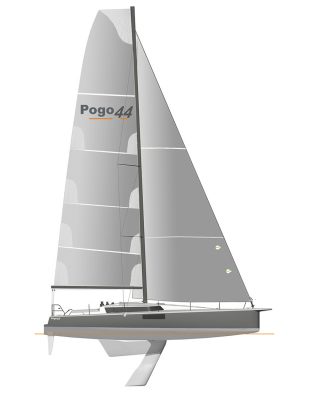 Much of the extra hull length is forward of the main bulkhead, where there’s an impressively large and well-appointed owner’s cabin.

Even when fitted with the optional en-suite, which includes a separate shower stall, this cabin has plenty of space and good stowage, plus additional seating aft of the berth.

The rest of the accommodation includes a linear galley opposite a large saloon, one or two double aft cabins, an aft-facing navigation station and a heads compartment aside the companionway.

Despite the contemporary styling, broad transom and twin rudders, this boat is every bit a cruiser – no attempt has been made to modify the shape or sail plan to optimise IRC ratings. On-deck stowage is plentiful and easily accessed.

The first Pogo 44 was launched in July this year.

The post Pogo 44 first look: This Finot-Conq designed cruiser should punch above its weight appeared first on Yachting World.