It has only been two weeks since we last saw racing in the Prada Cup, precursor to the America’s Cup, but for those who have been following closely, it has felt a very long two weeks. Those who support INEOS Team UK have had an even longer gap, with fully three weeks passing since their epic final race against Luna Rossa Prada Pirelli.

It is that final race which sticks in the memory, with nine lead changes and a last-leg thriller from the two teams, which saw INEOS Team UK win the Prada Cup Round Robin Series and earn their place in the Prada Cup Final.

Now the Italian flagged Luna Rossa Prada Pirelli have eliminated American Magic in the Prada Cup Semi-Final – with four straight victories – the stage is set for a thrilling first-to-seven wins showdown over the course of the next two weeks. 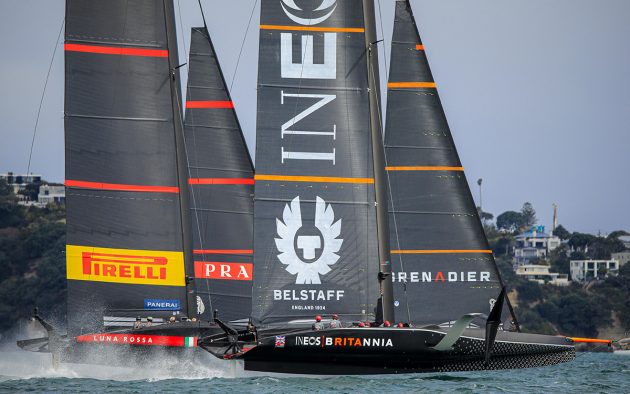 Ideal lead up to Prada Cup Final for both teams

It is often said of the America’s Cup that you can throw all the money in the world at a team, but the one thing that is most valuable, and the one thing that money cannot buy, is time. With this in mind, you would have to say the British team going straight through to the Prada Cup Final should put them one step ahead of the Italian outfit.

Put simply, the Brits had a full week in which they could fit and test new upgrades and record and analyse data while Luna Rossa were preparing for racing that had the potential to see them ejected from the competition entirely.

Certainly the Brits have been making the most of their time and have been out on the water but have also spent some time in the last two weeks in the team shed undergoing some modifications. The aim of the game in the modern America’s Cup is to continually develop your team and boat’s performance right up until the point you are either knocked out or win the America’s Cup itself. 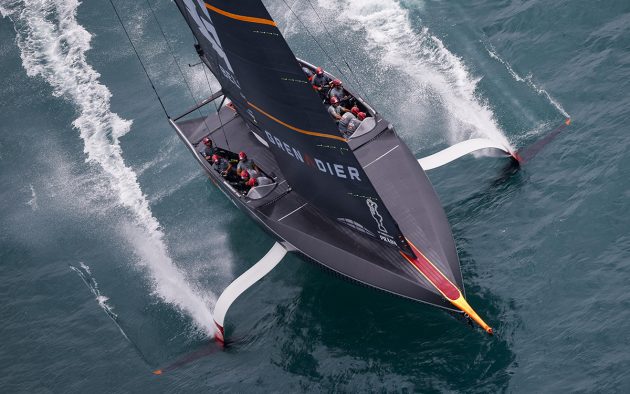 Assuming nothing significant has gone wrong in their recent developments then it is safe to assume that the INEOS Team UK AC75 which lines up this coming weekend for the first race of the Prada Cup Final will be a quicker and more refined version of the one we saw during the Round Robins. The question will be how much quicker and how much more refined?

“We have worked very hard over the period and our team has stuck to the task of trying to get every ounce of performance out of the boat,” explained Sir Ben Ainslie at the Prada Cup Final pre-event press conference. “It’s been a tough period, especially for the shore team. During the last ten days or so we’ve been back on the water trying to get the intensity up and making sure we are match fit.”

All things being equal, you would say it is advantage INEOS, however, Luna Rossa Prada Pirelli’s boat has not looked slow, particularly in the medium to light wind ranges. They may have lost every race to INEOS Team UK in the Round Robin series, but none of the winning margins for the Brits were particularly huge. 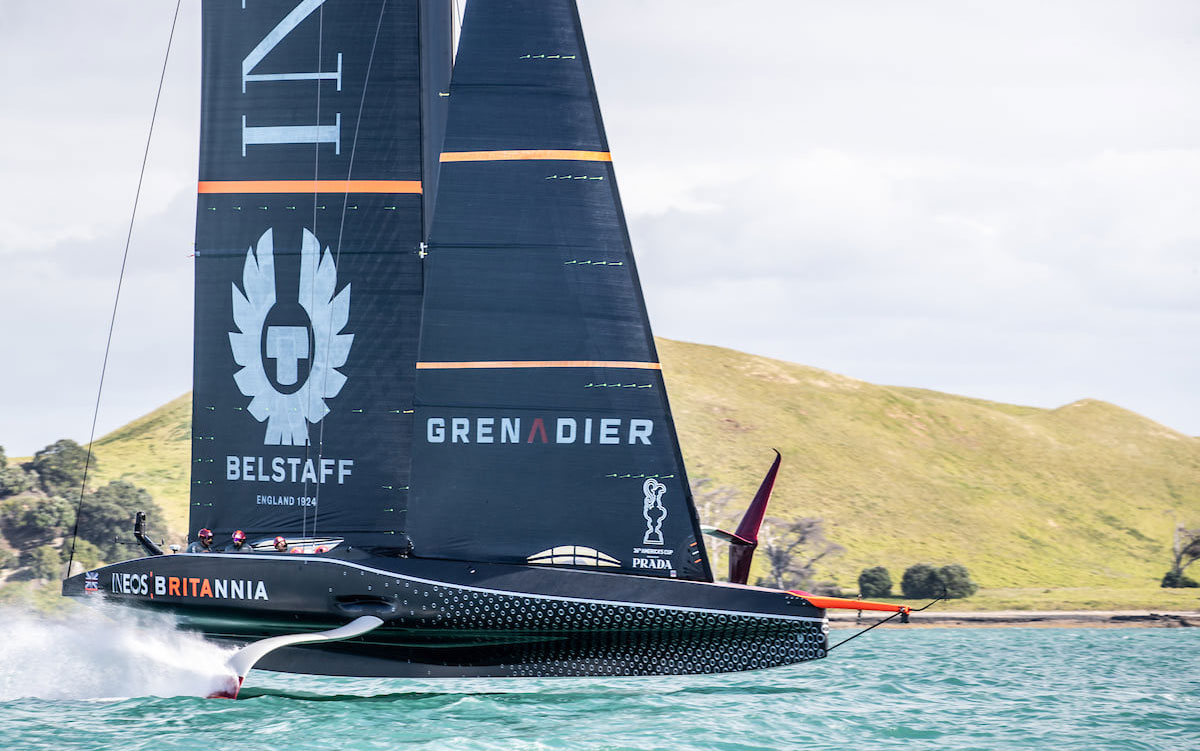 The teams are there, the boats are there, and racing has finally started in the Prada Cup, the official competition… 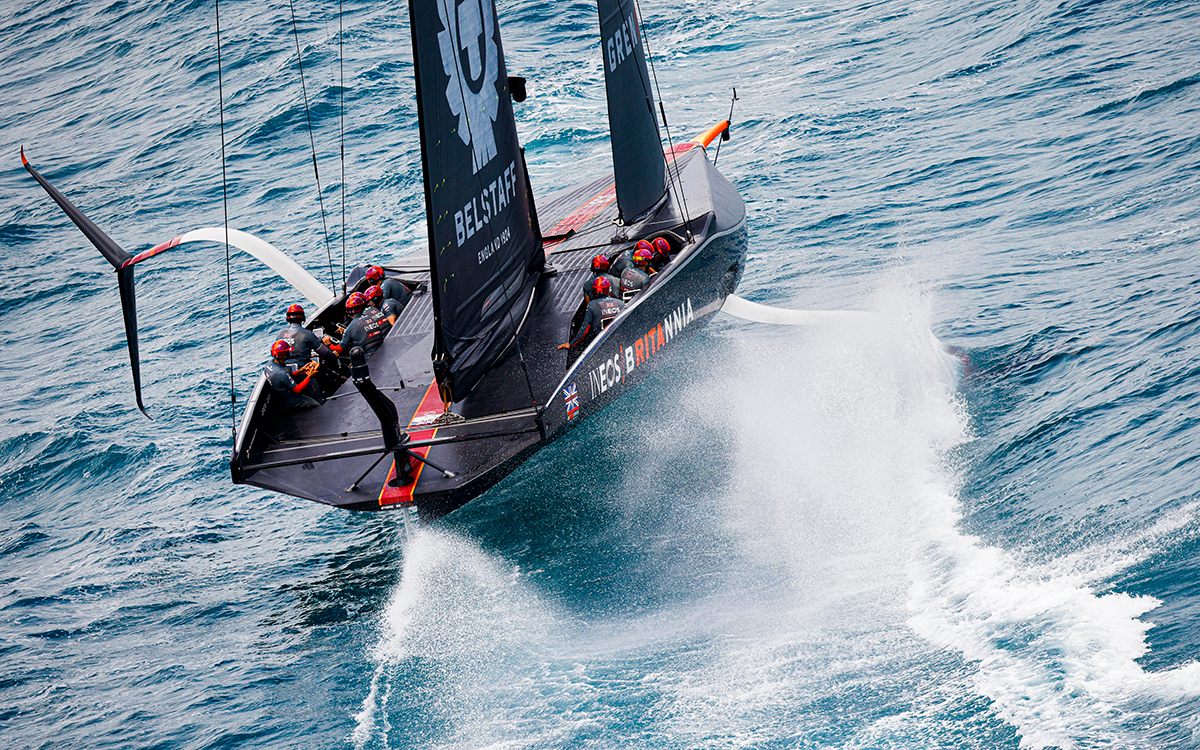 In part is seemed the main thing separating the two teams, was the decision by INEOS to go with a dedicated tactician in Giles Scott, while on Luna Rossa the two helmsmen, Francesco Bruni and Jimmy Spithill, shared the role as they shared steering (one on port tack, one on starboard). Throughout the Round Robin Series, INEOS Team UK seemed to have the tactical edge when it came to the key decisions.

As such, you could easily make an argument that for Luna Rossa Prada Pirelli, the thing they needed most was race practise, so to have the opportunity to sail an additional four races may have helped them more than the week of development.

Although they have had less development time than the Brits, it appeared that the Italian outfit had managed to make some changes in the four short days of training they had between the Round Robin and the Prada Cup Semi-Final. 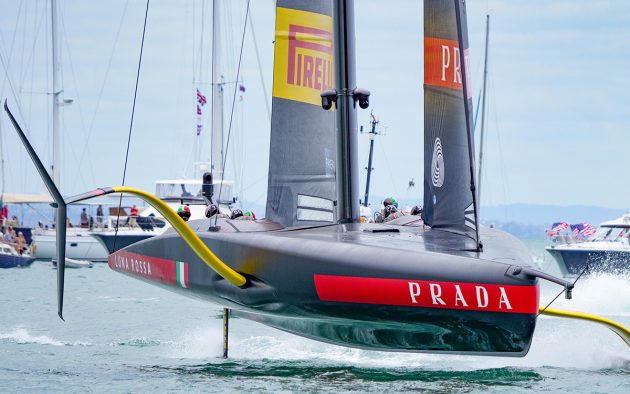 Certainly it was noticeable that their mainsail trimmer, the talented Pietro Sibello, was far more involved in the tactical discussion loop than he had previously been, and there seemed much more discussion between him, Bruni and Spithill throughout their racing against the Americans.

However, their boat also looked a touch faster too, with a particularly impressive high mode upwind. It is difficult to tell how much of an improvement they had made with the relaunched American Magic never looking back to her old self.

Several members of the Luna Rossa Prada Pirelli team have been quoted as saying they were 10% faster in the Semi-Final than they were last time they sailed against, the Brits, but whether this is a number reflective of actual data, a thumb in the air measurement of performance and crew work or something else entirely is hard to know.

Certainly 10% would be a startlingly impressive improvement to their actual speed however it is measured. But whatever the truth of the number, the message is clear that they are a quicker, sharper outfit than last the two met. 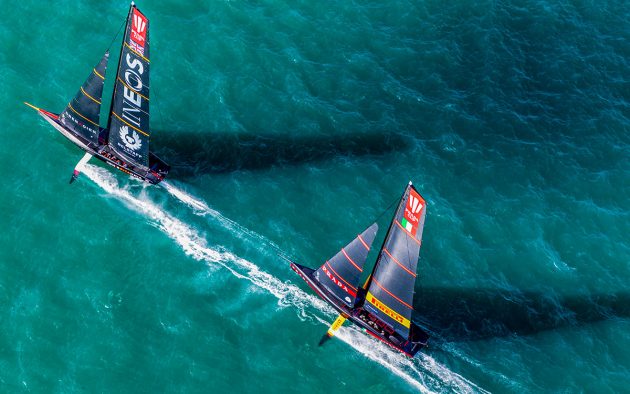 “Since we raced INEOS Team UK last time, we have new foils, a new modified mast, a new set of sails, a lot of development on the software system on the boat and a lot of improvements especially in the communications on board,” said Max Sirena, Luna Rossa Prada Pirelli Team Director in the pre-event press conference.

“We made a lot of mistakes when we raced against INEOS Team UK and we want to come out with one mistake less than them this time.

“I think at the beginning of this campaign we were a little bit off the pace in big breezes. Mainly because, for some reason, we did not encounter many windy days when we launched the boat. But when we finished the Round Robins we started to sail in the big breezes and were able to work on what was needed and now we feel very confident in the full wind range. We are now ready to sail in any condition.” 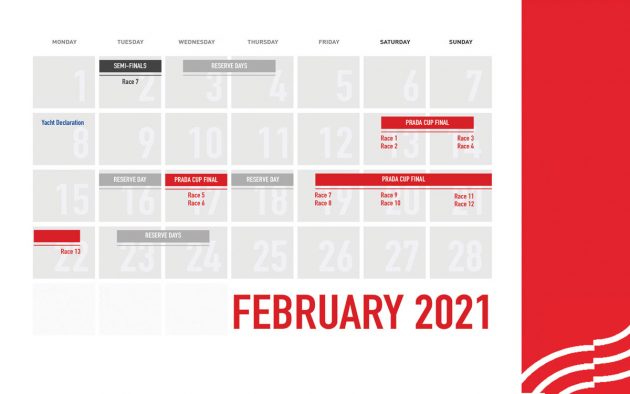 Schedule and forecast for the Prada Cup Final

Unlike previous rounds of the Prada Cup, racing will not begin on Friday, instead the first two races for the Prada Cup Final will take place on Saturday 13th February. These two races will be followed by two more on Sunday the 14th and a further two on Wednesday 17th February.

As it is a best of thirteen (first to seven) competition, neither team can win the event over the course of the first three days. Races 7 and 8 are scheduled for Friday 19th February with a further two races on Saturday 20th and Sunday 21st, and a final race on Monday 22nd.

As such, should one team win every race the event would conclude at the end of the first race on Friday 19th February with all races after that officially listed as ‘if needed’.

Currently conditions for the opening weekend of the event look set to be relatively light, with winds predicted to be around the 10 knot mark.

Change to wind limits for Prada Cup and America’s Cup

There has been a slight reduction in the upper wind limit for racing in both the Prada Cup Final and the America’s Cup itself this week with the organisers releasing a statement that reads:

After reviewing the performance of the yachts and the variations between the yachts’ wind measurement data and that of Race Management due to differing measurement heights, it has been decided to leave the current upper wind limit at 21 knots for the Prada Cup Final and the Match and not increase it to 23 knots as originally specified in the Race Conditions.