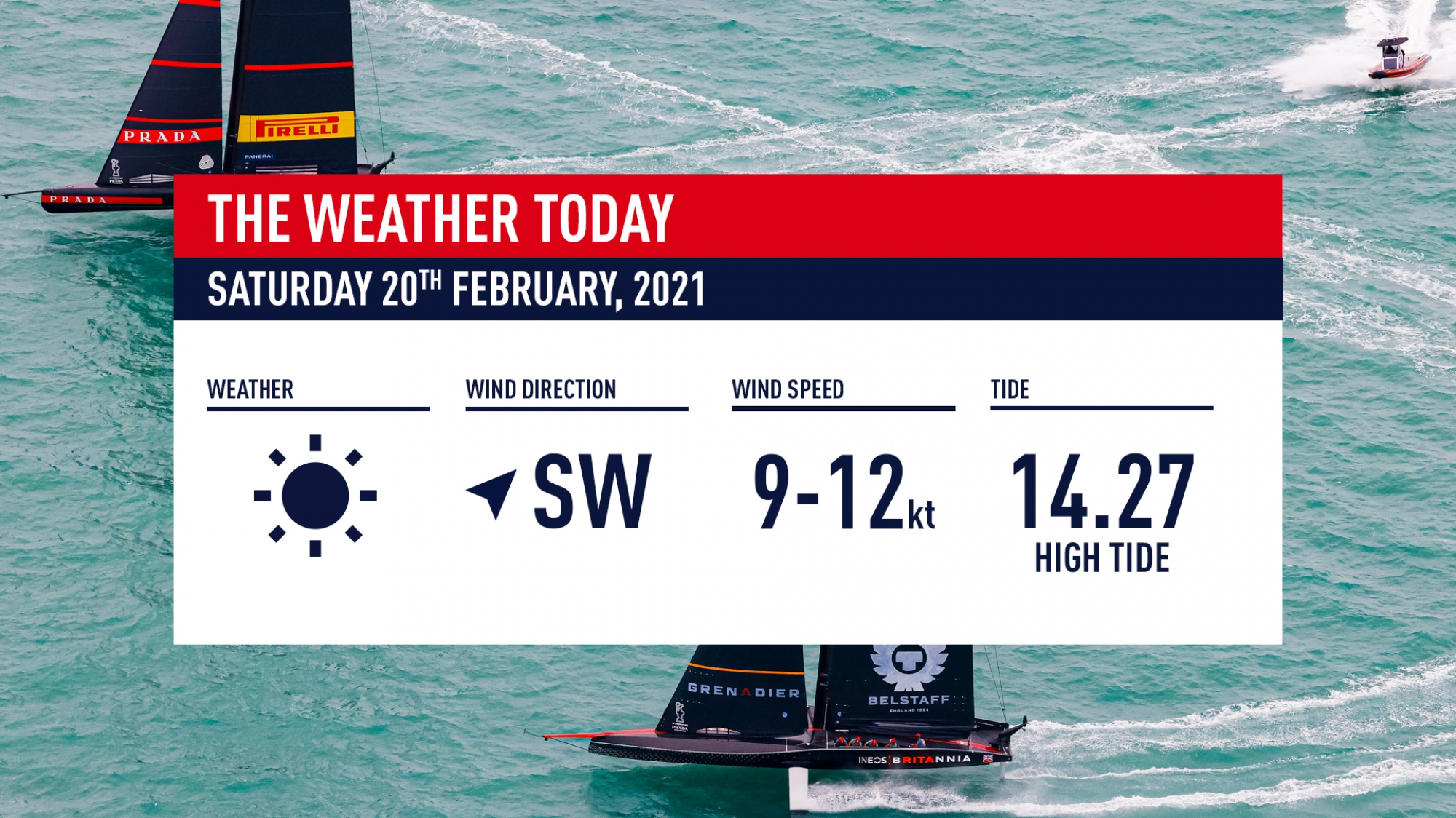 With so much riding on this weekend it is not surprising that all eyes have been on the weather forecast. Luna Rossa Prada Pirelli need just three more wins to take the PRADA Cup.

If they continue their winning streak and deliver two victories today, their path to the America’s Cup Match itself could be secured as early as tomorrow if they were to win the first of two scheduled races.

All of which puts huge pressure on both teams, but in particular INEOS TEAM UK who are still trying to get a score on the board.
They know that time is running out fast. They also know the risks of making radical last minute changes in an attempt to play catch up and will be focussing on taking each race as it comes. If they can secure two wins today, their chances of taking racing into next week when the breeze is due to be stronger may increase their chances of a comeback.

But, while longer term strategies will have been planned, neither team will be looking any further ahead than today for the time being. Figuring out how to succeed over the next few hours will be taking all of their attention and naturally the weather will play a big part.
The problem is that no matter how closely either team has followed the developing forecasts, the chances are that they will be none the wiser this morning. Today’s weather is complex where even the highest resolution models disagree.

At the scheduled first start one shows a South Westerly sea breeze of around 9-12knots developing over Course Area E where racing will take place.

It’s a complicated picture, driven by the development of a high pressure system that has built over New Zealand this week.

A few weeks ago Luna Rossa’s Max Sirena said in jest that he didn’t look at weather forecasts any more as they change every three hours. Today is a good example as to why he wasn’t being as flippant as we might have thought and why keeping eyes out of the boat and reading the conditions will be crucial.

The Italians’ reputation for being slippery in the light airs puts them in a good position, but in the past they haven’t always had the British team’s advantage in situations like this of having a dedicated tactician.

But it’s not just the teams that will be under pressure to read the conditions and make the right calls. Regatta Director Iain Murray and his team will have their work cut out to set courses across a wide range of possible wind directions.
It might be a light weather day, but it will be full-on for the teams and the race management as the race for the PRADA Cup heats up.

Watch it live on NBCsports at 7pm tonight PST.  If you don’t have NBCsports in the USA you can watch it on the Virtual Eye