Would you know what to do if the rudder failed as you approached a lee shore? James Stevens answers your questions of seamanship

Rudder failure on a lee shore. What do I do?

He and six crew are sailing back to the Solent from the West Country.

The wind is southwesterly Force 5 and Plane Sailing has made fast progress under spinnaker.

Roger reckons the sea will be quite confused at the Needles so he has opted to enter the Solent via the North Channel.

This involves sailing on a beam reach for a short while so Roger has dropped the spinnaker and hoisted the number 2 genoa. 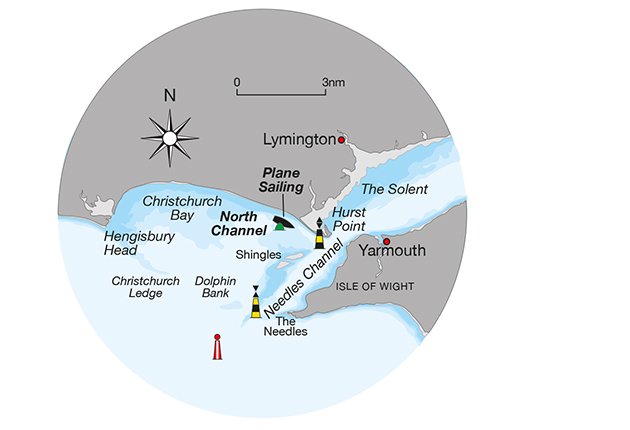 Although the sea state is calmer in the North Channel it puts the yacht only a cable or two from a lee shore, so it is not a place to experience gear failure.

The crew have raced and cruised together regularly and Roger is a Yachtmaster Instructor with many years’ experience, and a dinghy instructor before that.

Plane Sailing is wheel steered but the linkage to the rudder has felt loose on the trip so Roger is relieved to be nearly home where he can check the system.

As they turn onto a starboard tack beam reach in the North Channel, Roger is steering and to his horror the wheel spins loosely – the linkage has parted.

He thinks he knows the problem, which would take a couple of minutes to repair.

There is an emergency tiller somewhere in the depths of the cockpit locker under a dinghy, fenders, deck brushes, warps and oars.

The emergency tiller would be ideal now but it is going to take a minute or two to attach it to the rudder stock.

In the meantime the lee shore looms. There isn’t even time to fix up a jury rudder.

There is one option out of this which is to steer with the sails.

When the sails are set normally on a beam reach there will be some weather helm which will cause the yacht to come up into the wind. 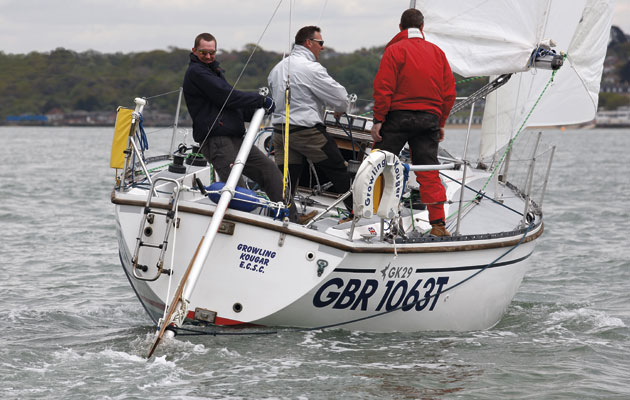 How would you get back to safety if your rudder was carried away? Chris Beeson tests three jury steering techniques… 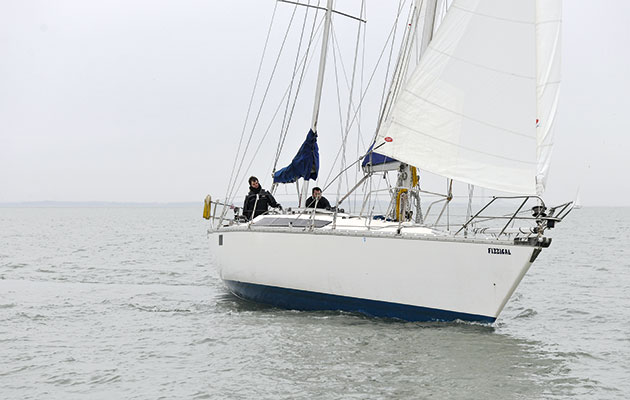 You’re at the helm when you suffer steering failure. Will you ricochet around the ocean or simply come to a… 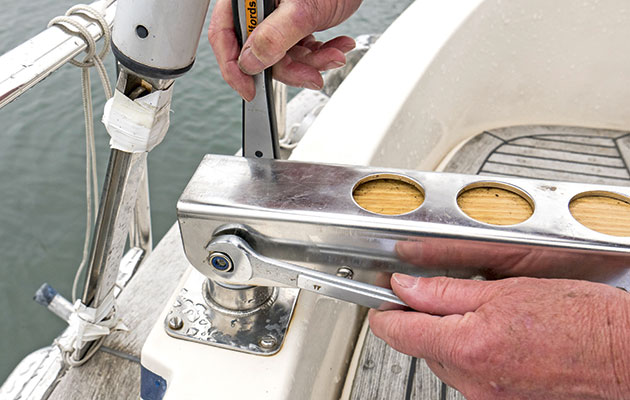 James Stevens explains which skills are best to perfect while you have plenty of time to do so. This week,… 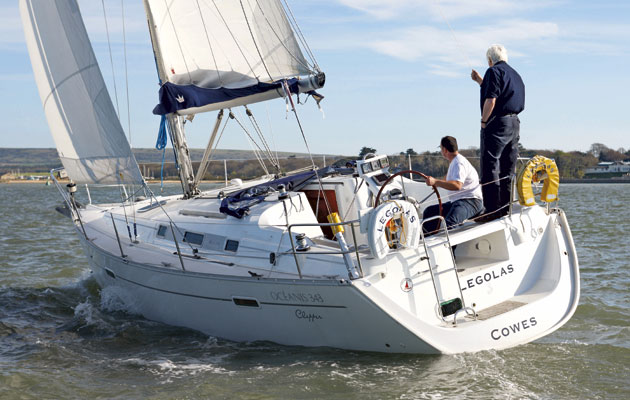 The global standard of sailing qualifications is achievable for any experienced, competent skipper. Tom Cunliffe explains how to pass your…

If the main is eased until the luff flaps a little and the headsail is kept sheeted in, it is possible to steer more or less in a straight line.

With a bit of coordination and with a heel to leeward, it is possible to tack by sheeting the main in and backing the jib at the moment the bow passes through the wind.

As a dinghy instructor, Roger will know this and can hopefully keep out of danger until the emergency tiller is attached or the linkage fixed.

Having the anchor ready would be handy, but if lowered he would need to be absolutely sure it would hold on a lee shore.

There are other ways of steering a yacht with rudder failure using poles, washboards and buckets, which are fine when you have time to spare.

In this case, I think it is essential for the skipper to stay on deck and watch the progress of the yacht and to delegate going below to investigate the problem.

The post Rudder failure on a lee shore. What do I do? appeared first on Yachting Monthly.