Professional sailors and everyday cruisers alike can suffer from seasickness. How do you you plan for it and how to you minimise the effect when at sea? Rachael Sprot tell us her secrets.

On one of my earliest trips as a professional sailor a wise old skipper gave me some seasickness advice at watch change. “Watch the green ones, they’ll rush for the leeward rail and if they aren’t clipped on there’s a strong chance they’ll go over,” he said. “And what’s more, they won’t care if they do.”

I gulped and looked at my crew. Their faces resembled a Farrow and Ball paint chart: lichen green, skimmed milk white and ash grey. We were en route to Cherbourg from the Solent. By the time we got to the shipping lanes I only had one crew member left on the deck of the 80ft maxi, the rest were in their bunks.

Inglorious and debilitating as it is, the green monster of seasickness strikes indiscriminately. 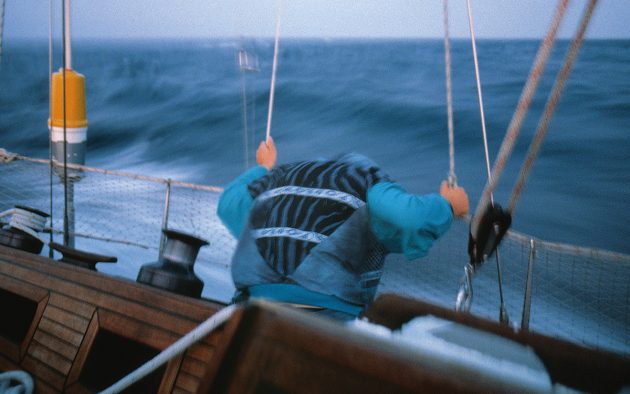 Ensure seasick crew on deck are clipped on

I know several experienced skippers who resign themselves to a diet of bread and water for the first 48 hours of every offshore passage, while some complete novices who’ve joined our expeditions got off scot-free.

Even round the world sailors like Chris Nicholson and Tracy Edwards are sufferers, whilst Admiral Lord Nelson himself admitted that: “I am ill every time it blows hard and nothing but my enthusiastic love for the profession keeps me one hour at sea.”

The reality is that we all have a wave with our name on it, so we’d better have a decent plan for when the time comes.

Why do people suffer seasickness?

Seasickness is caused by the confusion between different parts of your balance mechanism.

Your inner ear is a network of fluid-filled channels sensitive to gravity and motion, called the vestibular system. Normally the information sent from here to the brain corresponds with the signals coming from the other senses such as vision. 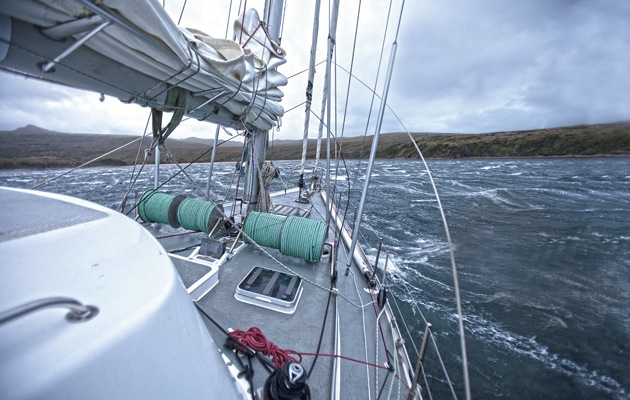 Skip Novak explains his philosophy on anchoring, based on having to hold fast in some very extreme high latitudes conditions

Rogue waves have long divided sailors and scientists. Some question their existence, other schools of thought suggest that ‘freak’ waves…

On a boat, things stop adding up: according to our eyes, we’re stationary relative to our immediate surroundings, yet the vestibular system is registering constant motion. The result is that our bodies release a deluge of stress hormones resulting in symptoms such as nausea, headaches, dizziness. It’s well known that being on deck with a view of the horizon will often alleviate these. 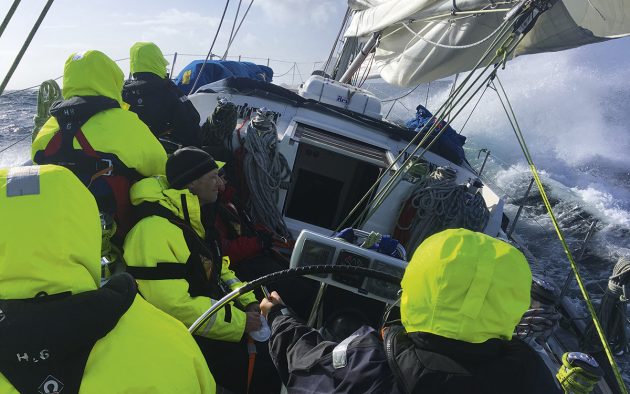 Avoiding heavy weather is the single biggest thing you can do to prevent seasickness. Photo: Rachael Sprot/Rubicon 3

One neat but unproven theory is that the mixed messages from your body convince the brain that it’s been poisoned. Many toxins affect balance so a logical evolutionary response is to throw up when this system is under attack.

There are many different types of seasickness tablet on the market, all working in slightly different ways.

You may need to try a couple of products before finding one that works well for you. The two most commonly available are cinnarizine (Stugeron) and hyoscine (Kwells). If you can’t take or get on with either then speak to your doctor about the alternatives. In any case, do read the user guidance carefully and, if in doubt, seek medical advice:

With the brand name Stugeron, this is an antihistamine that works on the connection between the vestibular system and other senses involved in balance. Like the antihistamines you take for hayfever it can cause mild drowsiness but, in our experience, it is well-tolerated by most people and available over the counter.

Available as tablets (Kwells) and patches (Scopoderm) this works on the part of your brain that controls vomiting. It seems to be slightly quicker acting than cinnarizine making it a better choice if you’re caught out. 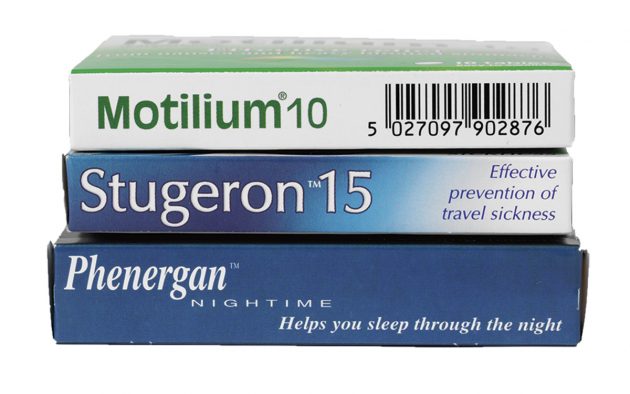 Many people swear by the patches, which last for three days and won’t be affected by vomiting. One of heir common side affects is a dry mouth but it is a good reminder to stay hydrated. Like cinnarizine, they are also available over the counter.

Another antihistamine, promethazine is sold as a treatment for motion sickness under the brand name Avomine.

It’s one of the constituents of Night Nurse, so no prizes for guessing that it’ll probably make you drowsy. For this reason people rarely take it for long, but it does seem to be highly effective if you can put up with the drowsiness. One or two doses in the first 24 hours usually do the trick. It’s only sold with a pharmacist’s approval, so you’ll need to fill out a questionnaire to buy it.

Another prescription-only drug, the antiemetic, prochlorperazine is often used to treat nausea from migraines and vertigo.

Brand names include Stemetil and Buccastem. It’s not commonly used for seasickness as drowsiness is one of its main side-effects, but as it’s absorbed through the gums it can be a good option for those who can’t keep any other medication down. It’s worth asking your pharmacist for a packet to have on standby if you know you suffer badly.

How and when to take medicine

How you take your medication is just as important as what you take. As with most things on boats, prevention is better than cure.

With any seasickness medicines the key is to take them sooner rather than later. In some circumstances taking a tablet the night before departure can help by giving your body time to adjust – check the instructions first. Don’t be tempted to mix-and-match medicines without your doctor’s approval. 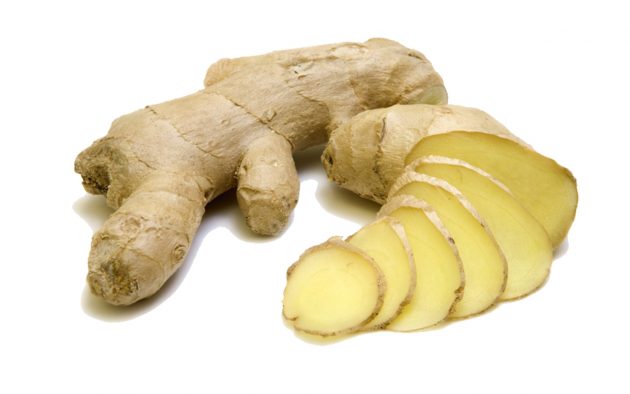 Preventing and managing seasickness is about looking after your body. Try to keep normal routines: eat, drink and go to the loo as you would do at home, put an extra layer on when you need to and get your head down for a rest when you can.

Anxiety, fatigue, and being cold or hungry all quicken the onset of seasickness. If you feel seasickness coming on, take preventative action early: don’t martyr yourself in the galley.

Ginger has long been recognised for its stomach-settling properties and there are now scientific studies to back this up. Carry a packet of fiery crystallised ginger or make a fresh root ginger tea for maximum effect.

There’s less consensus on the effectiveness of acupressure points for motion sickness. The P6 point in the wrists can be activated by wearing special bracelets which may ease mild symptoms. I’m sceptical about their ability to keep the pressure on the correct point during a long sea voyage but it certainly won’t do you any harm.

The biggest risk from seasickness is dehydration. I always carry a tube of sports rehydration tablets and encourage anyone who has thrown up to take one. They dissolve in 500ml of water and aid a swift recovery.

If a member of crew has been vomiting for over 24 hours you should monitor their fluid input and output closely. Make sure they keep drinking, even if it comes back up again shortly afterwards.

Sealable sick-bags are a true source of comfort to a casualty confined to their bunk. 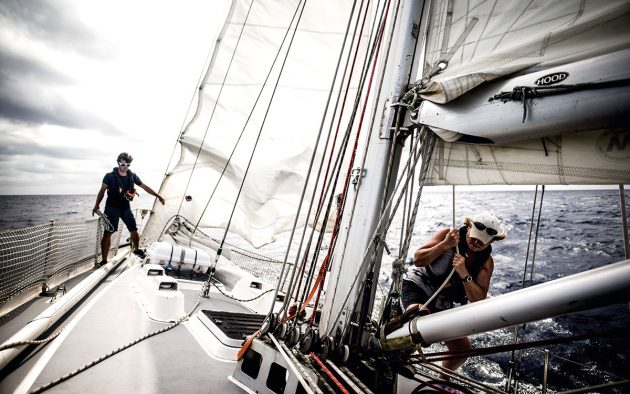 Make sail changes early and be kind to the crew and boat. Photo: Rachael Sprot/Rubicon 3

You may need to decide whether a crew needs some help managing their condition. Reassuring them it will pass and making sure they’ve topped up on tablets is a good first step. Small things can help, like making them a hot drink, or encouraging them to take the helm. I’m no fan of pressurising people to tough it out, though. If someone is starting to lose the battle, sending them to lie down is often the best option.

The single biggest thing you can do as skipper to prevent crew being seasick is avoid rough weather. Next is to give people an opportunity to get their sea legs on short training voyages before heading offshore. Put a reef in, crack off and be kind to your boat and crew. Just because you can beat to windward in 25 knots it doesn’t mean you should.

The lesson from my Cherbourg trip was that we should have thought twice about going in the first place.

The post Seasickness: How to prevent it and how to cope with it appeared first on Yachting World.