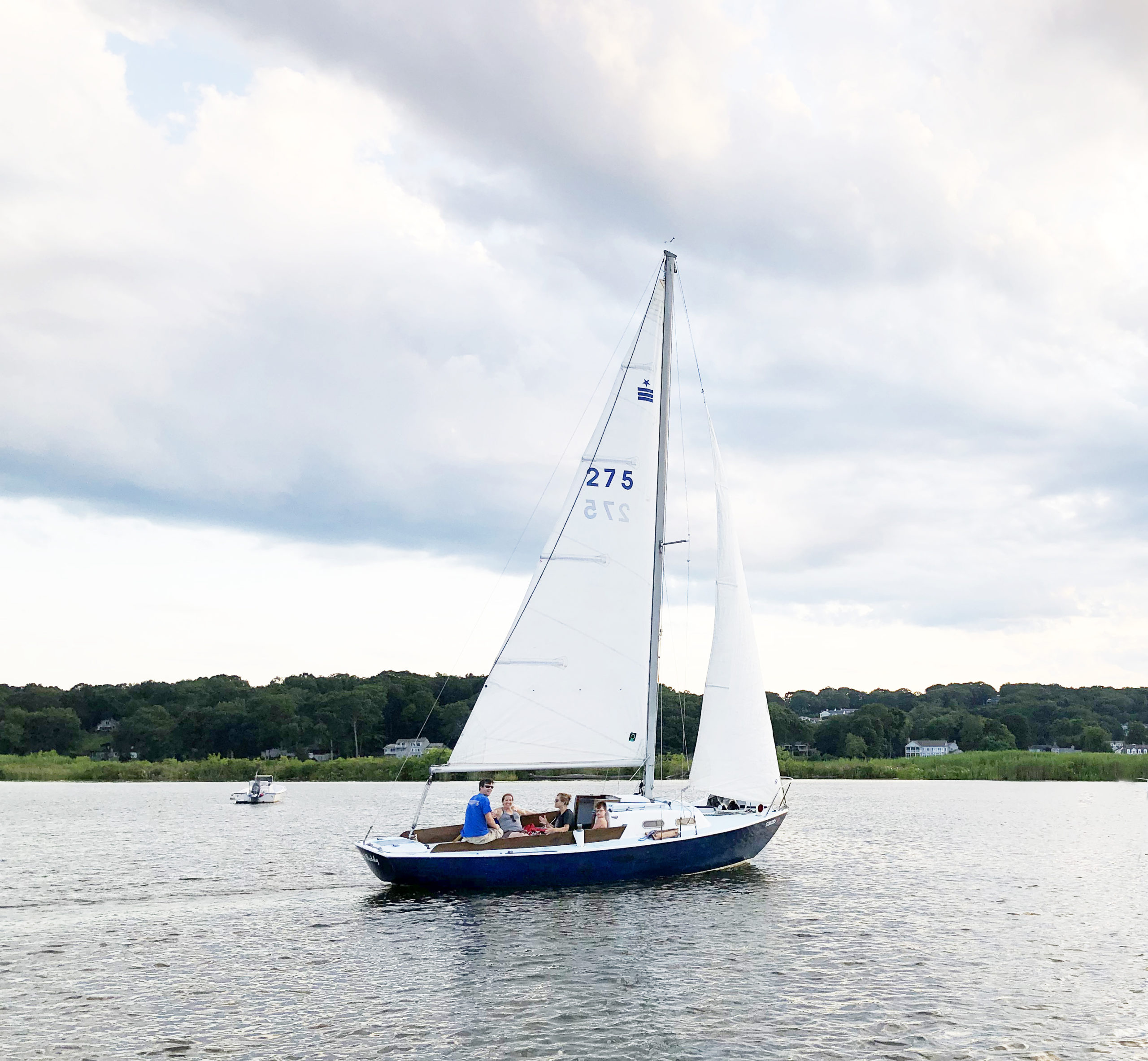 Taste is as fickle as doldrum winds, and taste in sailboats are no exception. Ten years ago we explored the world of luxury daysailors, which were (and still are) cropping up everywhere. These were beautiful day-boats, mostly gold-platers with prices beyond the reach of ordinary sailors. As such, the report was more on of an exorcism, a final attempt to shed that fantasy: “If I won the lottery . . .”

Of course it was to no avail. As satisfied as we are with our present fleet, we can’t help but dream about other boats. And these days—whether due to frugality or good sense—our tastes have turned back to the hulls of earlier times, the boats Carl Alberg, especially.

Fans of “classic plastics” wouldn’t be wrong to suggest that many of the current crop of high-end daysailers bear an uncanny resemblance to Carl Alberg’s designs of the 1960s and ’70s. These, in turn can be traced back to even earlier hull forms.

Born in Sweden in 1900, Alberg emigrated to the US in 1925 after studying naval architecture at the Chalmers Institute of Technology. Probably best known for his work for Pearson and Cape Dory, he had an eye for seakindly hull forms and the aesthetically pleasing line. It is no surprise that Alberg’s design philosophy would serve to guide, or at least partly inspire the current daysailer quest.

The used boat market is flooded with good used daysailers under the $5,000 mark, and Alberg’s designs, in part because of their loyal following, generally make for good buys. Among the most affordable daysailers in the Alberg stable is the 19-foot Typhoon, one of 10 boats he designed for Cape Dory. Another Cape Dory design, the 22-foot Ensign, of which approximately 1,600 hulls were built, closely rivals the Typhoon in popularity.

Moving up, there’s the salty-looking 23-foot Seasprite from builder Clarke E. Ryder. From Pearson, there’s the 26-foot Commander (pictured above), at least one of which—Zoltan Gyurko’s The Way— has ventured across the Pacific and Indian Oceans.

Alberg’s boats are no slouches, but with their full keels and attached rudders, they are a far cry from today’s daysailers in terms of performance. Reflecting Swedish Folkboat-like
proportions, they are sensible boats that can stand up to a breeze. They may be boats of a bygone era, but in our view, they are still worth every penny.

Do you have a favorite classic daysailer, or small-boat designer? Let us know in the comments or email practicalsailor@belvoir.com with your favorites, so we can include them in our next broad report on this category of beloved small boats.