Most of us navigate using MFDs, phones and tablets, or even drones. But can electronic backups be a substitute for paper navigation? Ali Wood investigates

Marine electronics have advanced rapidly in the past decade. Chart tables have shrunk or disappeared entirely, and gone are the various bits of kit showing GPS, radar and AIS on separate screens.

Most cruising sailors these days will have a marine electronic station with one central multi-function display (MFD) repeated around the boat.

And if the battery fails, there are always phones and tablets for backup – at least for as long as you can keep them charged.

So does this mean paper charts are redundant?

‘It’s an interesting topic,’ says Lucy Wilson of nautical publisher Imray. ‘Our paper charts certainly aren’t in decline, but the kind of products people want are changing. Large sheet sales are steady but we’re increasing the range of small format charts and packs.’ 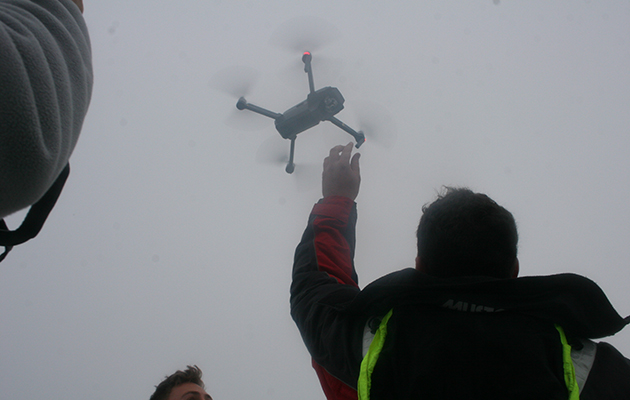 Imray is also getting more demand for Print on Demand (POD) charts, suggesting that people want up-to-date charts without having to hand-correct them.

Clearly, skippers still want charts for passage planning – even the most sophisticated chartplotter is limited by the size of its screen – but at sea, electronic charts are king.

Imray, a chart publisher since 1904, was also an early adopter of navigation apps.

It produced its first digital charting app for phones and tablets in 2009 (now consolidated into one, Imray Navigator) and in peak season sells as many as 14,000 chart packs.

The publisher also produces charts for third parties such as Raymarine, Humminbird and Navionics, though notably these are still in raster format.

‘Unlike vector-based charts, these are exact copies of the paper versions, which have been through an editorial process,’ explains Lucy. 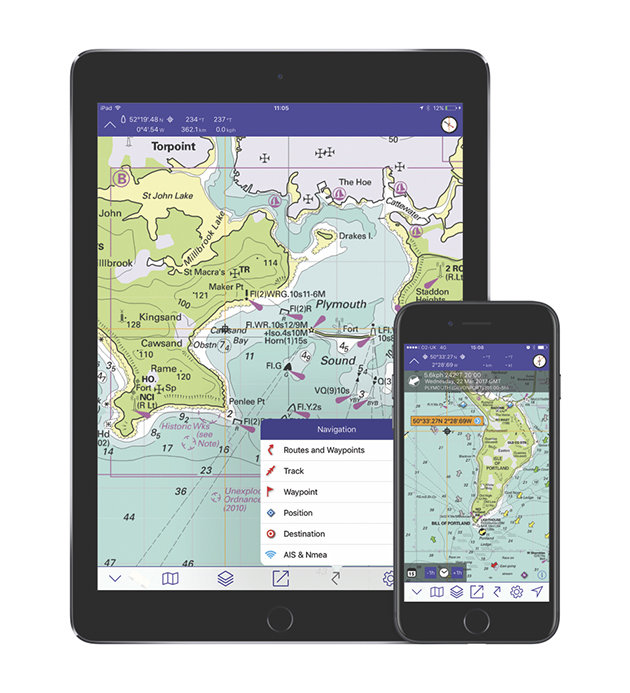 The Imray Navigator app displays raster rather than vector charts

‘There’s a level of information we’ve stripped out from the Hydrographic Office charts to make it more friendly for the yachtsman. For example, we don’t show wrecks over 30m deep as they’re not relevant. However, light characteristics are always shown, regardless of the level of zoom, and there’s no way a sandbank will suddenly disappear.’

Vector charts, on the other hand, are digitally stitched together and presented in layers.

As you zoom in the information changes, allowing the possibility of zooming to a level that loses important detail.

Tom Cunliffe points out these things are more common than we might realise.

He recounts the case of a leisure boat sailor who grounded on a reef in the Coral Sea, which he maintained was unchartered.

Tom consulted the ARCS version of the Pacific Ocean chart and the reef was there for all to see.

The skipper had planned his passage on a leisure vector chart and had not zoomed in sufficiently tightly. 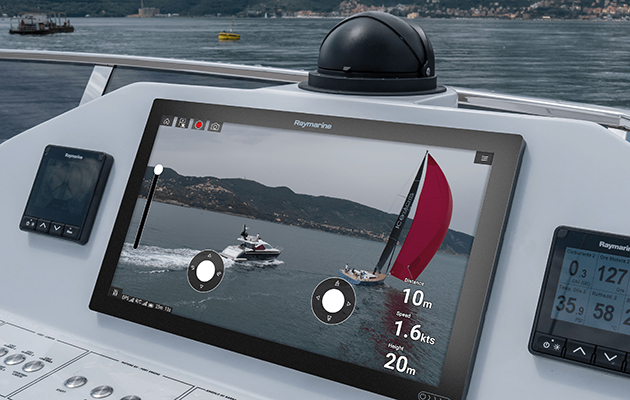 ‘A dozen or so yachts are reportedly wrecked every year on reefs in the Fiji group,’ says Tom. ‘It seems reasonable to assume that at least some of these have fallen into the same pit of error.’

Gone are the days when you simply had a chartplotter to show your position on an electronic chart.

MFDs today allow you to display everything from radar and AIS overlay to thermal imaging and live video footage from drones and camera.

Electronic charts, such as Navionics and C-Map, offer automatic route planning using some of the parameters of your vessel and will flag height or width restrictions.

You can also set the tides to springs or neaps to increase accuracy.

However, as YM’s Duncan Kent found out when he put chartplotters to the test, the routes avoided dangerous shallows but ignored tides, winds, overfalls, gunnery ranges and a plethora of essential local knowledge.

‘There’s no way I would have let it take control of the autopilot,’ he concluded. ‘Bang through the middle of Portland Bill overfalls without knowledge of tide or wind? No thanks!’

The rest used electronic charts as their primary source of navigation.

Mobile devices are taking over more functions that were once the exclusive domain of MFDs.

With the right app and wireless capability you can control complex systems such as chartplotters, fish finders, radar, autopilots, thermal imaging and even marine motors.

But could you get by only with a mobile device?

A walk around the Raymarine test centre suggests not – it’s here you realise what products are put through to achieve marinisation (and why they cost so much more).

In a facility straight out of a James Bond set, the vast complex of rooms tests and ages products with a thrilling array of giant hoses, water and salt-mist chambers. 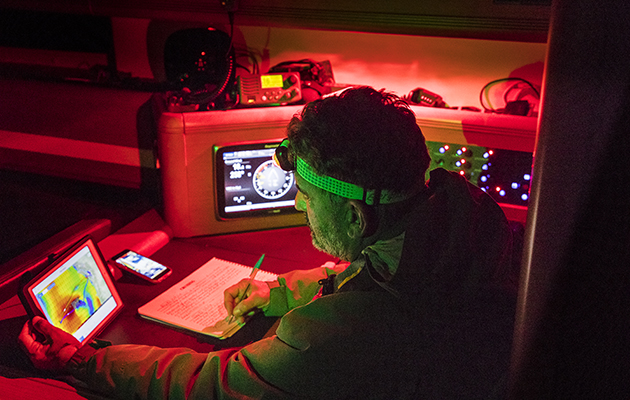 There are light rooms, dark rooms, static rooms, and even oversized ovens cooking all manner of gadgets.

If you’ve ever dropped a phone in water, or held it in hot sunshine, you’ll see how quickly it malfunctions.

An MFD on the other hand really shouldn’t and there are filing cabinets full of EU safety directives to ensure they don’t.

Power supplies, however, do fail, as Paralympian skipper Hannah Strodel encountered this year in the Round Britain and Ireland race.

‘All our electrics failed gradually as we made our way around the country,’ she said. ‘By the east coast, we had nothing left except a VHF position, emergency navigation lights and torches, so having the ability to navigate the good old fashioned way [with Imray charts] was an absolute saviour!’

Beside the need for constant charging, the other limitation to mobile devices is the GPS.

It’s not possible to tell from a product spec whether a smartphone or tablet GPS will work offline, and if it does, whether it’s any good.

This is because the location system in smartphones combines GPS with triangulation from cellphone towers, Wi-Fi, and tracking from your last known position.

Whilst there are plenty of places you can sail within mobile phone range, once you’re outside of these, with no assisted GPS system, you could find it takes from 15 minutes to forever to get that first fix.

The RYA advises students not to rely on any one method of fixing, and to constantly cross-check your position by another technique.

James Stevens, former RYA Chief Examiner, admits that the universal use of electronic navigation means that many skippers are ‘decidedly creaky’ when it comes to traditional chartwork.

‘Examiners are unimpressed by candidates who can only navigate on a screen and who are unable to update their course and strategy as conditions change,’ he warns.

‘Even on a yacht with all the electronic kit it’s still important to understand the principles of navigation, not least because it allows you to check that the apparently accurate display is actually telling you the truth.’

The big debate do you need a a paper backup? 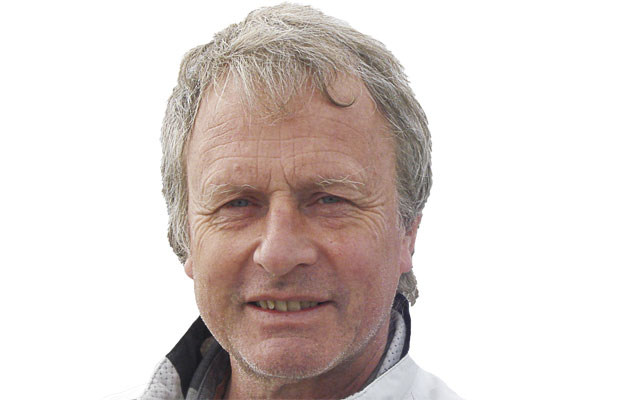 ‘Yachtsmen don’t want to spend weeks in a classroom’

The RYA introduced electronic navigation into its syllabi over 20 years ago.

Students on RYA shore-based courses are provided with specially commissioned paper and electronic charts with a simulated chartplotter which can be downloaded onto a home computer.

The RYA has always maintained that navigators should record their electronic position and verify it by another means.

This check could be visual, depth, radar or at least a rough EP on a paper chart to check the electronic position is in the right direction and correct number of miles on from the previous one.

The RYA, realising yachtmen don’t want to spend weeks in the classroom, has introduced a short shore-based course which can be taken online giving just enough information on basic chartwork to make short passages using GPS.

At a higher level, Yachtmasters are examined on their ability to use both paper and electronic charts.

They should be able to understand the functions of the plotter and, for example, enter waypoints as well as undertake traditional chartwork.

A yachtmaster ocean is expected to navigate by GPS but can also obtain position fixes by sextant.

James Stevens is a former RYA Instructor and Chief Examiner 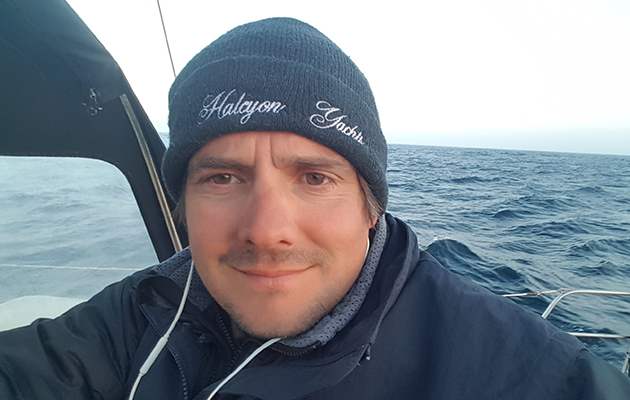 ‘It is increasingly easy to bypass paper charts’

In the world of yacht delivery, we deal with a wide range of vessels, some better equipped than others.

Our delivery skippers are used to carrying basic tools, nav equipment and sometimes even pots and pans.

With the significant leaps in technology we’ve seen in the past decade, it is increasingly easy to bypass paper charts altogether.

Most yachts have integrated chartplotters but we also use a back-up tablet running Navionics, not to mention the smartphone every crew inevitably carries with sailing software.

I do still carry paper charts but actually I can’t remember the last time I had to use them.

The aviation industry has been relying solely on electronic cockpits for over 10 years now and I think the sailing community can easily follow suit. 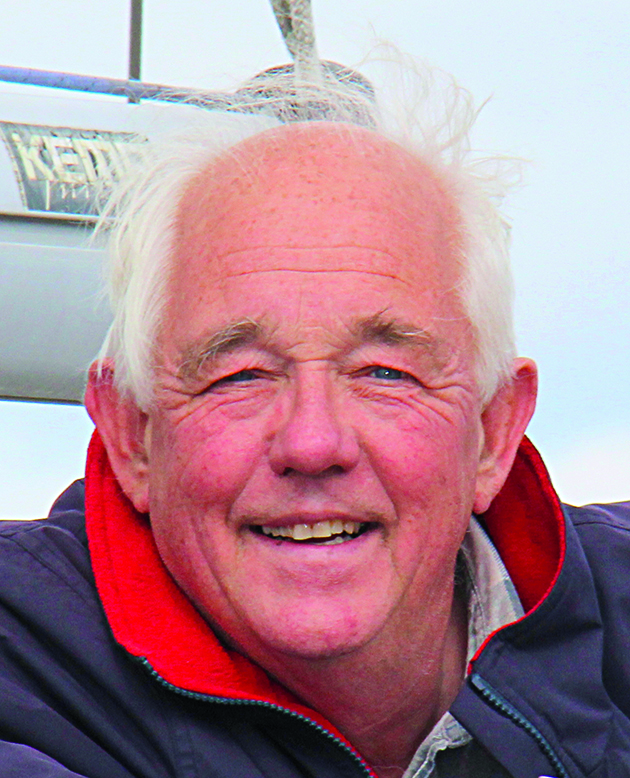 ‘The concept of ‘a chart’ will become obsolete’

I use e-charts all the time, but when I want to see the big picture, I reach for the paper.

It’s literally a work of art. Every name, sounding and symbol on it has been chosen for inclusion by a human expert, with clarity as a high priority.

Maybe we’ll end up using raster charts. But screen size will still be an issue.

Meanwhile, vector charts use ‘late rendering’ – your plotter doesn’t have charts in it, just data, and it draws the chart it thinks you want, on demand.

That’s a pretty amazing feat of IT wizardry, but it ends up with bizarrely selected place names often in the wrong place, shallow spots with no actual sounding on them, islands and rocks that vanish when you zoom out and detail that gives a false impression of precision when you zoom in too much. Again, I reach for the paper.

The decline of paper will eventually make the concept of ‘a chart’ obsolete, and the world will be just one continuous data field.

What an opportunity for a new generation of products that are fully fit to replace paper. But right now, leisure-market e-charts are just plain ugly. 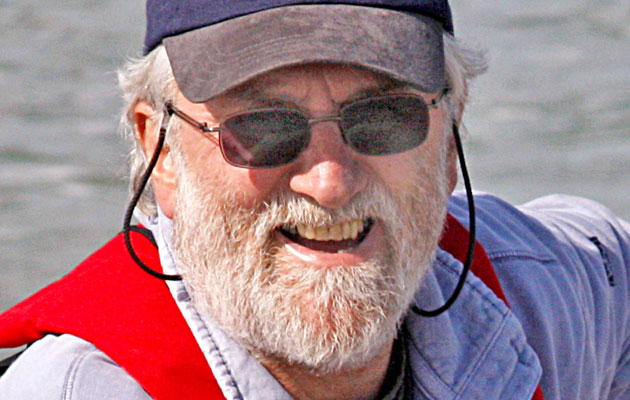 ‘I wouldn’t choose to sail without basic electronics’

No matter how clever modern electronic navigation kit gets I still don’t rely on it entirely and certainly wouldn’t let it autonomously take control.

I’ve been testing and using navigation instruments for nearly 30 years, so I know their capabilities and limitations.

These days I wouldn’t choose to go sailing without at least some basic electronics, as it just makes life a lot easier, and in many respects safer.

But I would never advocate anyone goes to sea entirely reliant on fragile electronics.

Digital cartography has improved considerably over the past few decades, as has the processing ability of multifunction displays (MFDs).

Now it’s common to have tidal height and stream data loaded into the database and even an auto-routing function that can suggest a route from A to B for you, which can be helpful as a starting point for a passage plan.

I often use this when planning, just to see how its recommended route differs from my own, manually deduced version.

In many cases we agree, but when a tricky coastal sail is planned, I often find bits I’m not happy with.

To be fair, there’s a lot the MFD doesn’t know and therefore can’t compute, such as how my boat handles in certain seas, local knowledge about tidal rips, overfalls et al, and whether I have three experienced sailors on board or a few non-sailing friends.

Duncan Kent is an experienced sailor and technical feature writer and editor for numerous nautical magazines and digital publications worldwide.