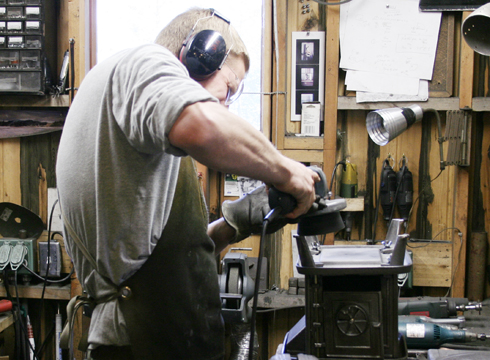 About this time of year, sailors in the temperate zones are looking for inexpensive ways to warm the cabin. We’ve done several reports on LPG systems like the Dickison heater, but you don’t have to install an expensive built-in heating system just to get you south of the Mason-Dixon line, but when opting for one of the less-expensive options, you do have to use commonsense.

Inverting a clay-pot over an oven burner will serve as a good source of radiant heat in a pinch. But bringing BTUs to the sleeping cabin often sends sailors looking for more portable solutions. Keep in mind that the portable cabin heaters-whether they are electric or fuel-burning-can be dangerous.

Many readers have shared their cabin-heaters close-call stories with us. Fuel-burning heaters require oxygen, so going to sleep in a closed cabin with an ignited fuel-burning heater (or stove) invites asphyxiation. Other stories have to do with articles of clothing, like a parka, or a sleeping bag falling off a bunk onto the top of a heater and catching fire.

If you purchase a heater with an automatic overheat shutoff, test it out to make absolutely certain that it works. Drop a big, old towel on it and see if it shuts down without catching fire, making smoke or acrid fumes. Do this outside, in case it doesnt work. Keep the receipt.

One PS reader told us he had trouble with a portable heater from West Marine because heat apparently distorted the fan blades, which contacted the cover, stalled the motor, and tripped the heat overload shutoff.

Our most recent experience with a portable heater was the alcohol-powered HeatMate, which is still working fine aboard contributor Frank Laniers Union 36. The HeatMate has an advertised output of 5,200 BTUs. The thermostat is a horizontal damper that slides over the throat of the fuel canister, limiting the size of flame.

The HeatMate can even convert into a stove by simply removing the heater lid and flame spreader. We placed a quart of water in a standard teapot on the HeatMate, and we had water hot enough to make a cup of coffee in roughly 11 minutes, with a rolling boil achieved in just less than 17 minutes.

Back in 2005, we tested portable heaters for a report comparing a range of portable heating options. One conclusion (not surprising) was that although the 12-volt heaters like the 3000C Back Seat Heat Plus work, they quickly will run down a battery if you are not connected to shore-power. In a follow-up test we looked at the popular Mr. Buddy propane heaters, which, for safety reasons, are not recommended for boats. We also did a review of a well-made, wood-burning stove from Navigator Stoves.

If you have no plan to push quickly southward, then you will likely start thinking about insulation, as well. Weve featured some do-it-yourself insulation projects in our previous issues. Sometimes, improving insulation is as simple as installing a new liner. If you’re liner is sagging and useless, here’s a helpful step-by-step article on installing a new liner on a sailboat.

If you’re serious about beefing up insulation, according to past PS contributor and author Steve Dashew, Armaflex is a desirable material for this project. One couple recently documented their insulation project for Ocean Navigator. I also found this YouTube video of Armaflex being glued into a bare hull.

Many other sources offer what is probably the best solution for a cold cabin-follow the sun!

PS will be looking at a range of more sophisticated heating systems in the future. If you have some systems we should look at, or experiences to share, let us know in the comments fields below or by writing me at practicalsailor@belvoirpubs.com.