As Mike Sanderson points out, staysails are hardly a new idea. The old clipper ships used to use multiple staysails. However, the past five years have seen staysails become a ‘must have’ item on high-performance raceboats, not least in the Volvo Ocean Race, where footage of triple-headed VO65s blasting along became some of the defining images of the 2017-18 edition.

As sailors are increasingly looking to gain smaller and smaller advantages in competition, staysail technology is trickling its way further down the sport. Mike looks at which kind of boats are best suited to deploying staysails, and how best to use them on the racecourse.

Genoa staysails tend only to appear on the highest performance raceboats that generate significant apparent wind. So here, Mike focuses his tips on spinnaker staysails, which are more applicable to a wider range of boats.

It’s surprising how little you need to ease sheets from close-hauled to start feeling the benefit of adding a genoa staysail. Provided the wind is more than 7 knots, even just bearing away 10° or 12° from fully upwind means you can start to feel the benefits of a genoa staysail.

Spinnaker staysails tend to come into play once you’re sailing at an apparent wind angle between 38-90°. Provided your boat experiences that kind of apparent wind angle (AWA) with a spinnaker or gennaker up when VMG running, chances are that a staysail will improve your performance.

A staysail will continue to work until quite a deep angle, but not when you’re getting close to dead downwind. Once you go beyond 150° to 155° true wind angle, you’re often better off furling it away. 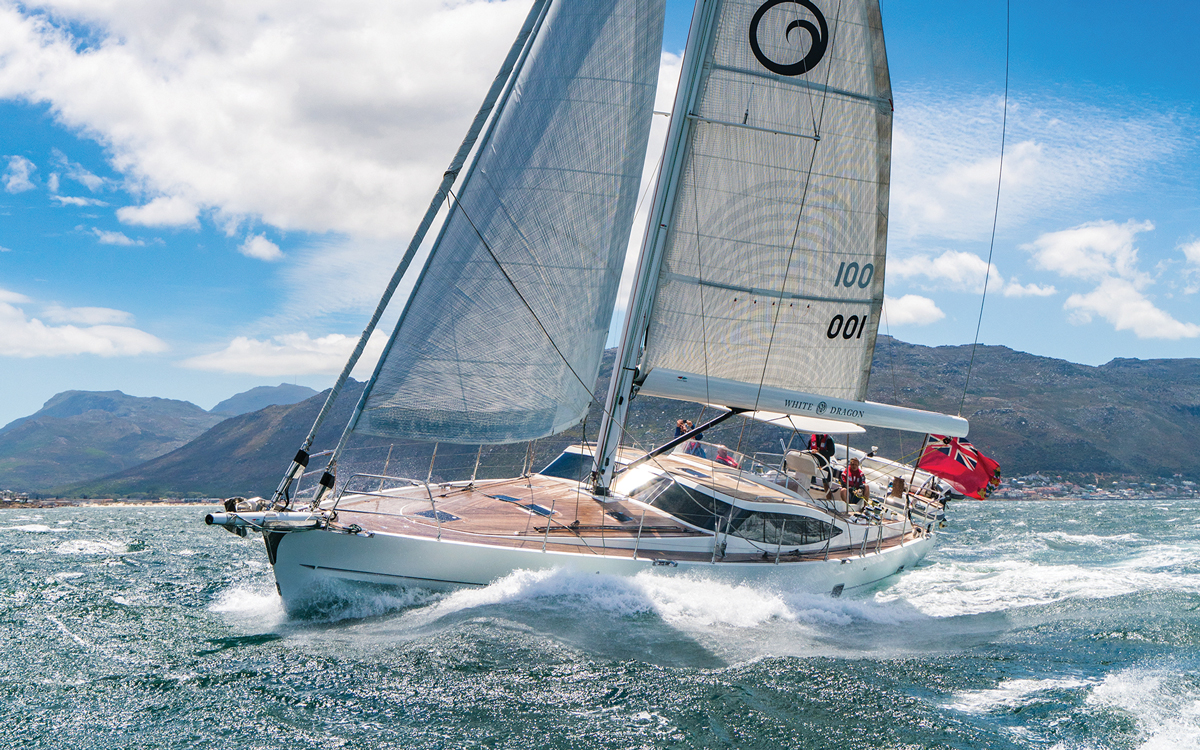 Most of us now rely on some form of routeing software when sailing offshore. These packages calculate the fastest theoretical… 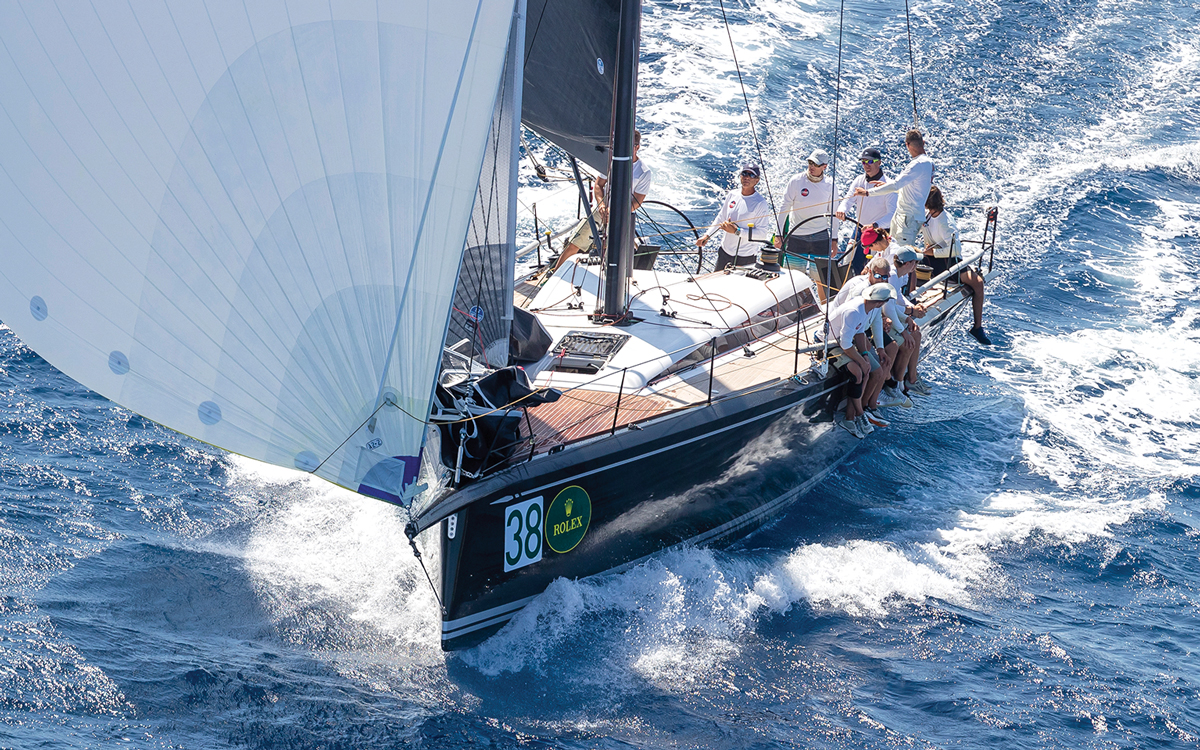 For me, helming downwind, particularly in big breeze, is one of the absolute joys in this world. It is a…

The beauty of the staysail is that rating rules like IRC and ORC don’t penalise you for using it. It’s measured as a jib, so you’re getting added power for no penalty.

On a Maxi 72, a spinnaker staysail will give another 100m2 of sail area, which powers up the boat more, bringing the apparent wind forward. It’s a very efficient way of increasing the flow across the sail plan, enabling you to sail faster and deeper downwind.

Once it gets windy on a high-performance boat, you might want to just leave the jib up and have that working as your staysail. If you’re racing on a short windward/leeward course, the risk of sending the bowman up on a white water foredeck might not be worth it.

You’ll notice that small sportsboats like J/70s and SB20s tend to keep their jibs flying downwind in most conditions, because it provides added power and improves the flow over the back of the mainsail, just like a dedicated staysail would do.

If you’ve got 100 miles of strong wind straight line sailing ahead of you in a Fastnet Race, for example, then the staysail is a no-brainer. In rough conditions, if in doubt, stick to the jib, and save yourself the potential jeopardy of stuffing up the staysail.

On slower, lower performance boats, you will want to keep the staysail flying for longer, most of the way up the wind range until you’re thinking about using the J4 jib. In many cases the staysail is an easier sail than the jib to handle through gybes as it can be furled.

That’s the case on a Maxi 72, for example, but if you’re operating with a short prod then you will need to mount the attachment further aft along the foredeck. Otherwise it will interfere with the flying of the gennaker and can also be a real hassle for the bowman to get the jib down and furl the staysail – dealing with the bulk of the jib and the risk of the furler line jamming in the jib and so on. This means you’ve got a trade-off to consider between performance versus boathandling.

Trim the staysail like you would trim the jib. If in doubt about how much to sheet on, it’s better to have the luff slightly luffing rather than oversheeting it, but really just keep focussed on the telltales, especially around the middle of the sail.

If you have a fixed, non-adjustable sheeting point then you may want to have a series of strops for the tack of the sail so you can adjust the lead position by raising or lowering the whole sail off the deck at the tack, which achieves the same effect as adjusting the lead. 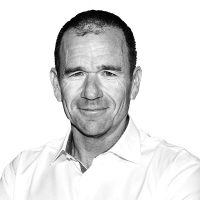 Mike Sanderson is one of the most respected professional sailors on the circuit, having skippered ABN Amro to victory in the 2005/06 Volvo Ocean Race and sailed with Oracle in the America’s Cup. These days Mike is chief executive of Doyle Sails and races on board the Maxi 72 Bellamente.

The post Staysails: 5 tips on using them to turbocharge your boat speed appeared first on Yachting World.