Stand up paddle boarding is one of the biggest growth areas in watersports. But paddle boards do not always come cheap. Here’s our pick of the best paddle board deals on the market right now.

Stand up paddle boards (SUPs) and particularly inflatable stand up paddle boards have been really growing in popularity. The sport has seen a real boom in recent years and interest has only continued to rise post-lockdown as more and more people get into the sport. There are loads of manufacturers out there with stand up paddle board deals to choose from. We’ve selected some of the best options to get you out on the water and paddling

The choice between an inflatable or solid stand up paddle board can be tricky. Although the best paddle board for top-end surfing and racing is still generally of solid construction, inflatable paddle boards are justifiably more popular for most recreational uses. A good quality inflatable (i.e. well constructed and able to pump up to sufficiently high pressure) has minimal performance disadvantages, yet will be much more resistant to damage from the inevitable knocks and scrapes.

Reflecting this, most paddle board deals targeting the beginner are for the inflatable type as they are increasingly popular with those looking to get into the sport. If you are specifically after a solid board, you can head over to our list of the best paddle boards of 2022 to see which is right for you.

Best paddle board deals of 2022

French sporting giant, Decathlon have a strong history for providing good quality sporting goods that do not break the bank. In my experience of using Decathlon products, they always produce kit that can be relied upon. Typically they aim towards the casual / novice user in a variety of their offerings and their watersports products are no different. I have always found Decathlon watersports kit to be high quality and long-lasting – if sometimes not up to quite the same specc as other, higher end kit. 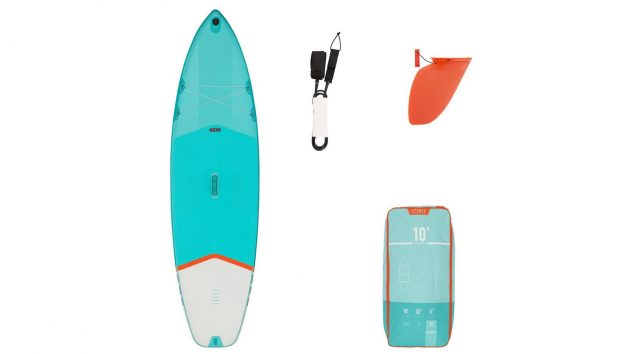 Like the 11ft version below, Decathlon officially sell this slightly smaller inflatable paddle board as a ‘touring’ board too, but denote that it is for lighter people (those between 60-80kg). Although the slight reduction in size will make it glide slightly less – and will make it slightly more manoeuvrable – there is not a great deal to choose between this and the one below, so following Decathlon’s weight suggestion is probably the best way to choose between the two.

At 10ft, this does feel slightly more towards the beginner paddle boarder end of the market than a true tourer – which are typically above 10ft in length. Both of these boards will be good for beginners being reasonably long and wide, and so very stable.

Both of these Decathlon options also come with carry bag, leash, and fin – though you will want to get an inflatable paddle board pump if you pick up either of these deals. 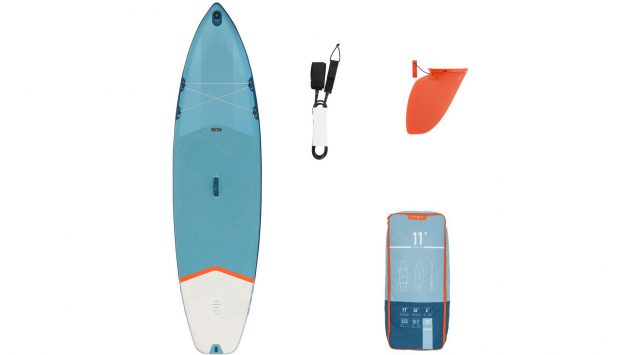 A longer (and generally bigger) paddle board also makes for a platform that can carry more weight due to the increased buoyancy inherent in a bigger platform. As such, this board is recommended for adults over 80kg and, though not officially a tandem board, would porbably take the weight of an additional small person too.

Buy it now from Decathlon UK

The company makes good quality boards, all of which are manufactured from high quality materials, which allow sufficient pressure when inflated to make for a decent, rigid platform. Isle is currently selling off their stock from last year, with some significant bargains to be had. 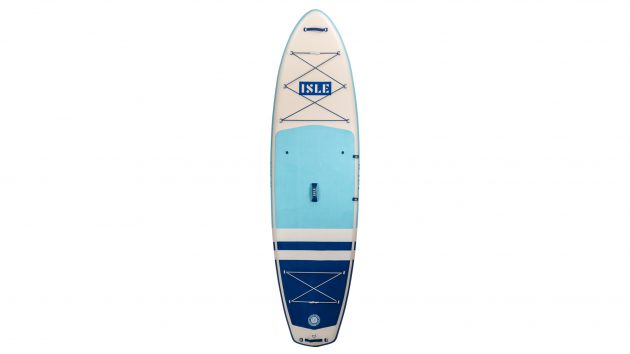 This paddle board is Isle’s best seller and is targeted specifically at the beginner market. As such it was designed with maximum stability in mind with a wider deck offering a stable platform. A relatively wide, long board such as this (it’s 10ft 6in long) will be a little harder to manoeuvre and will struggle a little more in waves than a narrower, slimer board would, but unless you are planning on going significant distances, this will be just fine for the needs of most.

Included in this paddle board deal is a leash, bag, paddle, pump, and fin, so you have everything you need to get started.

Buy it now from Isle (US) 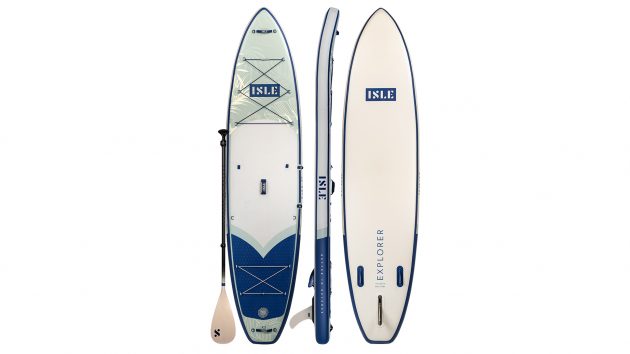 This Explorer paddle board from Isle is similar in many ways to the Pioneer, but the additional length will mean it glides better between each stroke making longer distance paddling much easier and requiring less effort.

At 30in wide, it is 2in narrower than Isle’s Pioneer, which will mean it is a less stable platform for the beginner paddler, but the upshot of this is, once again, increased glide per stroke and better performance through waves. If you are an absolute beginner, then it might take a bit of getting used to and you might want to consider a wider board. But this is not so far in the long and thin end of the spectrum as to be wholly unsuitable for someone with little paddling experience.

Included in this paddle board deal is a leash, bag, paddle, pump, and fin, so you have everything you need to get started.

Buy it now from Isle (US)

If none of these take your fancy there are plenty of other paddle board deals over at Amazon’s paddle board page.