The Olympic Sailing Regatta in Tokyo will be a high-level experiment in who has spent the past 18 months of pandemic time the most effectively.

How much will the lack of regatta time have affected the ‘pecking order’ in the 10 sailing events? Here’s our take on who we think is going to be vying for the medals in the Tokyo 2020 Olympic sailing venue, Enoshima, which could bring a huge variety of conditions, from light and shifty offshore, to huge rolling surf and big breeze. 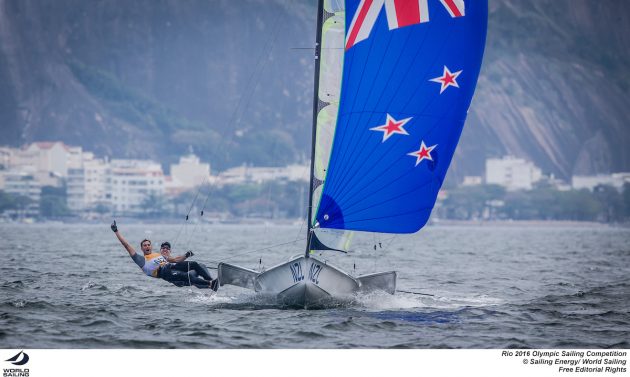 America’s Cup winners earlier this year, Pete Burling and Blair Tuke (NZL) now turn their attention back to Olympic sailing in Tokyo as they try to defending their Rio 2016 gold. The current Olympic Champions remain the favourites to win 49er skiff gold for New Zealand.

Bronze medallists from Rio 2016, Erik Heil and Tommy Ploessel (GER), always turn it on for the big occasion. 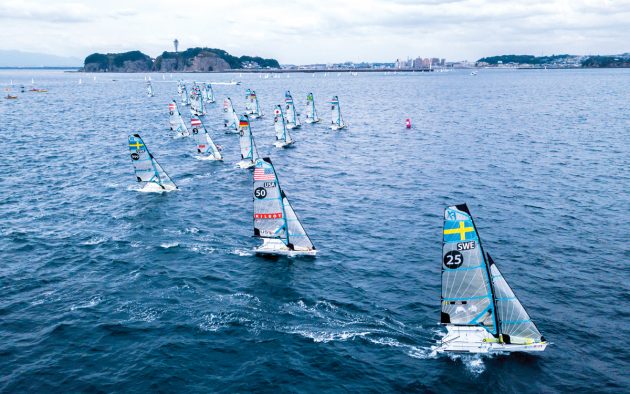 Tokyo 2020 will be the second Olympic Games for the 49erFX, the female Olympic Skiff class

The 49erFX gold and silver medallists from Rio 2016 – respectively Brazil’s Martine Grael and Kahena Kunze and New Zealand’s Alex Maloney and Molly Meech – will be in contention for the Tokyo podium.

Charlotte Dobson and Saskia Tidey (GBR) have always been strong in the breeze, and one of the USA’s few realistic medal hopes lies with Steph Roble and Maggie Shea (USA). 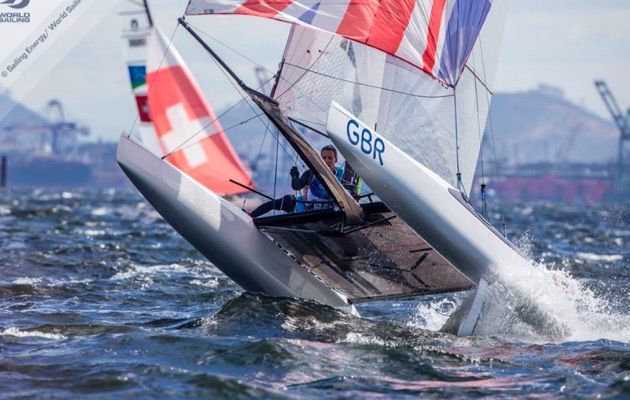 Introduced for the 2016 Olympic Games in Rio, the Nacra 17 had been adapted to be fully foiling for the 202o Tokyo Olympics

Maybe it’s no coincidence that a number of the leading medal contenders in the Nacra 17 foiling catamaran scraped through really tight national selection battles.

Ruggero Tita and Caterina Banti (ITA) have set the pace for much of the past five years since the Nacra 17 went fully-foiling, winning the World Championships in 2018.

The 2020 World Champions John Gimson and Anna Burnet (GBR) have been one of the strongest teams of the past two years. 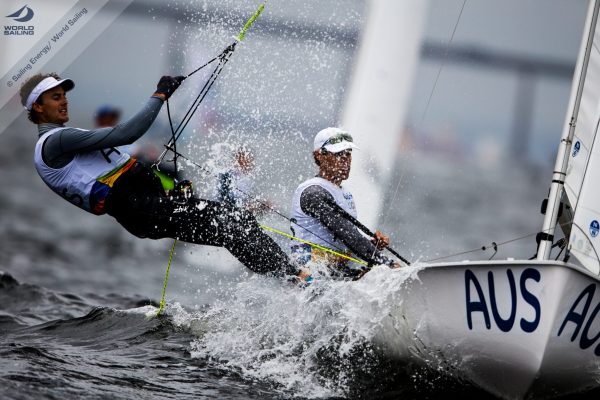 With seven world titles to his name, Mat Belcher (AUS) is the most successful 470 sailor of all time. Belcher, with crew Will Ryan, are looking to improve on the silver medal from Rio 2016 and are many people’s favourites for Tokyo gold.

Jordi Xammar and Nico Rodriguez (ESP) have set a new standard in downwind dynamic movement in the 470 fleet, with the rest of the world working hard to match their work rate and mastery of working the waves. 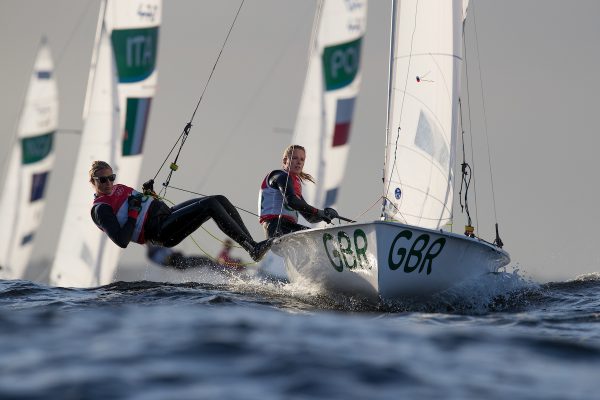 Hannah Mills secured gold alongside then crew, Saskia Clark in 2016. She will compete with new crew, Eilidh McIntyre at Tokyo 2020

The gold and bronze medal winning helms from Rio 2016 have teamed up with new crews for the Tokyo cycle, and the fight for the top of the podium in the women’s 470 looks set to be a duel between Hannah Mills and Eilidh McIntyre (GBR) and Camille Lecointre and Aloise Retornaz (FRA).

However, the Olympic Regatta is never quite so clear cut and the recently crowned World Champions, Silvia Mas and Patricia Cantero (ESP), look well placed to maintain a strong Spanish tradition in this classic doublehander.

Local fans will be all eyes on 2018 World Champions Ai Kondo and Miho Yoshioka (JPN) to win a medal on home waters. 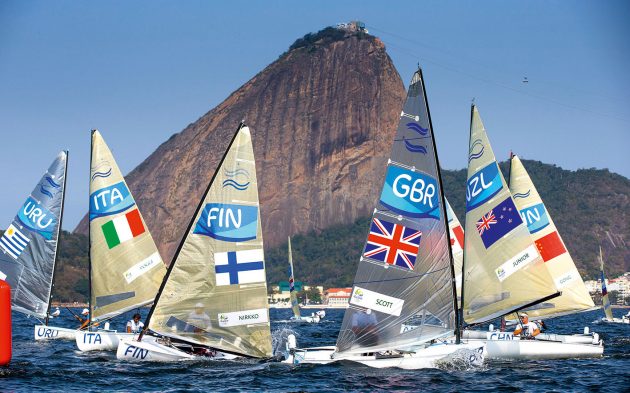 This will be the last Olympiad for the Finn dinghy, in which Britain has been dominant since 2000  Photo: Richard Langdon

This will be the first Olympic Regatta for almost 20 years when GBR will not be clear favourite to win Finn gold.

Defending Olympic Champion Giles Scott (GBR) is still very much in the frame although the distractions of the British America’s Cup campaign mean the four-time World Champion is no longer head and shoulders above the rest.

Third at the recent Worlds and 2019 World Champion Josh Junior (NZL) will be considered the marginal favourite with Hungary’s 2018 World Champion Zsombor Berecz (HUN) not far behind.

Others to watch include the consistent Nicholas Heiner (NED) and the youngest Finn competitor Joan Cardona (ESP). 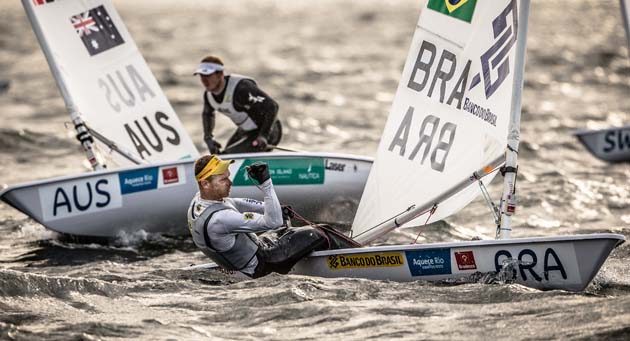 Could Brazilian, Robert Scheidt claim an unprecedented sixth Olympic medal in the Laser at Tokyo 2020?

Impossible to choose a clear favourite in the ILCA 7 singlehander, formerly known as the Laser.

London 2012 silver medallist and twice World Champion Pavlos Kontides (CYP) is out to prove that small nations like Cyprus can succeed against the athletes from bigger sailing powers like Elliot Hanson (GBR), Jean-Baptiste Bernaz (FRA) and Philipp Buhl (GER).

Five-time Olympic medallist and all-time greatest Laser sailor Robert Scheidt (BRA) might yet win a sixth medal for Brazil, even at the age of 48. 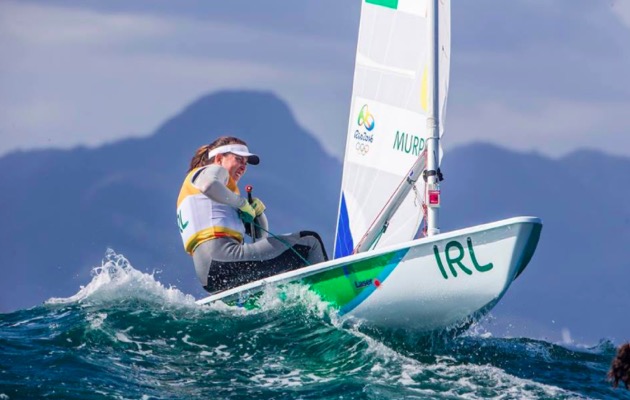 The ILCA (a.k.a) Laser Radial

With silver and gold from the past two Games, Marit Bouwmeester (NED) looks well placed to score a hat trick of medals in the ILCA 6 singlehander, aka the Laser Radial.

The Dutch sailor will be hard pushed to match gold from Rio 2016, however, with the Rio bronze medallist Anne-Marie Rindom (DEN) looking powerful throughout the Tokyo cycle, winning the 2019 world title. 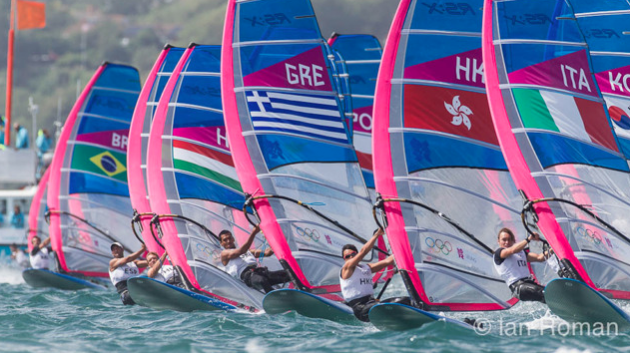 RS:X Windsurfing at the 2012 Olympic Games in Weymouth

In the windsurfing fleets, the Netherlands is favourite to take gold in both the men’s and women’s divisions. Strong contenders in the men will come from France, Italy, Poland and China. All of those countries will be competitive in the women’s division, with Israel and Great Britain also looking strong.

The post Tokyo Olympic sailing: Who will win Gold in Japan? appeared first on Yachting World.