Australian sailor Tom Slingsby has signed with the American Magic team for the 37th America’s Cup.

Slingsby, who has won Olympic Gold in the Laser class, the 2013 America’s Cup with Oracle Team USA, multiple World Championships, and back-to-back victories in SailGP, sat out the last America’s Cup but is widely considered to be one of the most talented helmsmen and tacticians in the world.

He will return with the American Magic team, representing the New York Yacht Club, for the 37th America’s Cup, which will be sailed off Barcelona, Spain, in autumn 2024.

“I’m extremely excited to return to the America’s Cup arena,” says Slingsby. “The AC75s are remarkable craft, and I look forward to doing whatever I can to help our team in their quest to bring the trophy back to the United States and the New York Yacht Club. We’ve got world-class talent on board the boat and backing us on the shore, I’m proud and excited to be a part of it.”

Slingsby is understood to have a US passport, enabling him to compete for the American team despite the strict nationality rules applied in the latest America’s Cup Protocol. He has previously spoken out against the nationality rule, telling Yachting World last summer: “If they’ve only got four entries in the America’s Cup, that means if you’re not part of one of those four countries, you can’t compete. And I just think that’s not fair. 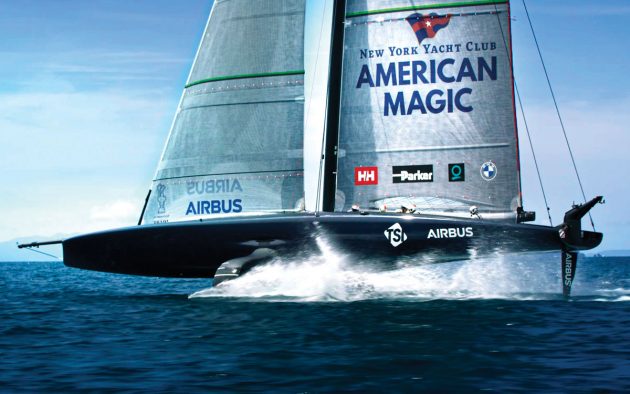 The American Magic team was formed in 2018 by principals Hap Fauth, Roger Penske, and Doug DeVos, and their first AC75 Patriot was well regarded as a competitive design until a crash during racing saw the boat near-sinking. It never recovered its competitive speed, and the team were first to be knocked out of the Challenger series.

However, they are putting together a strong challenge for AC37, with Terry Hutchinson returning as Skipper and President of Sailing Operations, along with British Olympian Paul Goodison on the sailing team, and Tom Burnham as head coach.

“People are the most valuable resource for any America’s Cup challenge, and we’re excited to have Tom on our team,” said Hutchinson. “As a previous winner of the America’s Cup, Tom knows what it takes to climb that mountain. He has shown incredible ability in foiling yachts, and his skill and experience will be a tremendous asset for American Magic going forward.”

It’s not yet been disclosed what role Slingsby, or Goodison, will take on the AC75, but both will no doubt be favourites to take the wheel.

“Having Tom and Paul Goodison, both Olympic Gold Medalists and world champions, driving our AC75 gives us a great competitive position,” says Hap Fauth. “They are fierce competitors who win at the highest level of sailing. Combine this with the world-class team we are building, and I am thrilled with our prospects.” 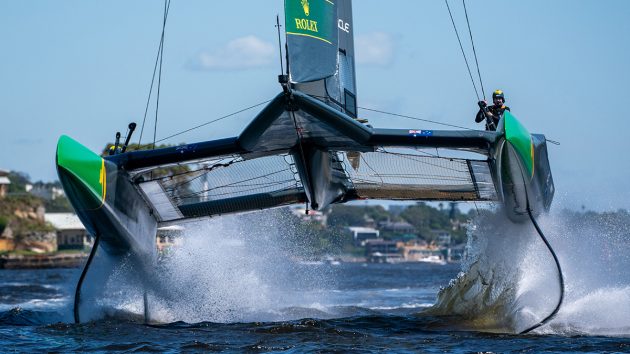 After winning world championships and an Olympic gold medal in the Laser at the 2012 Games, Tom Slingbsy has moved onto becoming one of the most skilled foiling helmsmen in the world, twice winning the Moth World Championships as well as skippering the Australian SailGP team to back-to-back overall series victories in the F50 catamaran. He was named 2021 Rolex World Sailor of the Year.

The post Tom Slingsby signs up with American Magic for AC37 appeared first on Yachting World.