Peter Cunningham’s MOD70 PowerPlay is set for a world record attempt Cowes – Dinard today, Thursday 22 April 2021 and will be going up against another MOD70 in the form of Giovanni Soldini’s Maserati.

The current record for the 138 nautical mile course is held by MOD70 Phaedo 3 which scorched across the English Channel at an average speed of 28.66 knots in a record time of just 4 hrs 48 mins 57 secs. 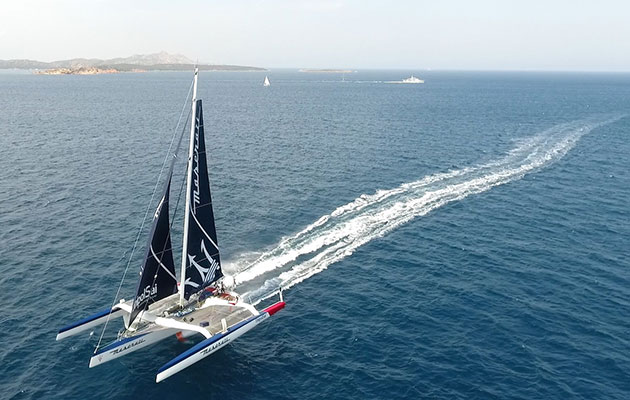 It should be thrilling to watch two of the world’s fastest ocean-going multihulls going head-to-head on a racecourse that dates back to 1906.

“This is a great occasion for the sport, PowerPlay has the greatest respect for Maserati and we know the feeling is mutual,” commented Peter Cunningham. “Maserati beat PowerPlay across the line in the RORC Transatlantic Race but PowerPlay beat Maserati in the RORC Caribbean 600, so this is going to be a fascinating race.”

The post Two trimarans to fight it out in record attempt match race appeared first on Yachting World.