On April 22nd, Vendée Globe hero and the first British sailor to finish the 2020/21 solo non stop round the world race, Pip Hare was our second special guest in a new series of Ask Me Anything sessions on the YBW forum. Here’s a few of the insights Pip shared…

Life after the Vendée Globe

Many of the YBW forum members where interested in Pip’s future plans, whether she would be aiming for another Vendée and of so on what boat.

‘The big goal is Vendée 2024, but there is a lot to do in the meantime,’ Pip Hare wrote. ‘I am looking forward to club racing on Thursday nights in Poole, hopefully the 3 Peaks Yacht Race this year, the Round The Island Race and then the IMOCA Globe Series.

‘I was chartering Superbigou [renamed Medallia after her title sponsor for the duration of the race] and the charter has come to an end, so I delivered it back to France and that is the end of this chapter. I hope the boat will go on to some more adventures. It’s a boat with a beautiful history.’

When asked if she had a yacht in mind for the next edition of the Vendée Globe Pip replied that she has, but said ‘That is all you will get out of me today!’

The Vendée experience for Pip Hare

The Vendée Globe is a unique event and even taking part on the race is a rare feat. Those that actually finish the race –which usually sees at least half the fleet unable to finish due to damage or other incidents – is a very rare thing indeed.

As such it hardly surprising that many questions were about the experience of the Vendée and specifically what it is like to sail alone for the better part of three months, without the ability to sleep for any extended period of time. 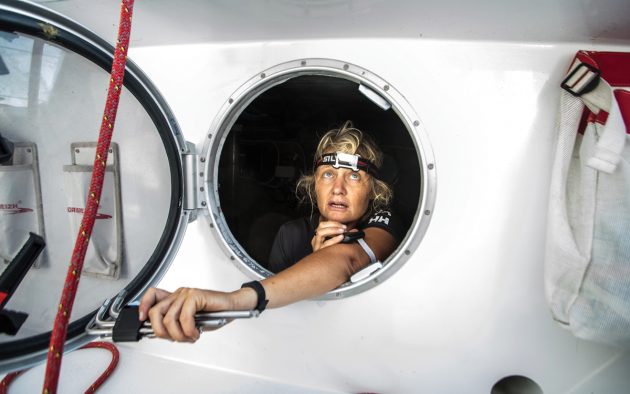 In order to cover every eventuality at sea, Vendée Globe skippers need to be familiar with their boat systems inside out

‘I have sort of learned to sleep in naps over the last 12 years of solo racing and I don’t really train but just adjust my style,’ wrote Pip. ‘I have various alarms to wake me up while I am racing and normally it works.

‘I was sleeping for around 40 minutes each time, then waking to check everything. When my MHU broke I was sleeping for only 20 minutes when the boat was sailing downwind VMG and I was very sensitive to feel, if the boat felt too flat I would naturally wake up as that was an indication I needed to head up a bit.’

Regarding food for the race Pip explained that: ‘‘I had a ten day rolling menu of freeze dried food. I worked with a nutritionist and we planned my meals for the race adjusting for more calories in the southern ocean. I was pretty happy with the variety for most of the time but struggled in the last two weeks – I had got a bit bored by then.

‘I used a jet boil to heat up water which uses a small gas canister so no problem there. The problem was making water but I would always make sure the water maker was running every time I used the engine to top up the batteries regardless of how full my water tank was so I never was concerned

‘I worked with a nutritionist to get a balance diet at sea. I had limited facilities and the boat is weight sensitive so my 10 day rolling menu was made up of 2 or 3 freeze dried meals a day, two pouches of ‘Long range fuel’ which is a nut butter food rich in protein and fats, then dried fruit as a snack.

‘I had vitamins and collagen supplements and had a tin of sardines every 10th day!’

Coping with the race’s stresses

Of course managing being alone for such an extended period of time has long been one of the key challenges of solo racing in genera and solo racing around the world in particular.

‘I think one of the main points is that there is a big difference between being alone and being lonely,’ Pip Hare explained. ‘I chose to be alone and I love it and I feel loved and supported at every moment. You can feel lonely in a room full of people – it’s not about physical proximity to people it’s about relationships. 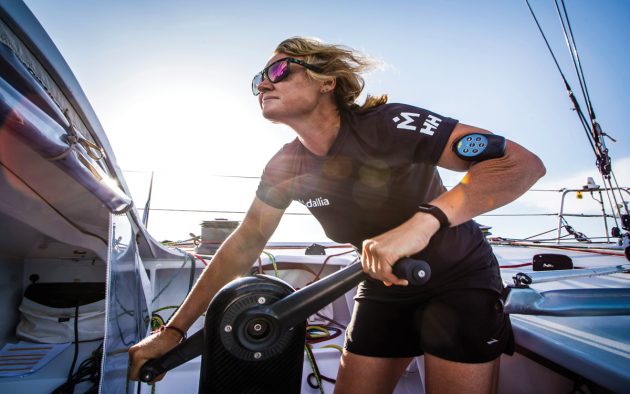 ‘Sat comms are very good now and so I knew I could always talk to someone if I needed and most of the time I had whats app messages from family and friends coming in.

‘But when I did feel miserable I tried to ‘zoom out’ – I would stop focussing on that moment in time, that one thing that was making me feel bad and I would zoom out so far that I could see myself in my incredible boat, on the ocean doing a race I had battled to achieve my whole life. it was a good reminder of how Lucky and happy I felt and that I had chosen to be there and whatever was making me feel bad was just a moment in time and it would pass.’

How to do a Vendée Globe

Logistically speaking a Vendée Globe is a huge undertaking for even the biggest team, for Pip Hare, she had an incredibly small team and one of the tightest budgets in the fleet, so there was significant interest in how she had even managed to make it to the start line and the hurdles she had come up against that had caused the biggest problems.

‘I started out doing everything on my own. All the boat prep, admin, marketing, fundraising. Then I got help from friends and volunteers. Now I have a small but perfectly formed team which is made up largely from the people who helped me out along the way.

‘I had spare battens for the mainsail which were stored on deck as they could not fit down below, I had pilot rams, tiller bars, a spare tiller, a spare water maker, lots of epoxy and carbon plate and carbon fibre, an emergency fore hatch cover and then lots and lots of little bits.

‘The pandemic has been hard on all professional athletes but we were really lucky in that from the start of the first lock down the Vendée Globe organisers supported by the French government were really clear that the race would go ahead. As we did not depend on a full stadium to make it work the organisers were confident they could make it work.

‘Preparations were hard and in 2020 I did not get to meet with or race against any of my competitors so I turned up to the event with no idea of who I should be bench marking against or how well we had done. I still have never spoken to some of my competitors and I am sorry about that.’ 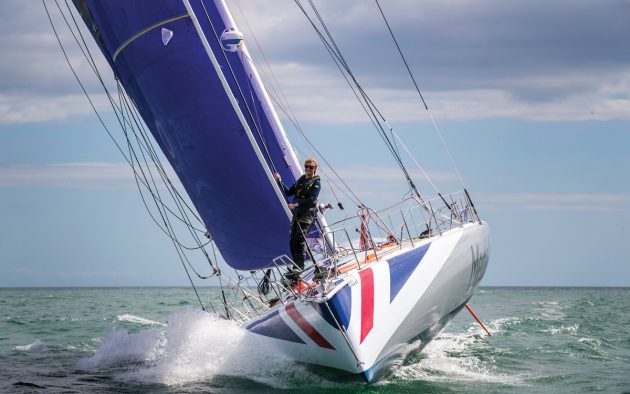 Finally, much had been made in the press about Pip Hare being a female sailor competing against men. Was Pip comfortable on the gender focus on her campaign from the press and the number of other women competing?

‘It’s interesting because one of the main attractions of the Vendée for me is that we are already racing on equal terms. The press may have made a big thing about the women sailing but I just think that was because there was an unusual amount of us.

‘But for us on the water we were on equal terms. I am very sure that none of my competitors viewed me as anything other than a fellow sailor.

The Vendée Globe is a real anomaly in the world of ocean racing – there really is no distinction by gender from a competitors point of view.’

We’d like to thank Pip Hare for putting aside some of her valuable time to answer questions from our forum members. You can see the full Pip Hare Ask Me Anything session on the YBW forum.

The post What we learned from our Pip Hare Ask Me Anything on YBW appeared first on Yachting World.