We ask top sailors and marine industry gurus to choose the coolest and most innovative yachts of our times. This month Don McIntyre nominates S&S 34

The most innovative all-time classic is the S&S 34. As a class they appeared in 1967, a year before the first Golden Globe Race, and Ted Heath [then leader of the opposition and later UK Prime minister], won the 1969 Sydney Hobart in his Morning Cloud.

About 200 have been built since, including 130 in Australia where they are loved to this day. Only one has ever been lost at sea and they are renowned for their heavy weather performance. 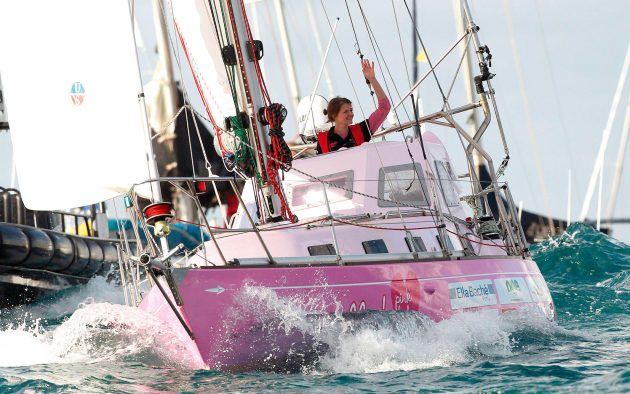 In 2008, when deciding on a boat to support 15-year-old Jessica Watson’s dream to become the youngest ever, solo non-stop unassisted sailor, the choice was easy.

Jon Saunders in Perie Banou twice circumnavigated solo breaking 12 world records. David Dicks as a 17-year-old took the family S&S 34 Seaflight around solo nonstop, followed shortly after by Jesse Martin, also 17, solo and unassisted on Lionheart. Jessica on Pink Lady [then unofficially took] the record from him, and it still stands today!

Australian explorer Don McIntyre finished 2nd in class in the 1990/91 BOC Challenge solo around the world race, recreated the Mutiny on the Bounty, and resurrected the Golden Globe Race in 2018.

He is currently organising the 2023 Ocean Globe Race, celebrating the 50th Anniversary of the original Whitbread, amongst other events.